Having completed the last of the Ros Prussian units (although I have since found enough figures in a drawer for a further four battalions!) I thought it would be nice to show the fruits of my labours.

So, Sunday morning church parade Berlin 1813.  On parade we have 22 infantry battalions, of which three are Jaegers, one Guard, five Landwehr and two Reserve. There are three batteries of artillery and five regiments of cavalry. 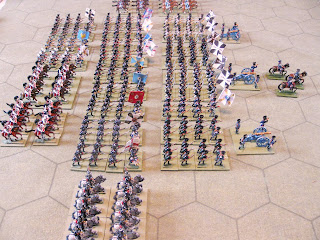 The Jaegers and Line Infantry: 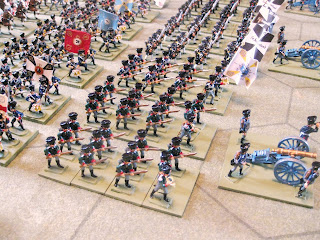 The Reserves and Landwehr: 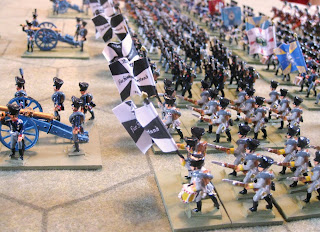 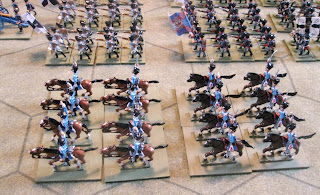 The right wing cavalry, a regiment of Warrior Hussars: 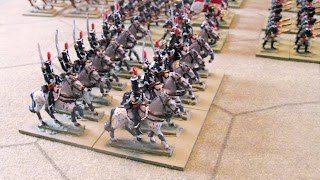 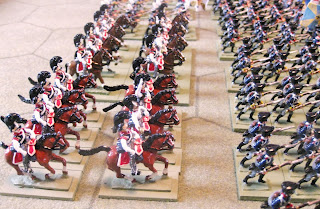 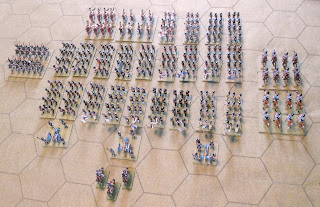