Minifigs S Range recasts of Russian Infantry in helemet and greatcoat, painted as line grenadiers.  The officer is by Hinton Hunt, as I did not like the pose of the S Range offering. 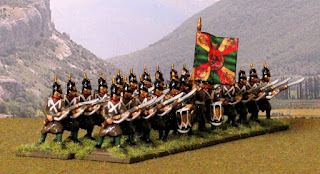 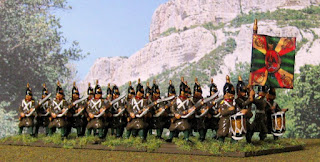 These delightful figures are produced by Old John in what he describes as the Hinton Hunt style, as were the French guards painted further back in this blog.  They are very well detailed and are a joy to paint with crisp well defined detail.

According to my sources the Sardinian contingent consisted of 15,000 men, of two divisions of four regiments each.  There were reportedly five battalions of Bersagleri, all dressed in the distinctive broad brimmed hat, and were armed with rifles. Numerous contemporary pictures show the Bersagleri marching at double time with rifles at the trail - as depicted by these figures: 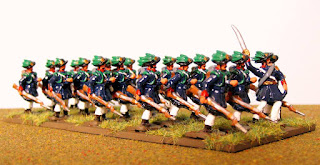 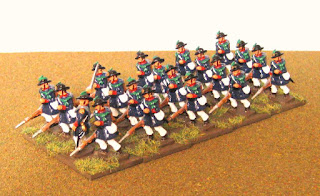 I thought I would hve a go at converting the recent mounted British officer that Old John recently produced. This entailed a head swap and the addition of a saddle roll. The head came from a Minifigs Napoleonic Old Guard officer figure: 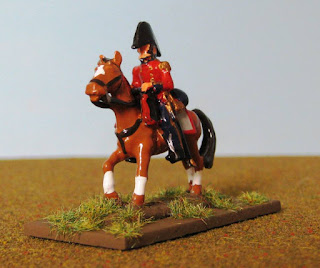 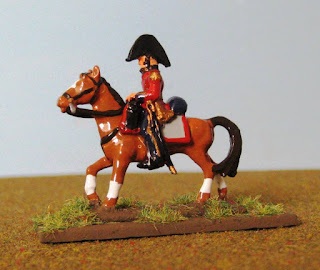 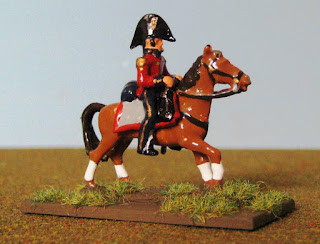 Posted by Bob The Old Painter at 10:57 No comments:

Old John has been busy recently, churning out a number of new castings. The latest for me to have a go at are these three Minifigs S Range Crimean British gunners.  They are a lovely clean casting and with little preparation are ready to paint.  The result is very pleasing. There are a couple of issues that are easily solved. For some reason these figures have sabretaches and full length swords - more in keeping with horse artilley, I removed these, reducing the swords to sword bayonets. The other detail not right are the epulettes, which like the infantry should be fringed - although I guess in the field soldiers would have ditched them. 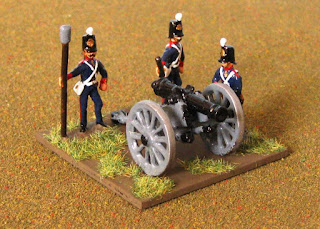 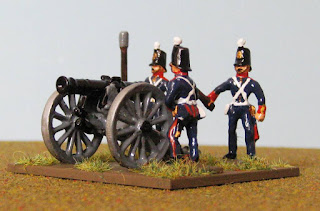 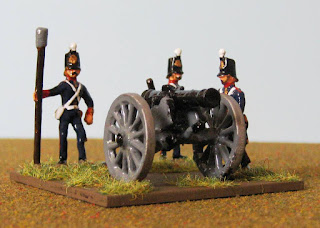 Overall though, a nice addition to the range which look good when painted and based.
Posted by Bob The Old Painter at 06:30 3 comments:

An oddity from the Minifigs S Range, but a charming if useless figure all the same: 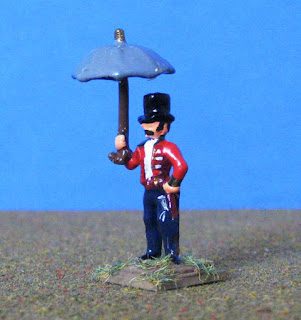