I have continued to work my way through the huge pile of Minifigs ECW figures and another five foot regiments have come off the production line.  As before, I am painting these figures in imaginery colours as a generic force so that they can be used by either side (apart from a few).  Here are the latest completed units: 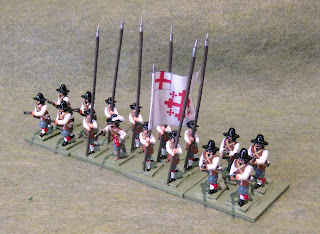 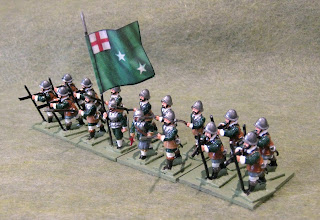 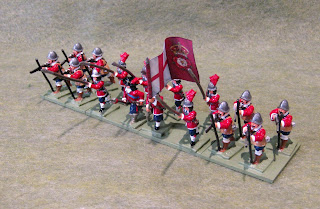 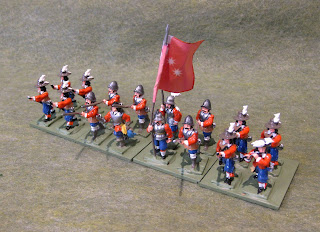 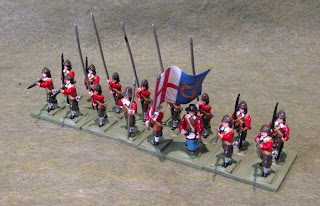 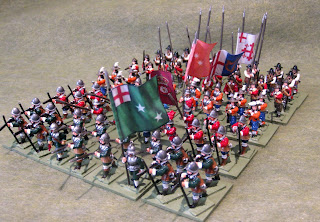 This gives me a total of 10 foot regiments.  There are two more cavalry units nearing completion and another three foot units to finish off this project.  I must say these colourful troops look really nice en masse once painted.

A few weeks back I spotted a group of about 25 colonial figures on that famous auction site and made a bid.  The figures were a lovely mix of Hinchliffe Indian Army and Minifigs British and Zulu infantry.  My bid was successful and a few days later a parcel was dumped on my doorstep.  It was very light, too light and badly beaten up.  When I looked inside, I did not need to open it, the box appeared to be empty. But, hiding amongst the bubble wrap was a lone British infantryman: 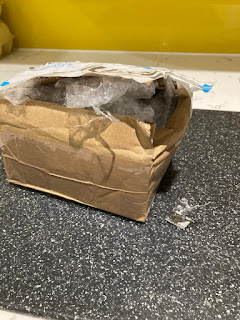 He is a lovely little figure and should have been accompanied by another nine or ten others. All of the Indians and Zulus had completely disappeared.  In vain I scoured outside and along the footpath to no avail.

The seller very kindly reimbursed me and I hope claimed the money back from the shipping company, but what a shame for these fine figures to be lost.

Anyway, I painted the lone survivor.  here he is: 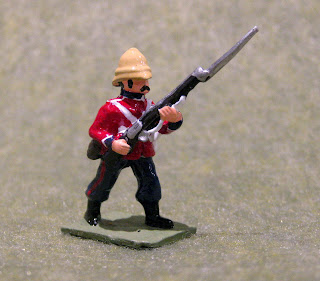 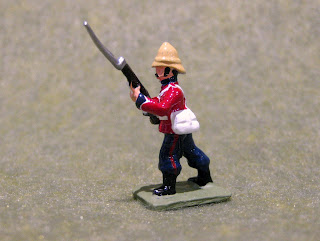 I plan to acquire some more when they become available.

During Lockdown One last year, I set myself the project of painting my Ros Figures Prussian Army, with around 20 battalions, guns and cavalry.  This worked out quite well and helped pass the time and also gave me something tangible at the end. The theme of this project is Pike and Shotte, based upon the English Civil War.  My reason for this is that I had a reasonable pile of Minifigs 25mm ECW figures that had been sitting unloved in a drawer for decades, and when I purchased a large portion of the Eric Knowles SYW collection, I discoverd that a number of Militia units were made of of ECW castings.

When I had sorted them all out there were enough figures for 10 -12 infantry regiments consisting of four stands with 16 figures; three gun batteries and six cavalry regiments (of six figures).

I already had acquired some command figures, half of which were beautifully painted, just in need of basing and touching up.  Here are the forces so far: 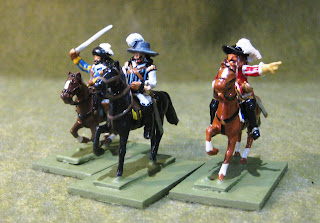 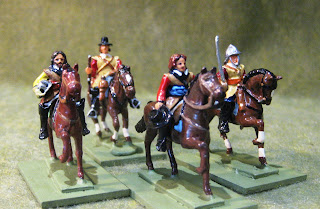 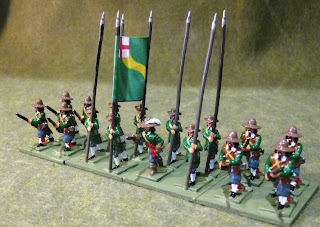 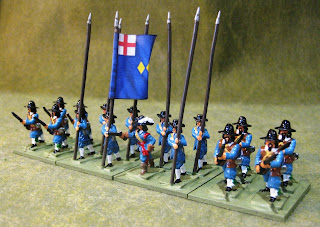 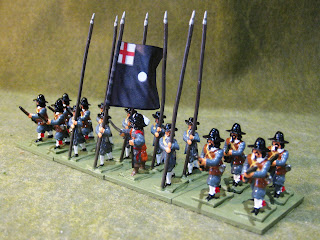 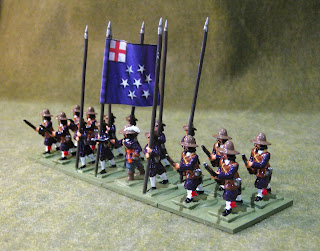 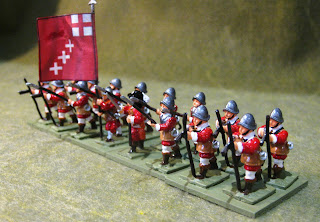 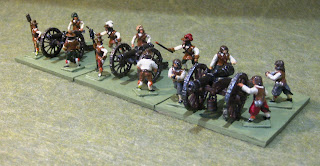 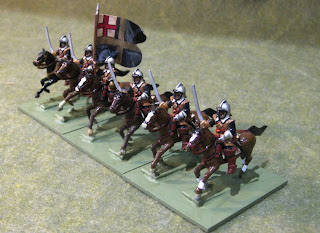 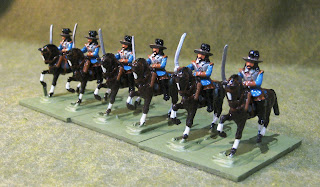 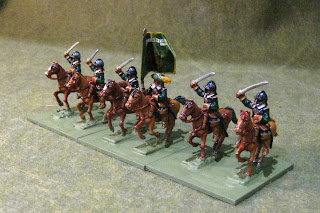 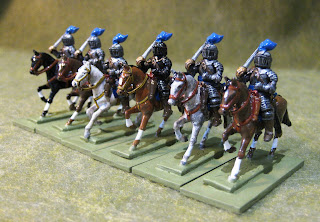 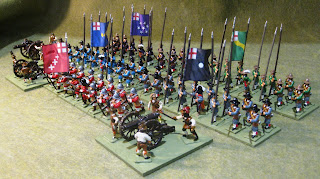 I have taken an 'imagi-nations' approach, painting the units in generic ECW colours.  This will permit me to mix and match to play out different scenarios.  In the coming days I hope to finish off four more infantry units and two more of cavalry.