These splendid fellows were a real joy to paint and add some mobile heavy metal to my French Peninsular forces. Strictly speaking, these are Guard Horse Artillery; their line brethren wore shakos, however, they will serve well supporting my French cavalry.

This group completes my French artilley, with one horse and three foot batteries: 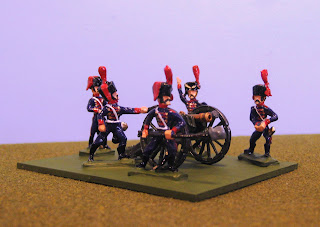 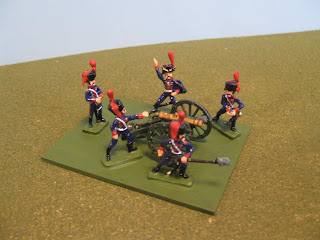 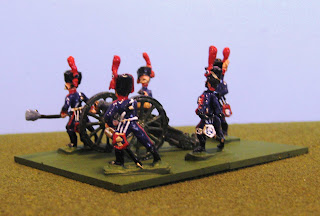 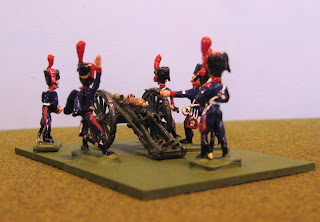 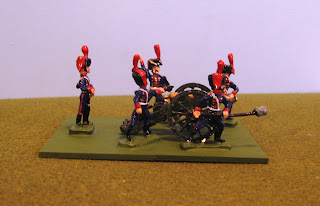 Next off the production line are these Warrior Miniatures British Foot Artillery. Unfortunately Warrior only produce post 1812 figures with the Belgic shako, so I had to do some head swaps to give them stovepipe shaped shakos.

The conversion worked well and the figures were fun to paint. The result was quite pleasing: 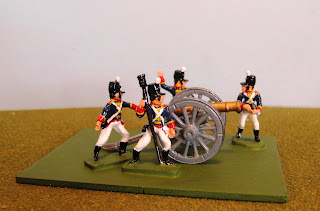 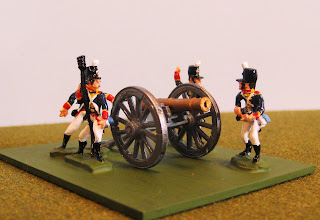 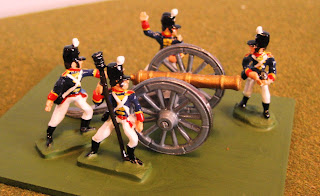 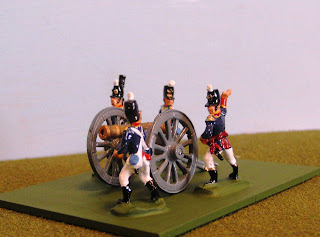 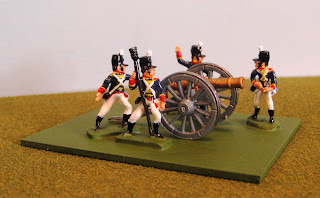 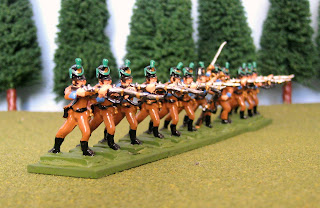 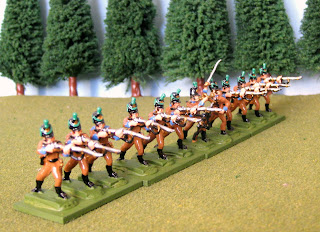 It has been a while since my last post, but my gaming room was taken over by guests during Christmas/New Year, which led to a flooded bathroom, which affected the gaming room, putting it out of action for even longer. Workmen will be in this week to sort things out. As a consequence production of painted figures and games have been very limited.

However; I found some very old and battered cavalry figures that came with an ebay purchase. I had almost discarded them, when I realised that in fact they were by Warrior and were early versions of their French Guard Grenadiers a Cheval. I bought two more to make the numbers up and repaired some broken swords. Here they are after a lick of paint: 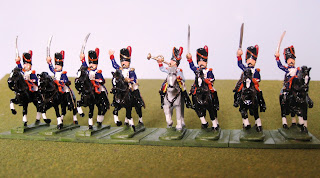 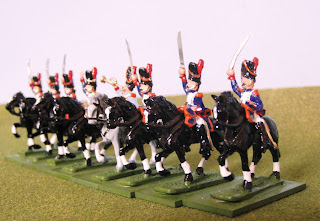