Last night I finished off the last of the figures in the British Army starter set making up 15 battalions of infantry, seven of cavalry and five batteries of artillery.  In all over 1000 figures.  I must confess that I did not paint them all, sending a load off to a painting service. On completion they look good and fit in well with my 5" hex playing surface.

Here is an army overview: 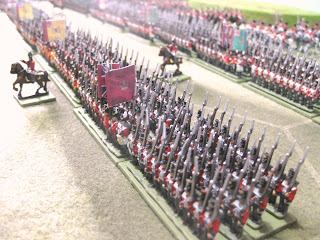 I bought some French and painted them as Nassau allies. I will paint some Belgians and dutch too: 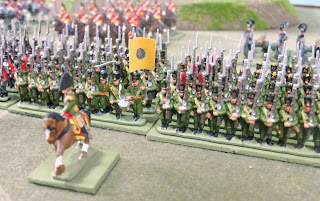 There is a heavy cavalry brigade of four regiments: 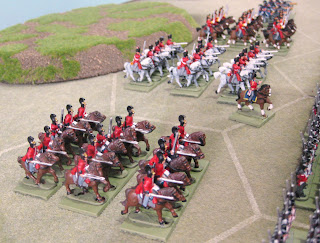 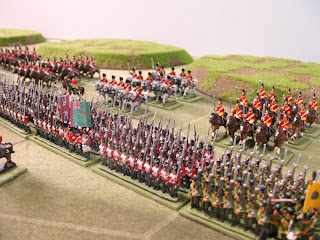 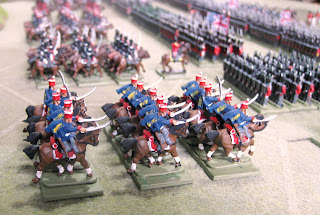 Each cavalry Brigade has a horse artillery battery in support: 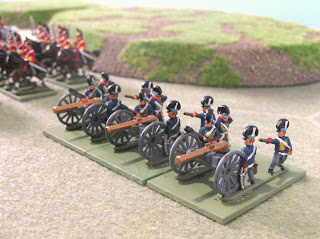 As well as three batteries of foot artillery: 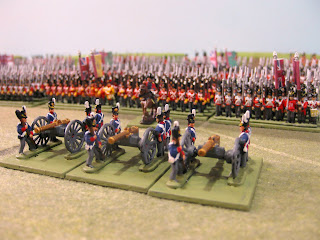 Finally a command group as there are plenty of spare mounted officer figures: 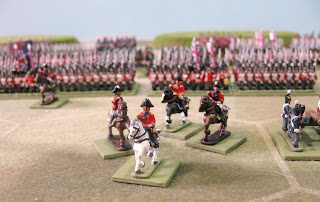 I have been slowly working through the pile of lovely FIW figures, kindly donated to me by Bob Black.  The latest offerings are some redcoats and some militia: 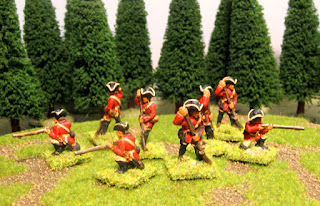 There were very few redcoats, so I have ordered a few more including an officer.  The militia have greater numbers but again no officer figure: 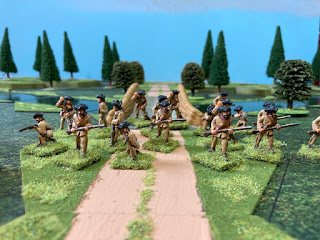 Almost finished is a Huron warband and some French militia.  They will be completed once the war room returns to a bearable temperature.  This project will be finished with some white coated French infantry, which are already on the painting desk.

Posted by Bob The Old Painter at 07:39 No comments: