This time in red facings we have the 17th Lancers. Once again these are Hinton Hunt, probably Brunswick Napoleonic Uhlans. 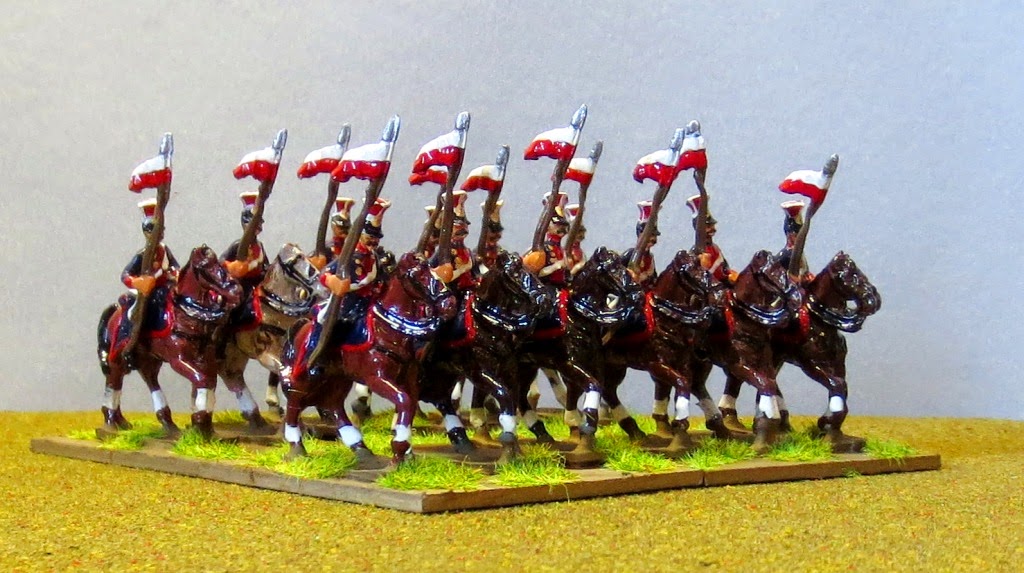 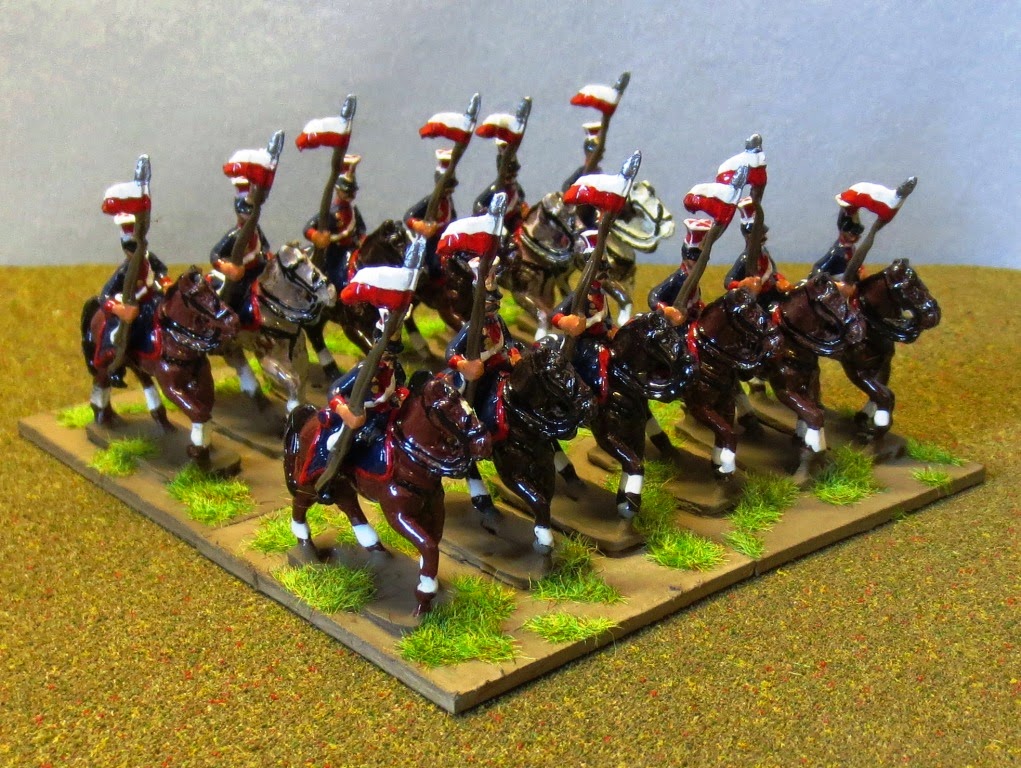 The two regiments together will form the cavalry reserve:

In the pipeline are more Turkish gunners to man the redoubts along the Causeway heights!
Posted by Bob The Old Painter at 14:03 3 comments:

Continuing to build the numbers of Russian cavalry units, this lot represent the Russian 13th Lancers, with their yellow facings. The figures are old Hinton Hunt 20mm examples that have been lurking in a box since the 1970s.  A second regiment of the same figures is almost complete, which will make up the Divisional light cavalry brigade: 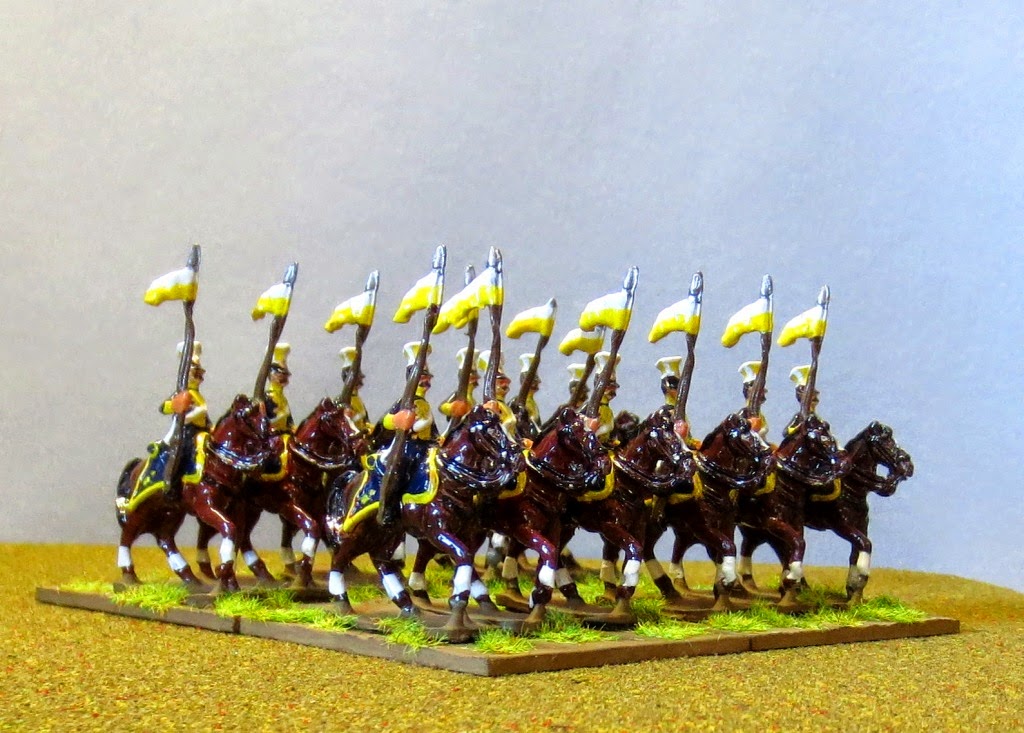 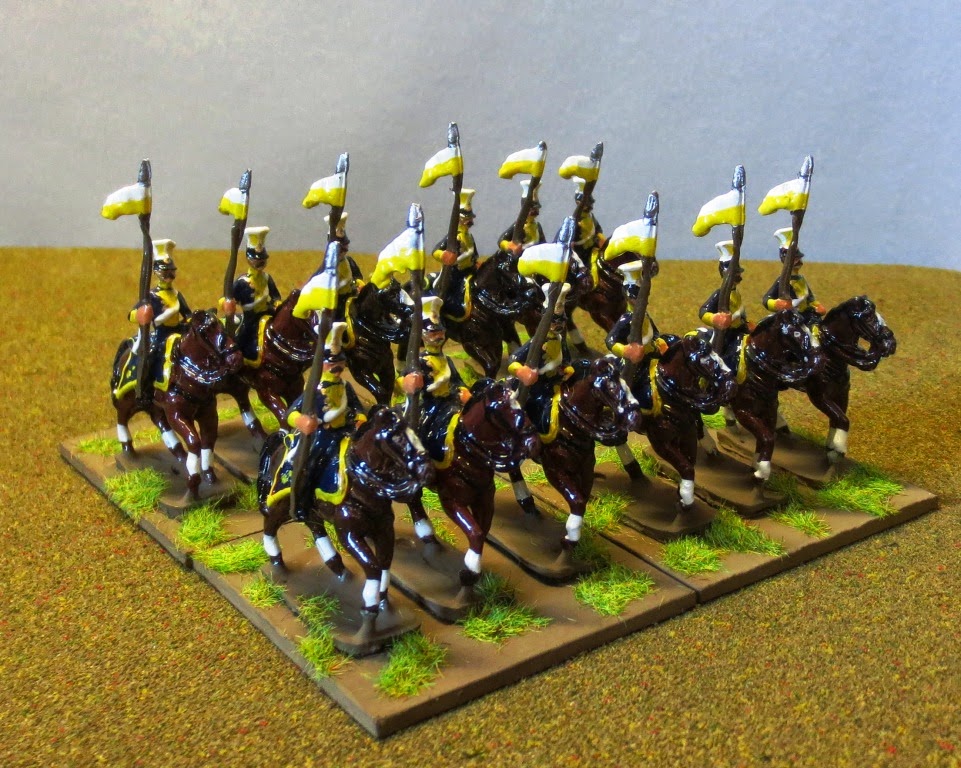 Adding to the Russian Cavalry hordes, the next unit to join my Russian Army are the Ural Cossacks. They are 20mm plastic figures from the firm Strelets and their Crimean War range. It took me a while to work out the colours of this Regiment. My initial foray on to the interweb suggested that they should have light blue facings and I started to paint them with this in mind, however, further research stated that they have raspberry or crimson facings/piping - so that's what I have gone for.  I was a bit doubtful about these figures to start with, they appeared rough and chunky but, once the undercoat was on  I found that they were a joy to paint. 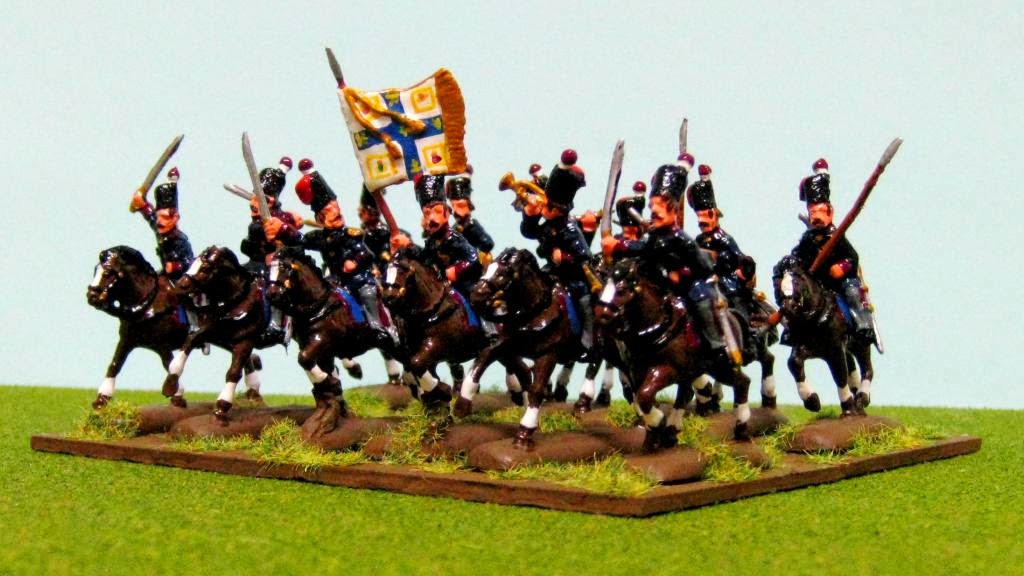 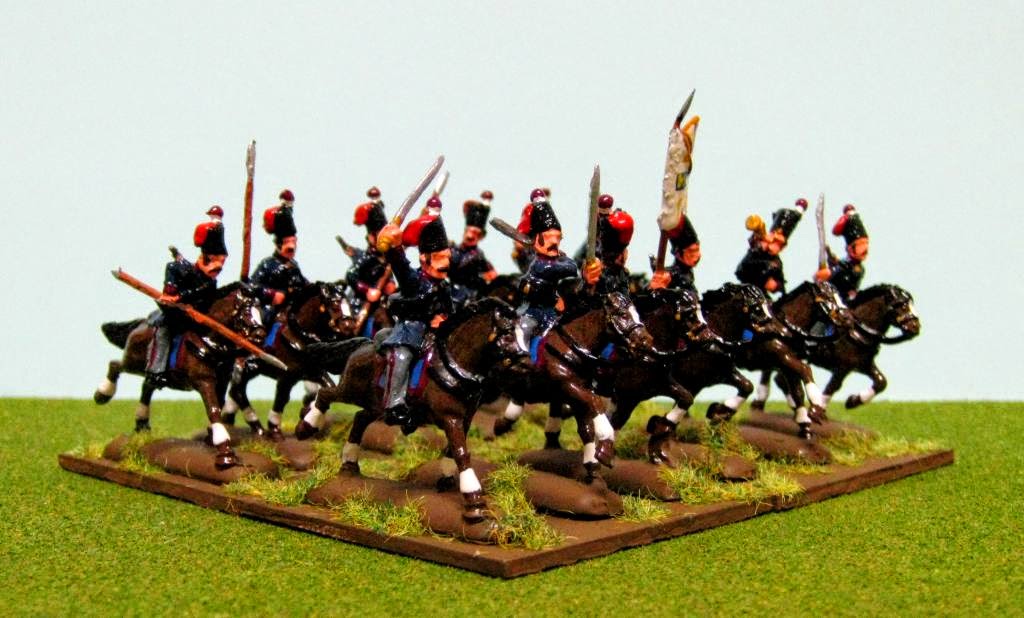 Next up, a Regiment of Don Cossacks
Posted by Bob The Old Painter at 09:08 No comments:

A second unit of Russian Lancers, which will form part of the 2nd Composite Regiment as formed during the Crimean War. I have trimmed the lance pennon from the square ended original of the Douglas figure to what appears to be the more common swallow tail variety. 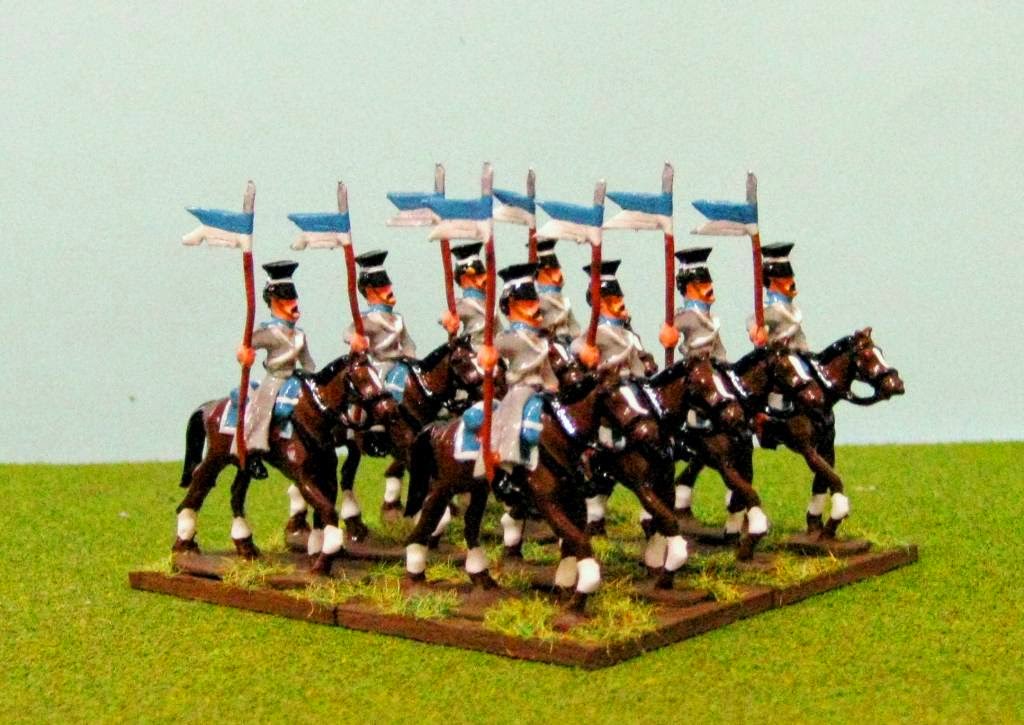 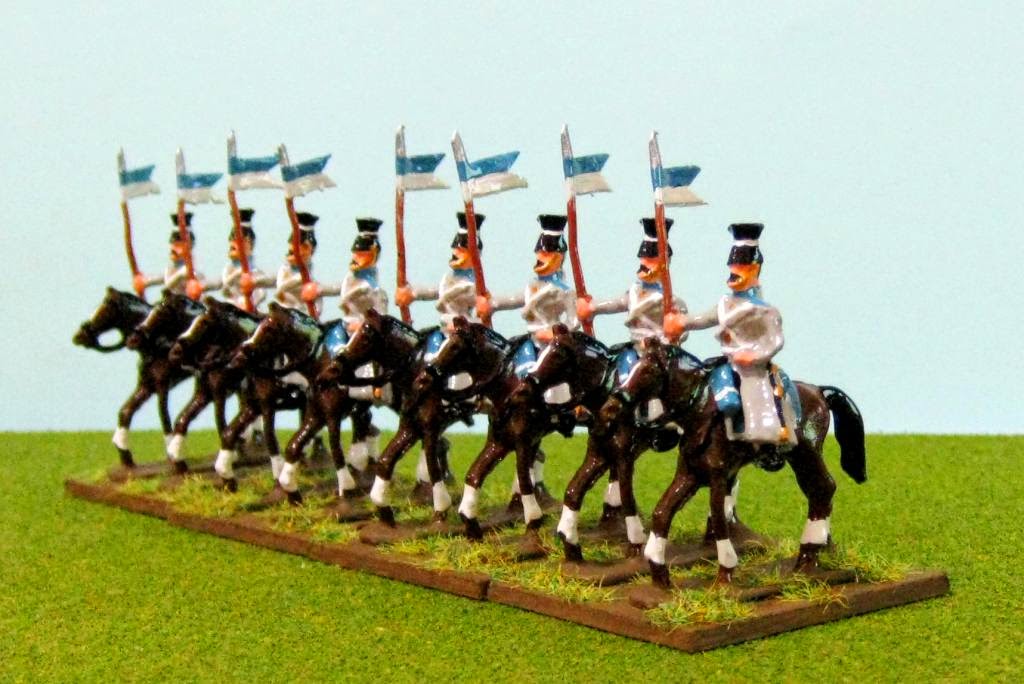 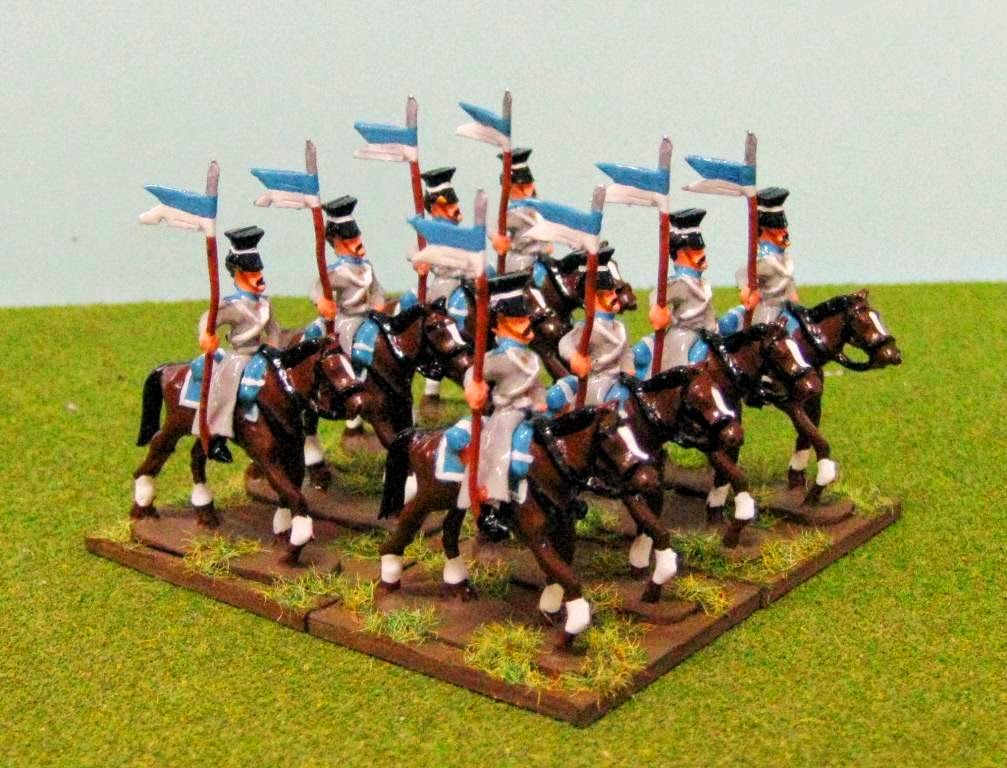