Ever wondered what happens when a box of lead soldiers is dropped from 7ft from the top shelf?  Well it is not a pretty sight.  That is what happened to me a year or so ago.  I was repainting, renovating and basing around 100 Medieval figures when the disaster occurred.  I was so annoyed that I simply put them back on the shelf and forgot about them.

A couple weekends ago I opened the box and tipped out the contents.  Most of the figures were just paint chipped and twisted.  A few lances and pointy bits had broken, especially the standards. The cavalry were worse off and I am still working on those figures.

Anyway, having finished off my ECW project and in between other things, I have been working on restoring these old figures. They are mainly 25mm Minifigs War of the Roses and Hundred Years War items.

Most of the infantry has been sorted out: 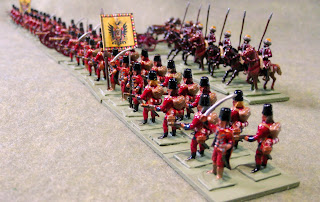 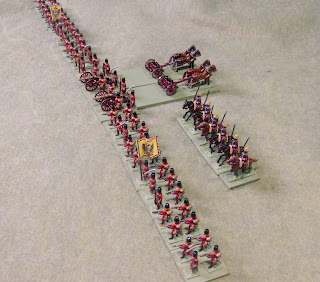 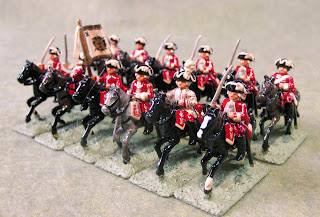 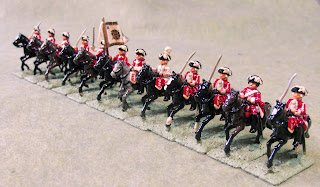 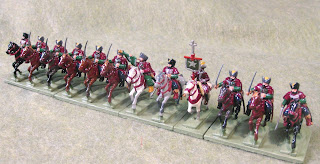 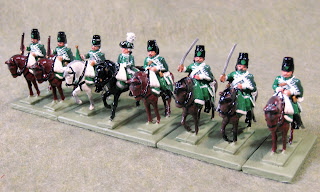 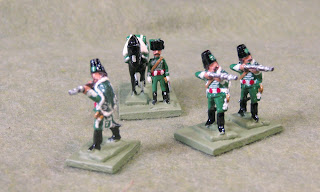 I have been slowly collecting these figures for years and recently I acquired the last piece to make up, what I believe. is a full set of the vintage 20mm WW2 US Infantry.  There are five in the series, numbered A1 - A5.  Here is the set:

They are charming little figures with that 70s naivity.  Here is my complete collection - all eight of them:

Unlike the German and British sets Hinchliffe do not appear to have made any support weapons or gun crews, but I may be wrong - I usually am!

I acquired these figures last year and was not quite sure what to do with them.  I have decided to paint them to represent Indian soldiers serving in th Middle East, although they could be used in the Far East and Northwest Frontier: 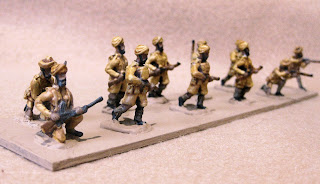 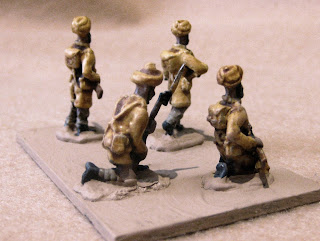 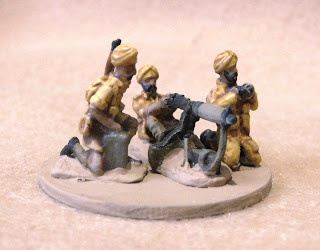 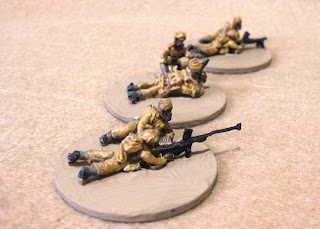 I used a quick paint method of a few block colours, a sepia wash and a bit of highlighting. I have some more riflemen on the paint table. I have no idea what make they are, but they are quite nice castings.

I continue to play around wit shading for the edges. Next up are some Carthaginian elephants. In this case I have used a light grey brown (Humbrol 72) for the edges.  I think this works quite well and is less stark than the black:

I was sent these figures last year and I believe that they were from the Eric Knowles collection.  They were unpainted and I thought it was time that they joined the eight that I had already painted.  They will be useful for a number of scenarios for the late 19th and early 20th centuries.  There was also a pile of around 40 Sudanese riflemen in the box.  They will be painted over the coming months.

Here are the Afghans.  The command figures are by Irregular Miniatures.  I am not sure of the origin of the standard bearer: 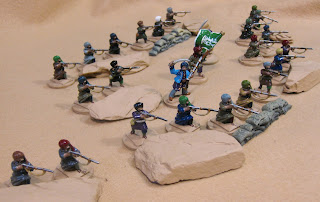 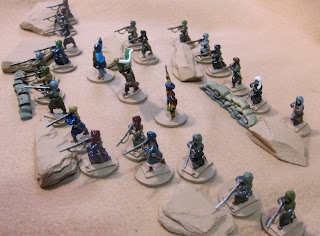 A couple of months ago I bought a Wofun starter set that provided two small Punic War armies.  I have had mixed feelings about these figures and so I put them away for a bit.  Now, with a little more time on my hands, I thought that I would take another look. The two things that I do not like about these figures, which are neatly painted and look quite nice, are the bases and the clear plastic edges.  The edges are paticularly obvious with the 18mm figures, at around 3mm thick - much greater than the more traditional paper figures.

Here is a unit set out.  The clear/white edges are quite pronounced.  Also, the dark edges of the base do not help either:

After some deliberation I decided to paint in the edges of the figures and paint the bases to match my 'sand' playing area:

I think I prefer the painted samples and this is likely to be the way ahead, although it will be a bit of a chore doing two armies worth!

During the last few days I have rebased and tidied up my remaining ECW cavalry figures.  I have also decided that this will be the end of this project, certainly for the time being as I now have sufficient figures for some reasonable sized actions.

These cavalry figures are really lovely.  They are not my work and I must give credit to the original artist, whomever that may be.  All that I have done is touch them up and rebase them. These latest figures allow me to deploy two 12 figure regiments: 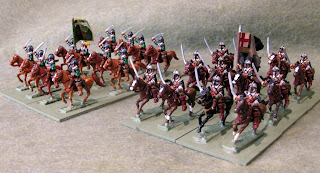 So, I now have 11 foot, four cavalry and three artillery units.  There are more to paint, but they can wait until later - another lockdown maybe!