I ordered some Crimean War sample Turks and French from the Scruby 25mm range, which are now manufactured by Historifigs, in the USA. I should add that the friendly service I received was excellent. I also like the quality of the figures. I have set some up along side a couple of Douglas figures to get an idea as to how well they would blend in. I think they will work well.

First we have some infantry. The Scruby figures, a Turk and a French soldier, are on the outside with a Douglas Guard and Highlander figure in between:

The cavalry work well too, although the poses of the horse and rider are very different between the Scruby figure, seen on the left and the Douglas Hussar on the right: 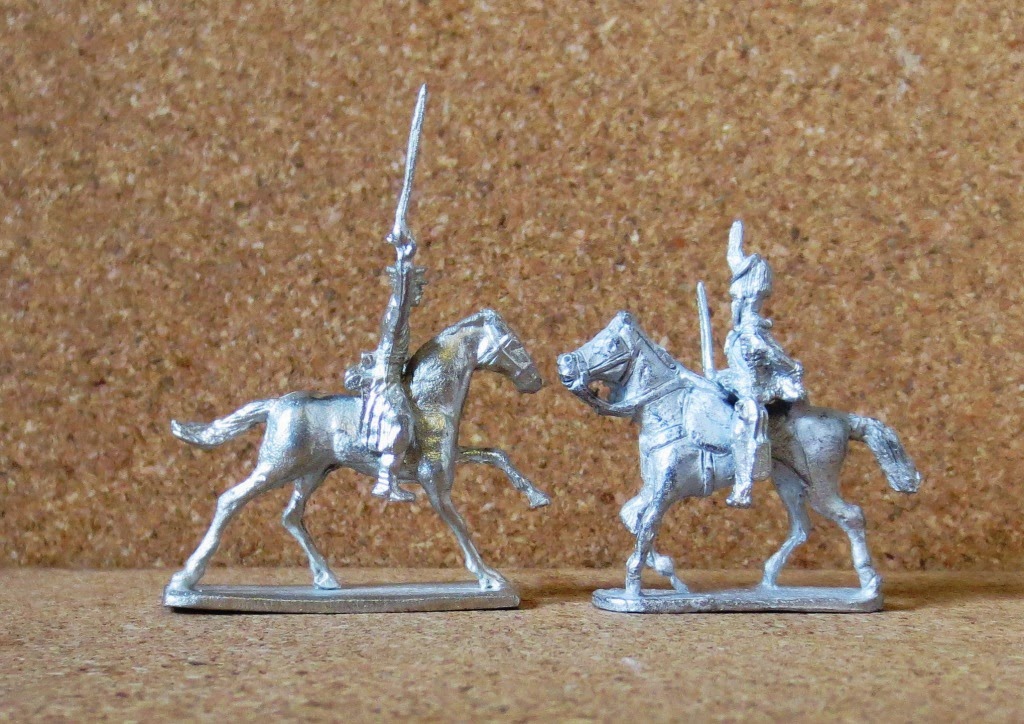 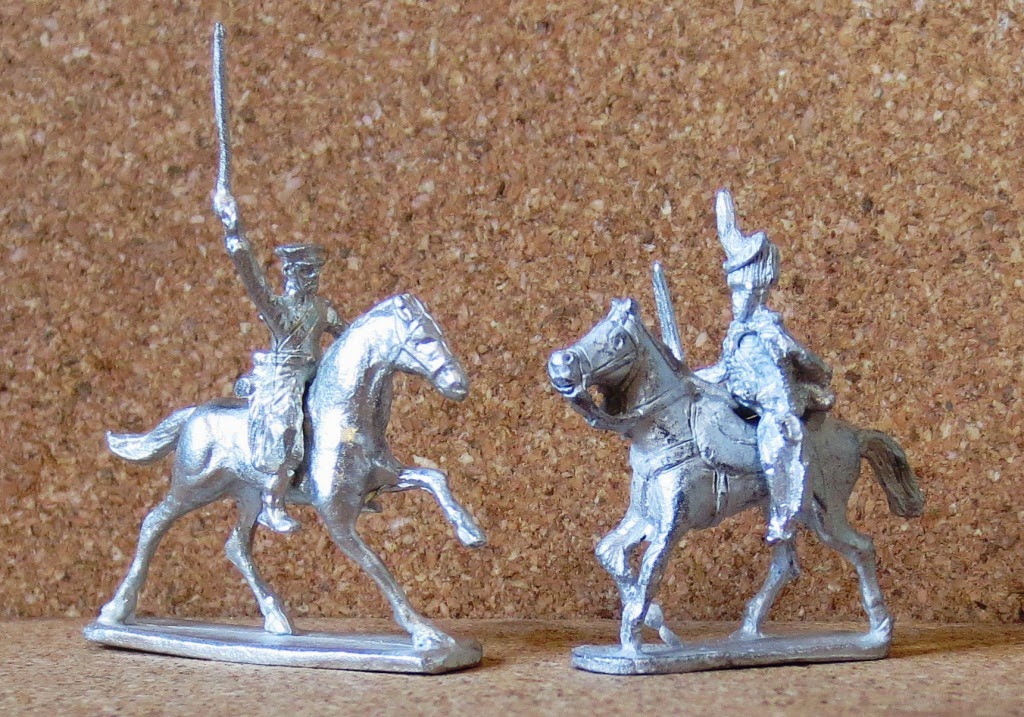 I think I will opt for the Scruby French and Turk figures.

I am still trying to find some figures to bolster up my representation of the French in the Crimea. As mentioned earlier, the Douglas Miniatures Crimean range consists of just the one French figure; namely the Zouave, and it would be good to have some more ordinary troops. I ordered some samples of the Minifigs S Range Crimean French figures from John Cunningham and have painted a few. Height wise they match up quite well, but they are generally more stocky when compared to the slender Douglas figures - but they do look nice and there is a good selection. 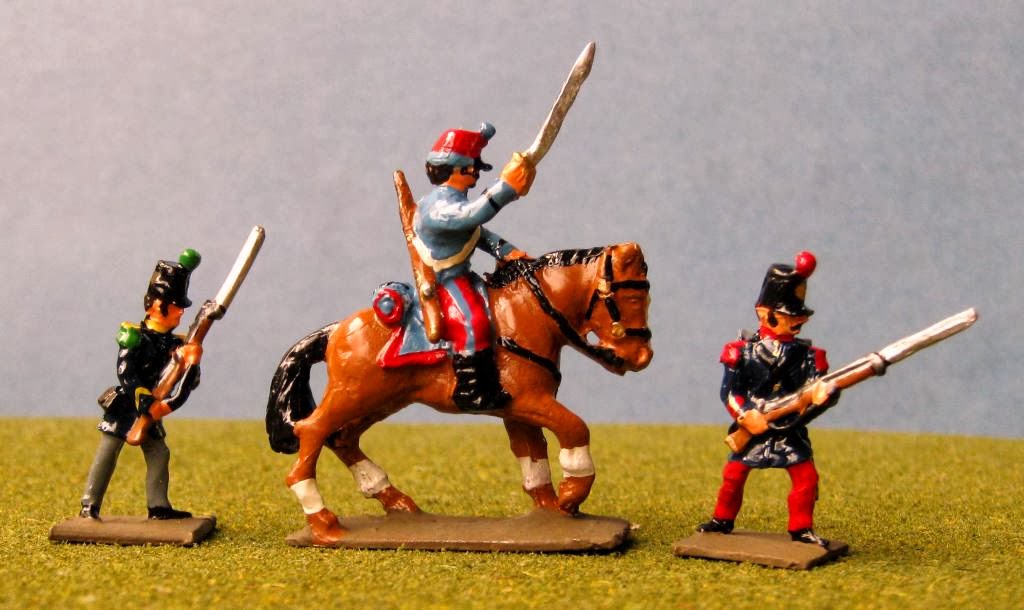 The figure on the left is actually a US ACW Marine, painted as a French light infantryman. The Chasseur d' Afrique cavalry figure is a one piece casting and unfortunately, the rider, in my view, is too large, and he doesn't look right next to the Douglas cavalry types. The infantry figures match quite well. I also painted up a Franco Prussian war French general, although slightly larger than the Douglas figures, he works quite well too: 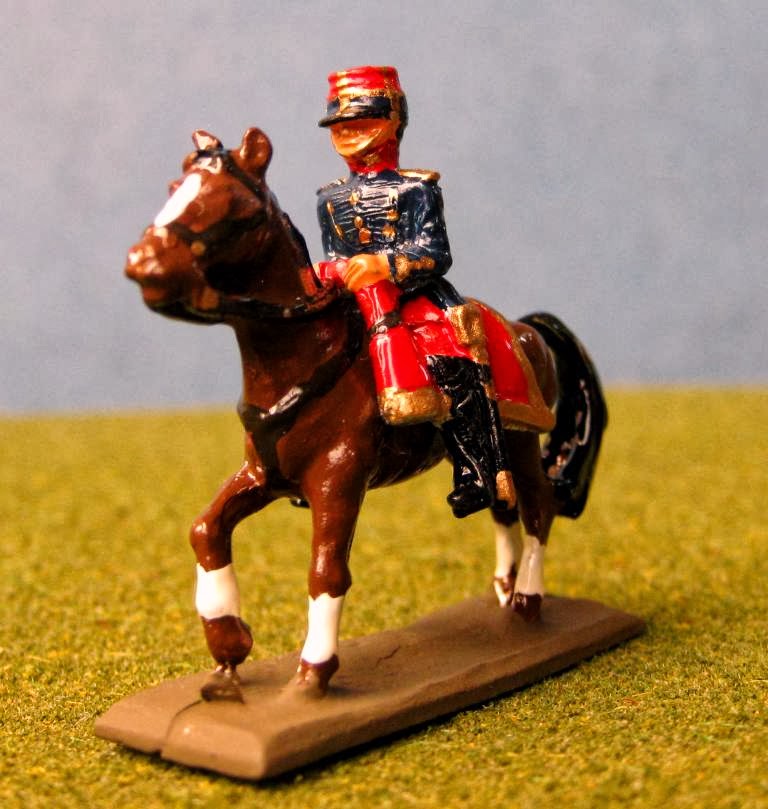 Here are some comparison pictures. First cavalry, the Douglas figure is in the centre; 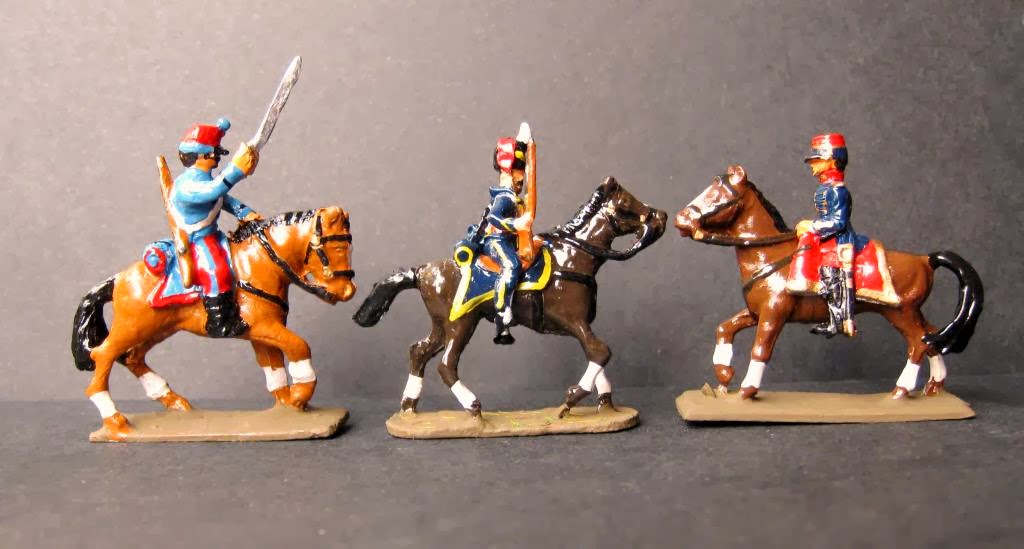 Second, the infantry, again with the two centre figures being Douglas Miniatures.

I have to say that I really like the ACW US Marine figure as he is the right size and of a slender build.

Before I commit I have also ordered some Scruby 25mm French and Turks from Historifigs in the USA. We shall see how well they blend in!