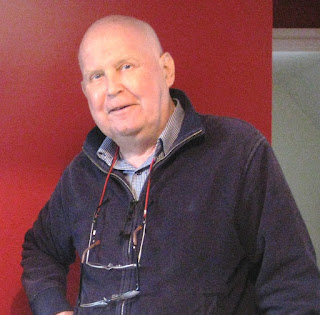 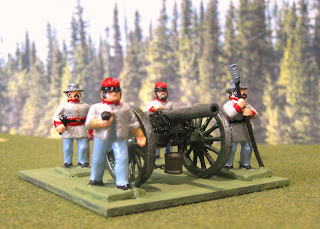 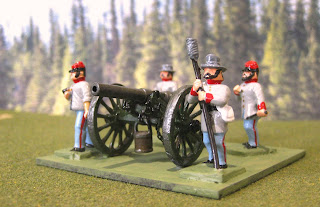 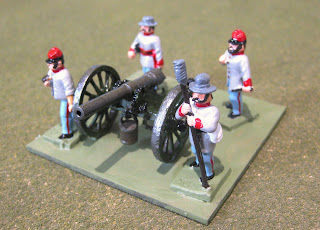 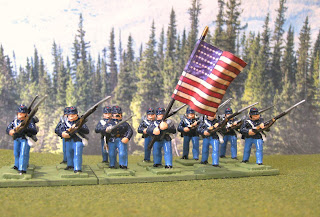 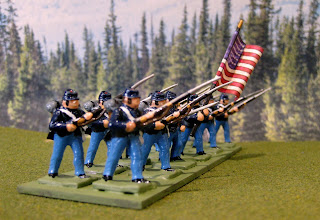 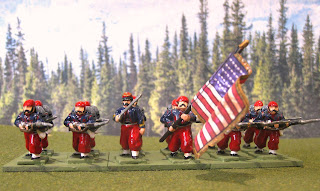 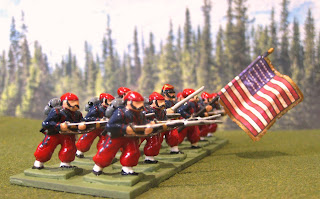 I bought these figures off Ebay a couple of months ago from a chap in France.  The figures had been neatly painted in a very basic way, so I set about touching them up and adding detail, such as facings, buttons, hair etc.  The result is a very pleasing little gun and crew.

The figures are by Miniature Figurines and are 25mm scale: 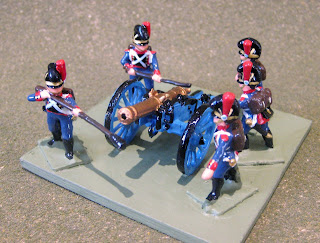 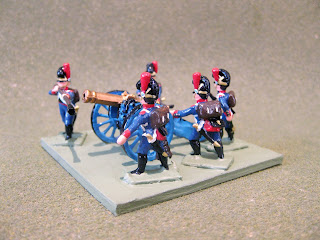 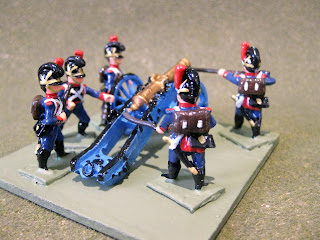 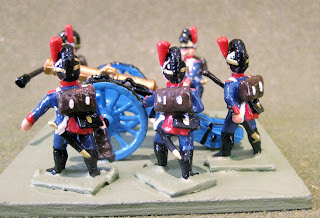 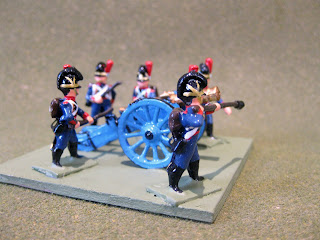 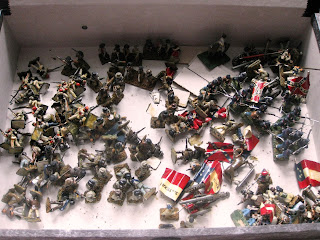 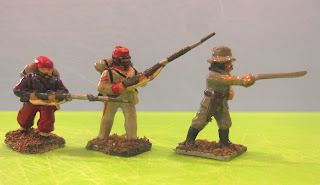 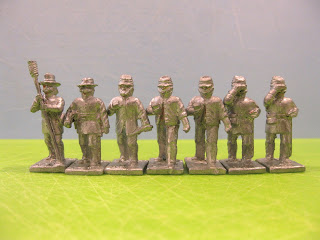 Last week I was paid a visit by the ABC Wargamers, well B and C (Bob and Alan).  We set out to play a long promised wargame, using a set of heavily adapted Command & Colors rules, that essentially dispensed with the cards and were reduced to one side of A4. The aim was to provide Bob and Alan an introduction to the mechanisms and to provide a quick game.

The scenario was a Peninsula War Napoleonic action which saw a French advance guard attempting to seize a river crossing held by a Spanish force. Reinforcements in the shape of a British Brigade were en route to join the action.  I took on the French, Bob the Spanish and Alan the British.

This is the layout of the action There are more French units off camera to the left: 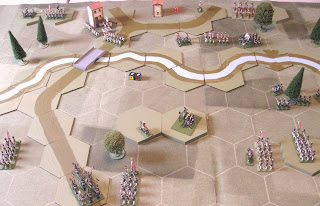 The French, who were attacking, planned to push hard on the right flank to capture the ford in an attempt to draw off troops from the Spanish centre and left, and hopefully draw in any reinforcements. Once committed the French would switch their attack to the left flank.

Things went well for the French to start with. An artillery bombardment, with infantry and horse artillery moving on the right flank saw off a Spanish regiment and did considerable damage, but a irritating Spanish battery did some damage to the French: 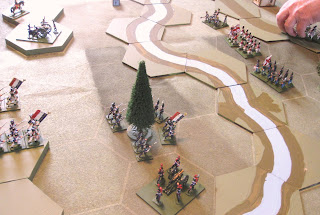 The French plan, however, was working and the British reinforcements arrived and beefed up the Spanish who by now were now under pressure: 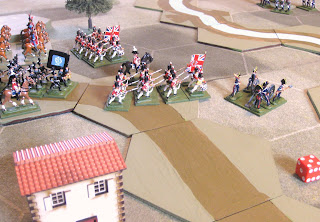 With the British committed and the Spanish left fixed, the French attack switched to the other side of the field.  There, a desperate action took place, with both sides committing cavalry to the fray: 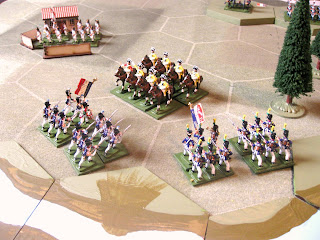 The French mounted several attacks but each time they were thrown back by a very spirited Spanish resistance.  Eventually the French were worn down by artillery and musket fire.  It was clear to the French commander that he lacked the forces to breakthrough in sufficient strength and so he broke of his attack upon reaching the exhaustion point.

The battle was a closely fought affair that swung back and forth. At one point it did seem that the French would break through and the battle hung in the balance. But it was not to be. All of the figures used were 25mm Warrior Miniatures. 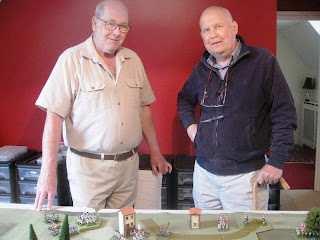 Apart from a few adjustments that will be needed, the game worked well. The whole action was completed in less than two hours; plenty of time for a post match debrief over lunch!

Another unit completed. these are British infantry that I shall use alongside my recently painted Gurkhas and Screw Gun team in an Afghan setting.  The figures are by Barry Minot and must be going on 50 years old:

This morning I finally finished off my Dervish cavalry. There are 12 figures, which will allow me to use four three figure units if using the Portable Colonial rules.

The figures are by Miniature Figurines and are 25mm scale.  I was a bit dubious about these figures when in their raw metal state, but they don't don't look too bad once painted: 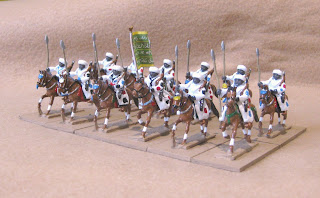 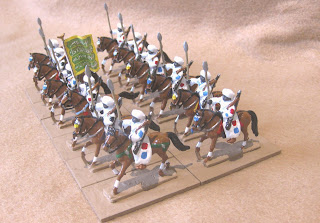 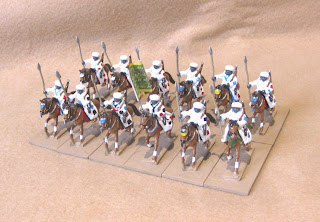 Apologies to those who left comments on my last post, but my laptop seems to have contracted COVID 19 and failed to work.  I have also reverted back to the earlier version of Blogger, which seems to have made life easier.

In the meantime, I have continued to work on my colonial armies, with some more Afghans on the go, a British battalion nearing completion as are a hoard of Dervish cavalry.

Completed yesterday are these Gurkhas. They are original Charles Stadden figures and will provide  adversaries for my Afghan tribesmen: