I recently acquired some figures that come from the game 'Combat Hex' .  The figures are part of a game system that includes a set of skirmish rules with fantasy figures being engaged in combat. Each figure is about 40mm high and mounted on a rather bulky plastic base that has all of the information to move and fight the figure printed on it, with some sliding bars to record wounds and action points: 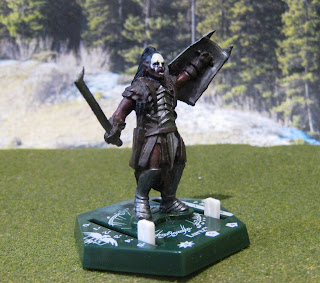 As I understand it the game never really took off and has been overtaken by other rulesets and figures.  This has resulted in a large number of figures being available for sale at very attractive prices. A single fully painted figure can be obtained for well under a £1.

So, I bought some to experiment with them.  I decided to cut off the ugly base and mount the figures on MDF bases. I shall organise the figures to fit in with Command & Colors Ancient rules. 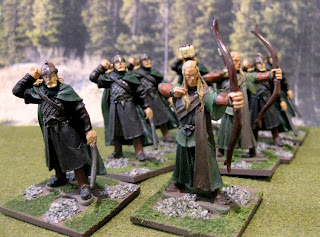 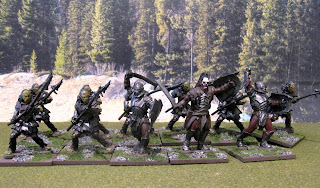 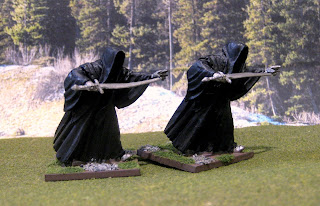 I have got some more coming and will have sufficient for two small armies.

Email ThisBlogThis!Share to TwitterShare to FacebookShare to Pinterest
Labels: 40mm, Combat Hex, Lord of the Rings

To give my recently painted US Marines an opposition I have started to paint some Airfix Japanese infantry.  To begin with I thought some dug in infantry would be required and rather than just stick the figures behind some sandbags or similar I thought I would try and make some trenches.

This is the result: 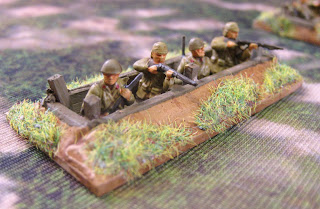 I constructed the trenches by first building a framework out of matchsticks: 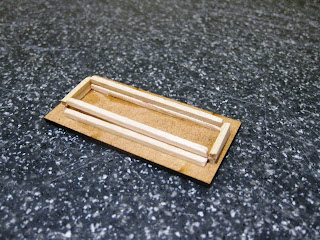 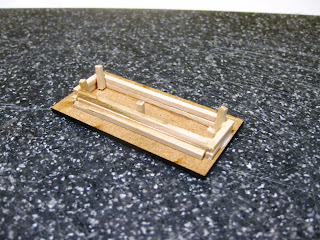 Cut some figures at the waist: 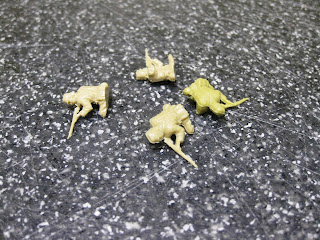 Stuck them in the trench: 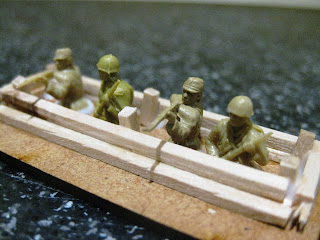 Built up the earth using filler: 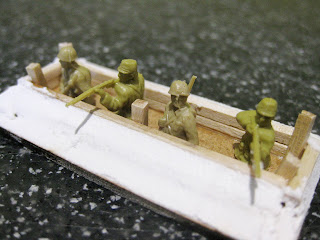 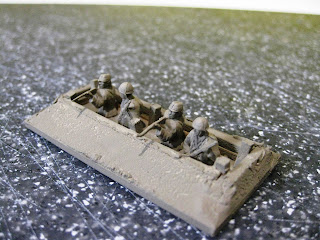 Then finished off by painting the figures, shading and adding some flock, resulting in instant defensive positions: 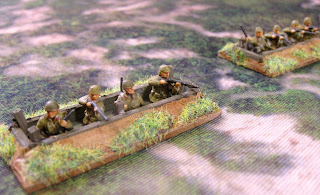 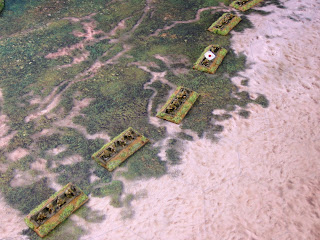 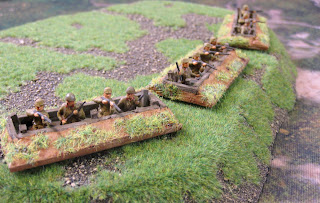 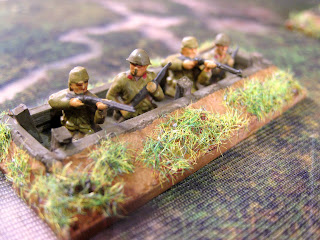 A few weeks ago I received some kindly donated Airfix US Marines.  Some were in an original box with some very insprational artwork: 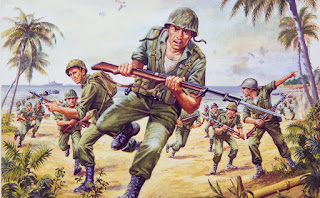 All sorts of ideas emerged and I decided that an assault on a Japanese held island, run as a linear campaign, as described in 'Developing the Portable Wargame' might be an interesting project.

I have painted loads of Airfix marines before, but normally as ordinary US infantry.  After a little research I decided to go for a plain green uniform with camouflaged helmets. I had to convert a few to create mortar teams and re-roled some Matchbox US infantry.  Here are the results: 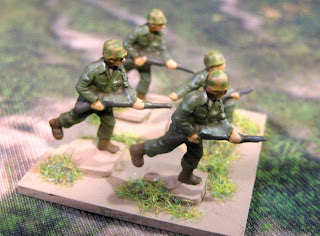 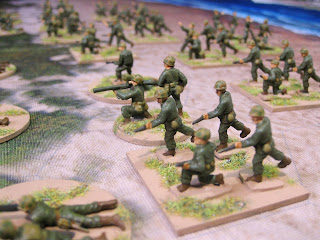 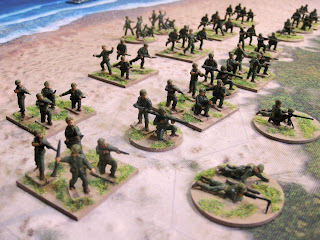 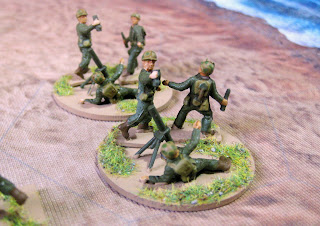 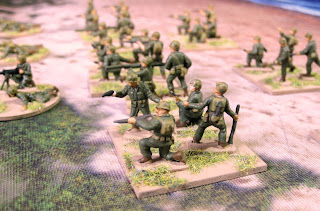 I didn't know what to do with the chaps walking along holding rifles above their heads, so I chopped them off at the waist to simulate wading ashore: 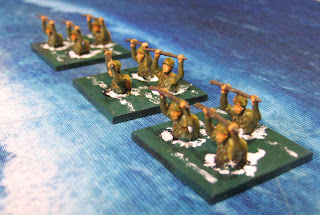 Fire support comes from some LVT(A) - 1s.  There is a box of Buffalo, DUKW and Landing craft in the garage that I have yet to dig out: 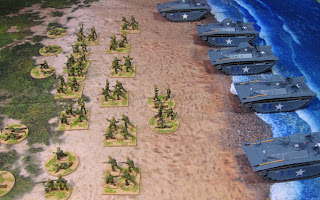 The beach gaming mat is 6 x 4 from Deepcut Studios.

After quite a lengthy break I have started painting once more, starting off with some Ros Figures Peninsular War British infantry.  I have painted some of these figures before, but as 1815 light infantry in grey breeches.

These fellows remind me of the South Essex of Sharpe fame: 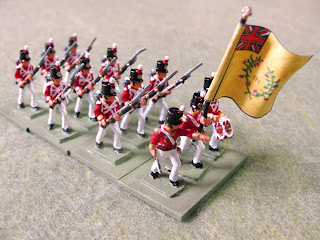 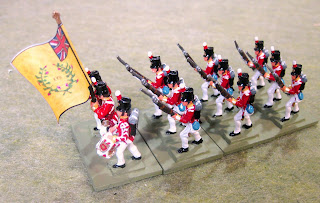