I have a small drawer full of really old Minifigs ancient figures, including Romans, Persians and Assyrians and a handful of Greeks.  Every once in a while I dig some out and for a change paint them.  On this occasion I have completed some AA 4s Assyrian Heavy Archer Firing Bow and AA 7s, Assyrian Light Spearman with Shield Advancing.  Although, they don't look like light spears to me, more telegraph poles.

I did consider replacing the spears but thought that would diminish the charm of these early wargame figures: 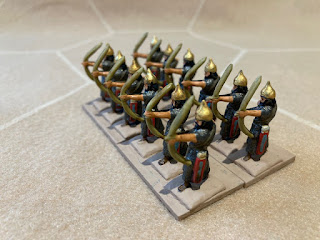 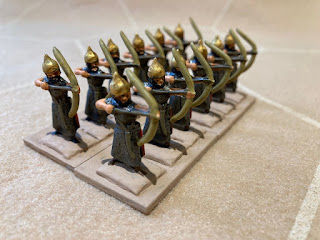 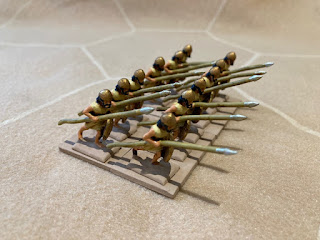 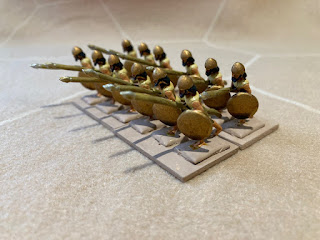 I have a few more Assyrian types to paint while the mood holds!

I started these figures a couple of years ago and then set them aside as I already had one unit of grenadiers and did not really need more.  In reality there was just a company of grenadiers in each battalion. However, in the old Minifigs S range there were no line troops for Nassau, just these figures complete with standard bearer.  If you wanted Nassau line infantry in shakos the only option was to use French infantry in later uniforms wearing trousers.  These figures are quite hard to find nowadays.

So, I decided to use a bit of modellers license and add these grenadiers to my Anglo Dutch army, acying as combined grenadiers battalions (which I am sure never occurred). 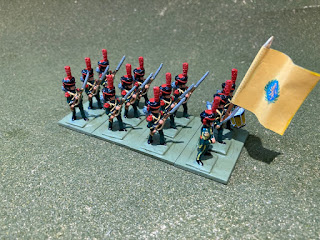 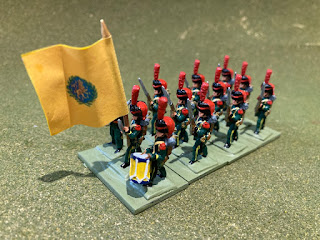 Having made a slight dent in my napoleonic lead mountain, a French Light Infantry battalion comes off the production line.  These are part of a number of projects close to completion that I hope to finish before Christmas.  The cold snowy weather has helped a lot, although the list of domestic jobs have now stacked up and will eat into available spare time.

The figures are 25mm by Warrior: 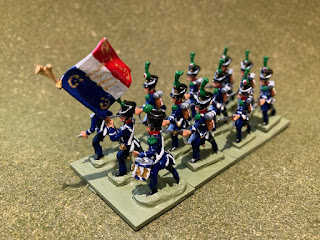 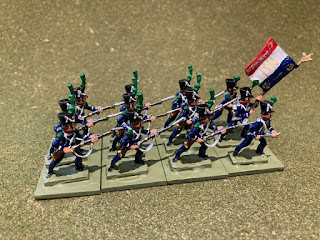 I took a bit of a gamble and purchased a small log fort that was clearly a toy and designed as some form of child's shooting game.  A bonus was that it was cheap at around £12 with a good number of lovely Minifigs S Range Crimean figures included: 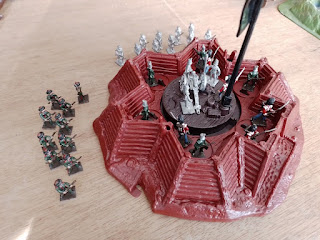 When it arrived, I removed the centre and added a new floor from card.  With a bit of paint I quickly had a nice size little log fort that would work from the ECW out to the SYW and possibly beyond. Seen here with some SYW 25mm Minifigs infantry: 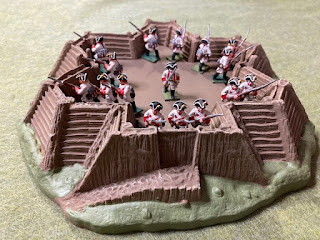 My question is, does anyone know what the original fort was called and who made it?  I think it originally worked by hitting the flag pole with a projectile which tilted on elastic bands causing little plastic spikes to come up through the floor and knock figures over.  I removed all of that.

As i continue to work through my collection of Ros Figures on an occasional basis, over the past week I have been working on the delightful French Imperial Guard Horse Artillery set.  Consisting of a gun, an officer and four gunners the set dates back to the late 1970s.  The detail is nice and crisp and apart from a few lumps and bumps on the base there was very little flash to contend with: 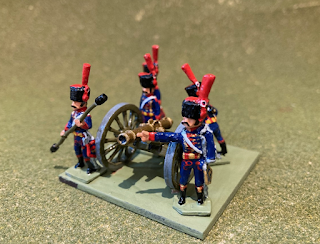 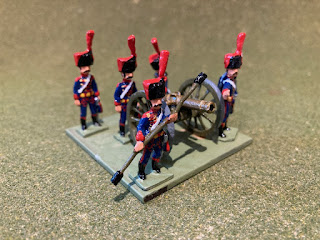 Another Warrior unit rolls off the production line.  This time it is a French Guard Grenadier battalion.  I started these a long while a go and they have been sitting unfinished in a box.  Whilst my Warrior mojo was in full swing I decided to get these finished and based. 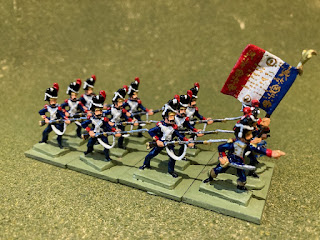 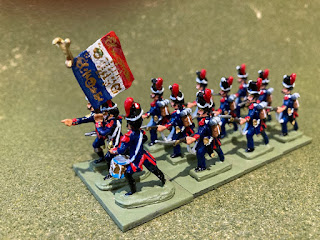 This is my second guards unit of an eventual formation of four.  As always with Warrior figures these crude little castings come to life with a splash of paint.

As always, these delightful figures are fun to paint and is is great to see these quite crude castings emerging as rather nice figures: 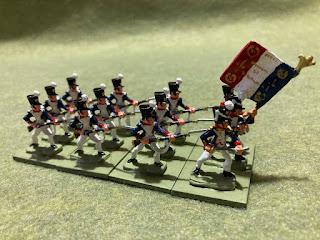 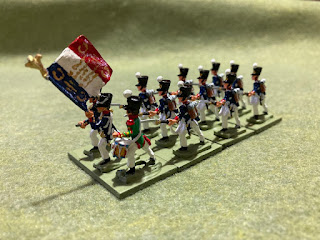 These figures have been hanging around part painted for a couple of years and so today, I set about finishing them off.  Rather crude, but rather nice in their dashing uniforms. 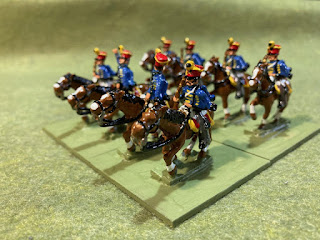