Following a request from one of my blog readers I paraded my 25mm French army.  These are true 25mm, being Minifigs S Range, Ros and Warrior figures.  This is very much a work in progress as I rebase and refurbish these old soldiers.  All of the Warrior figures are complete and about half of the Ros; however, apart from a few cavalry most of the Minifigs S Range are in need of more work. 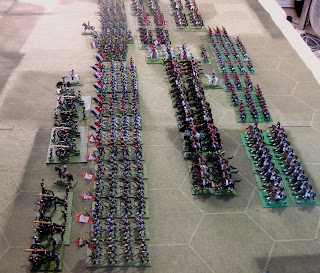 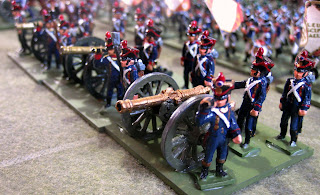 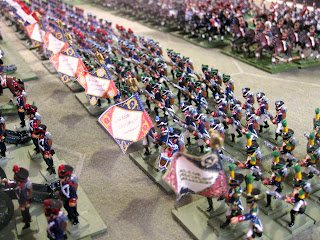 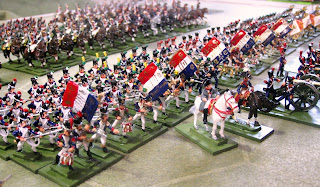 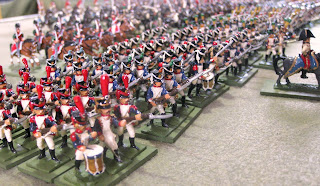 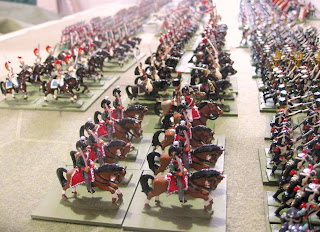 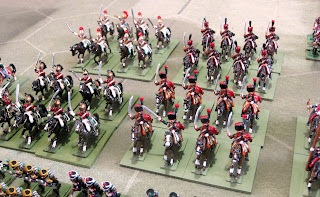 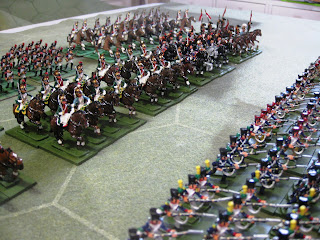 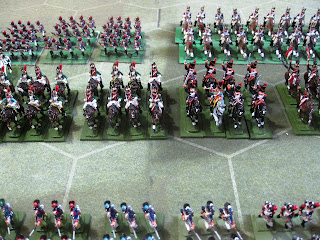 The figures at the back of the above picture are all Ros on old light green bases.  These will be rebased and refurbished.

Having just painted my Airfix French Foreign Legion, I could not resist digging out my copy of Beau Geste.  Written in 1924, it is that well known tale of the Legion in Algeria. 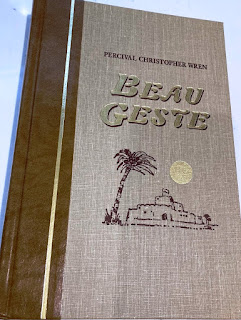 Unfortunately I do not have an original, with my book being reprinted in 1994; however, it does contain those wonderful illustrations by Helen McKie, of which some are in colour. 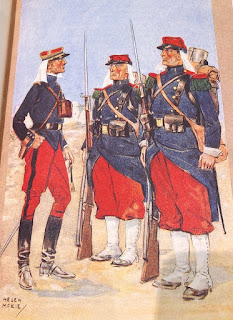 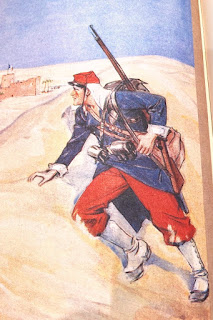 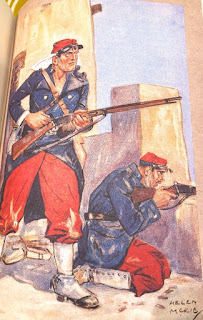 I especially like picture 2 as he gazes towards Airfix Fort Sahara! Lots of inspiration, although my recollection of the story is vague and I will have to read it again.

I have had the first issue French Foreign Legion in my figure collection for as long as I remember, certainly back to the 1960s.  However, I have never painted them before.  So, having just painted some Airfix Arabs, I thought an opponent might be required.

I was surprised how these figures improve with a bit of paint, to such an extent that I might set up a small wargame: 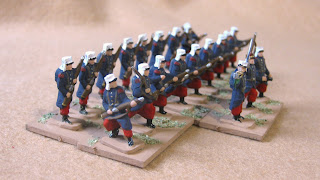 Continuing my way through my ancient WW2 Hinchliffe figures, I decided to paint some anti-tank elements. The first figures man a 2pdr anti-tank gun, which I think was originally a Hinchliffe casting, but this one was released under the Caldercraft label.  The crew are early Hincliffe gunners: 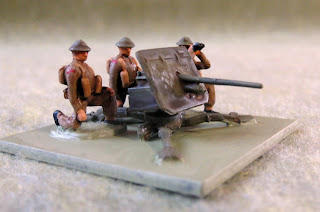 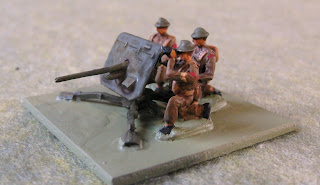 The second team is made up of the infamous PIAT gunner, who has to drag part of a brick wall around with him that is moulded into the base.  The number 2 on the weapon is actually a mortar loader, but I thought that the team needed two figures: 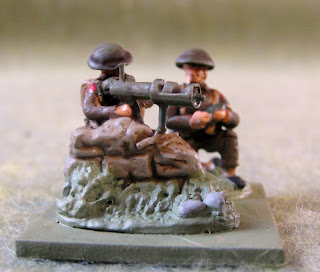 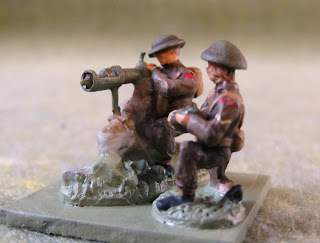 For a bit of fun I painted a pile of Airfix Bedouin Arabs.  These should make a useful enemy for the French Foreign Legion or even in a Northwest frontier action:

For my forthcoming foray into WW1 trench warfare, I thought it would be quite good to invest in a mat for my tabletop.  I spotted one on the cigar box website and placed an order.  A few weeks later it turned up.

The mat is made of a fleecy material and lies on the table nice and smoothly with no wrinkles.  I had mine over printed with 3" hexes to suit 15mm scale figures.  Here is a close shot of the mat: 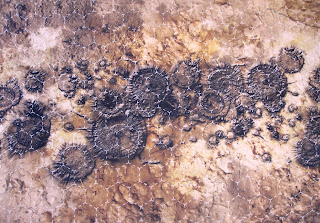 It is supposed to represent a war torn terrain, with no man's land depicted by the heavy shelled area.  Here is wider view of the mat with its shell holes: 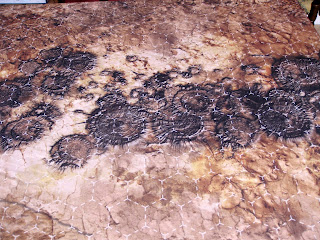 I like the mat, however, my one gripe is that the printed image stays the same size regardless of the hex size.  This makes the shell craters really too large for 15mm scale.  In fact you would need massive hexes for some of the larger shell holes.  All that said, by the time terrain features are placed on the table, such as hills, woods and wire the craters will likely fade into the background a bit.

We will see how it looks when I set up a game.

In the catelogue, Hinchliffe list G2 as a figure advancing with SMG.  This early Hinchliffe figure, I suspect, is meant to represent an NCO wearing a field cap.  In my opinion this is the worst figure brought out by Hinchliffe.  The casting is crude, the pose is strange, with limbs out of proportion and the sub-machine gun is very crude to say the least.  However, the figure is part of the 20mm WW2 range and part of the history of this company.

I decided to paint this figure (and his colleagues) and an officer and ammunition carrier, in tropical uniform as I could not see him fitting in alongside my other figures: 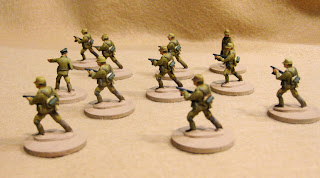 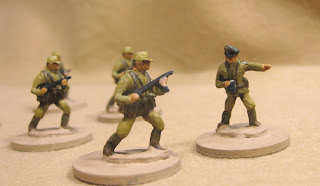