This figure depicts Lieutenant Colonel Henry Darby Griffith, Commanding Officer of the 2nd Royal North British Dragoons, or Scots Greys. Griffith led the Regiment at the Battle of Balaclava, during the charge of the Heavy Brigade. Sadly, Griffith was one of the first casualties of the Greys as they started their charge. Unfortunately he was struck in the head, probably by a carbine bullet fired by a Russian cavalryman. So he only took part in the very first minutes of the action. That said, he seemed to have survived, because a check of the Balaclava casualty roll lists him as slightly wounded during the battle.

The figure is a Strelets plastic Scots Greys officer from the "Charge of the Heavy Brigade" box. He is mounted on a Douglas Miniatures metal horse: 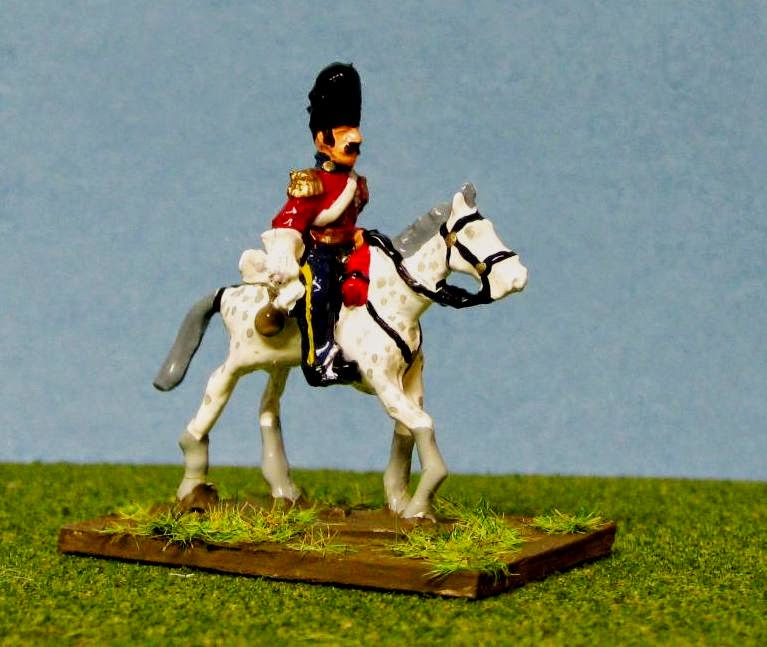 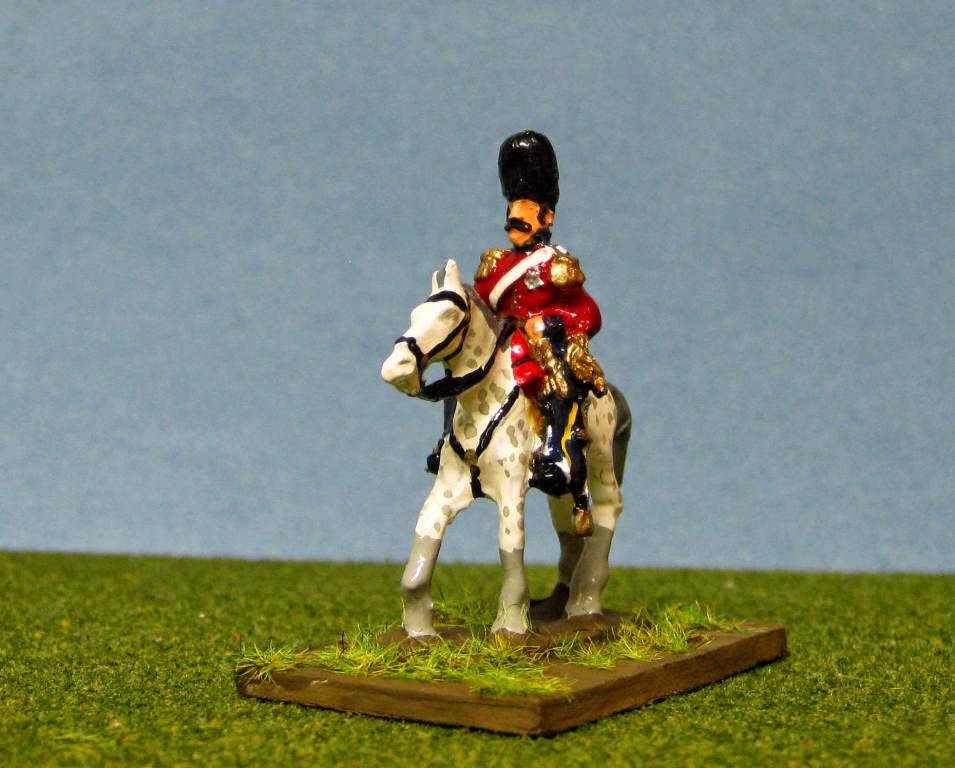 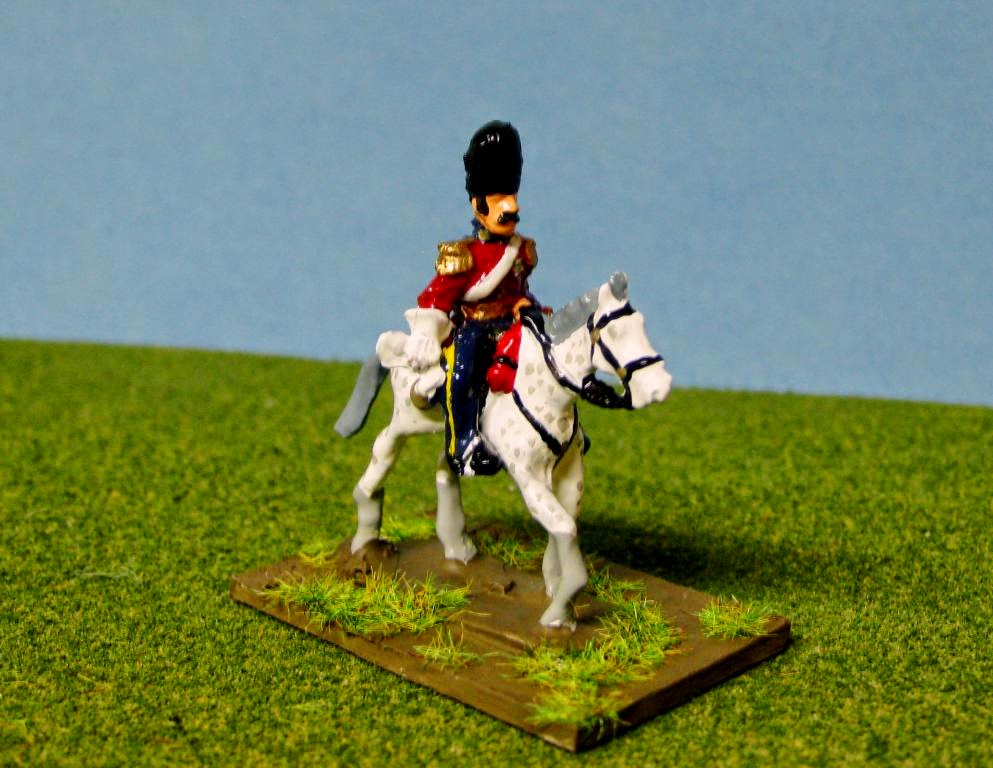 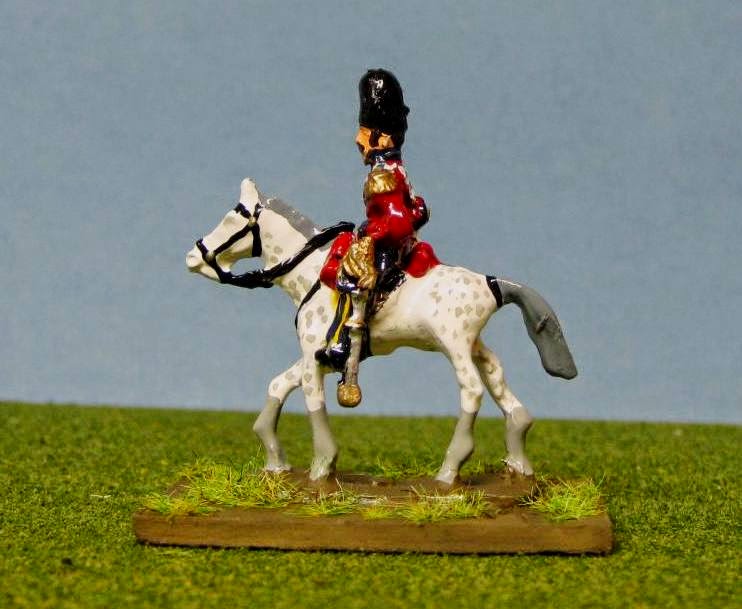 Posted by Bob The Old Painter at 15:55 No comments:

Another French unit marches out of the paint shop. This time it is a battalion of French light infantry - Chasseurs a Pied. The figures are 25mm Scruby, from Historifigs in the USA. Like their line infantry cousins they are beautiful castings and fun to paint. I am awaiting the next batch, which includes some command figures, grenadier guards and artillery. 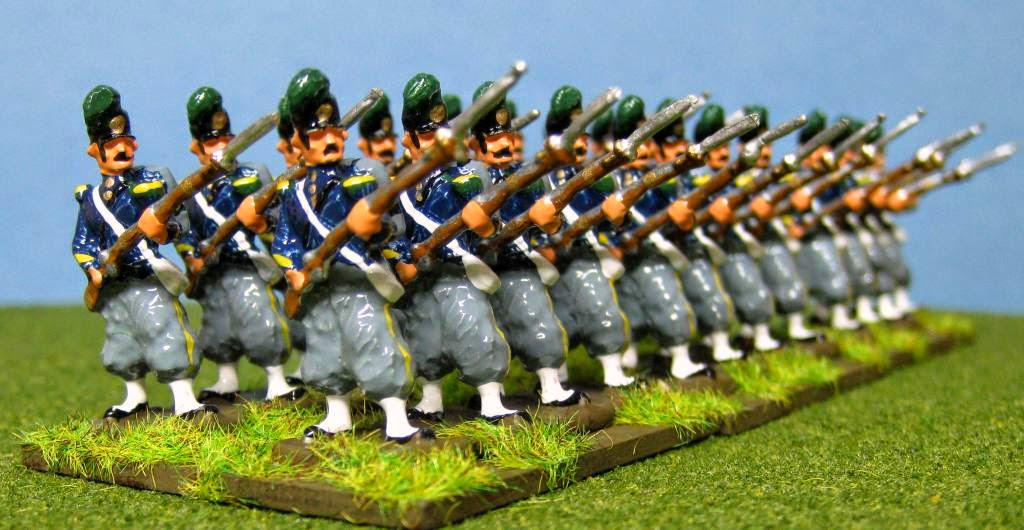 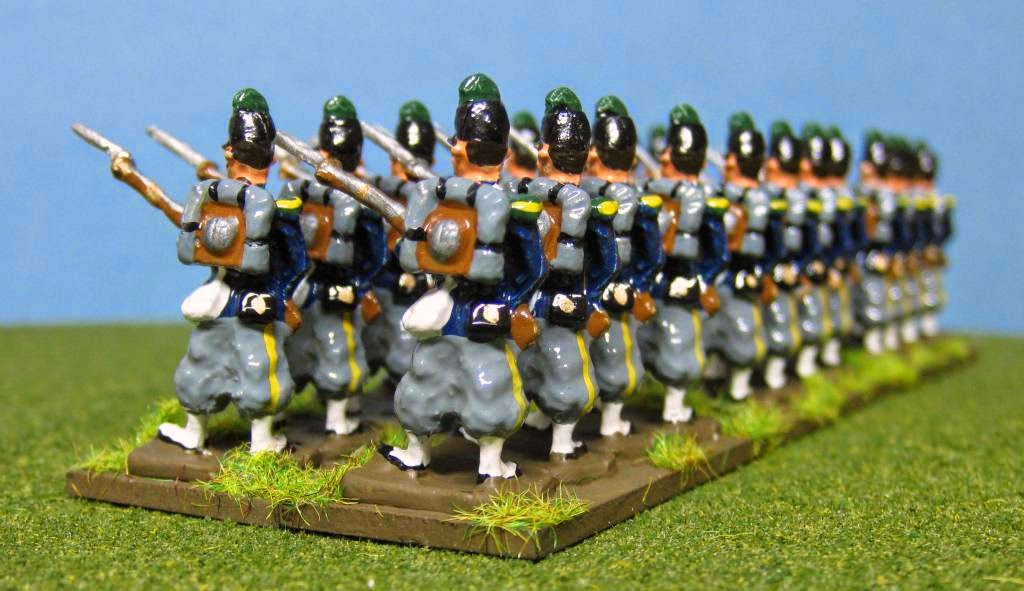 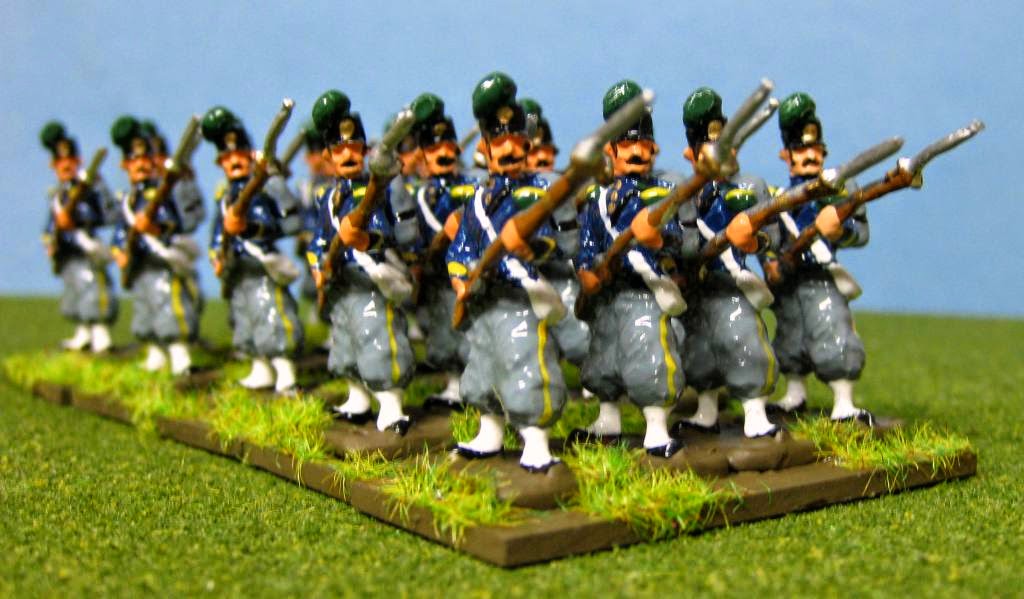 Slowly building up the number of French battalions, the latest to come out of the paint shop are some French line infantry. They are from Old John and were originally that highly versatile Minifigs S Range American Civil War US Marine figure. The uniform is very close to the early Crimean War French dress and, for a change, they are in light order, with no back pack or blanket roll. I think they look OK. 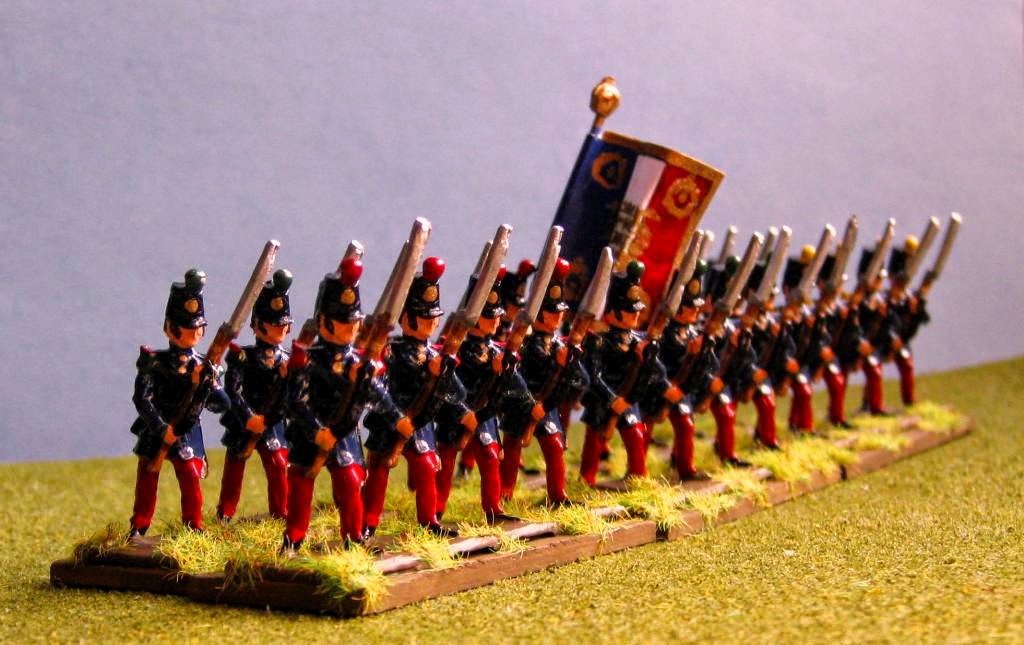 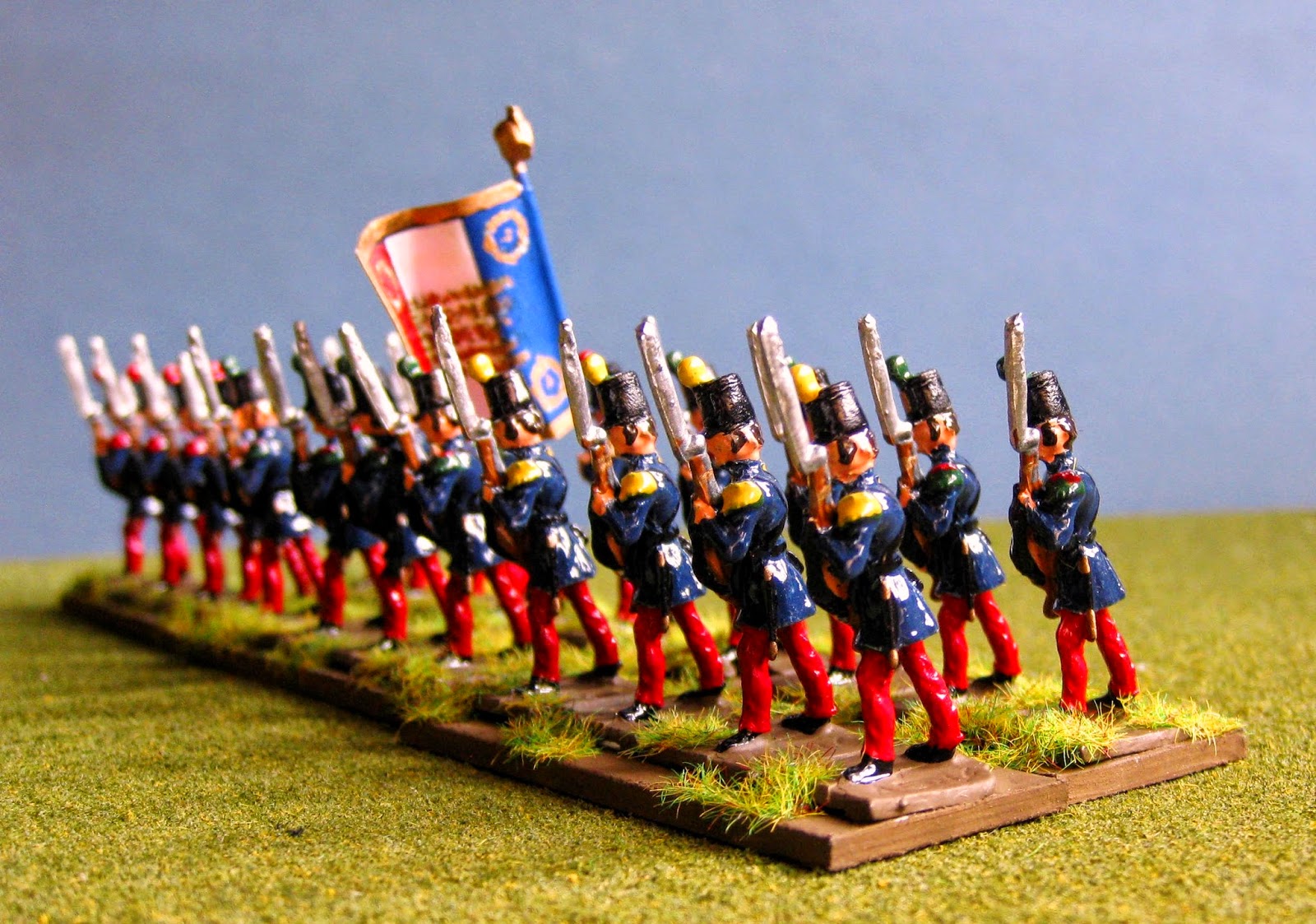 These plastic troops from Ehmar have been lurking in a cupboard since long before I began my Douglas Miniatures Crimean War project. So I decided to dig them out and see how they look painted to match the metal figures. Size wise they work pretty well and in their new colours they are not too bad and will make a useful addition to the Russian artillery capability. 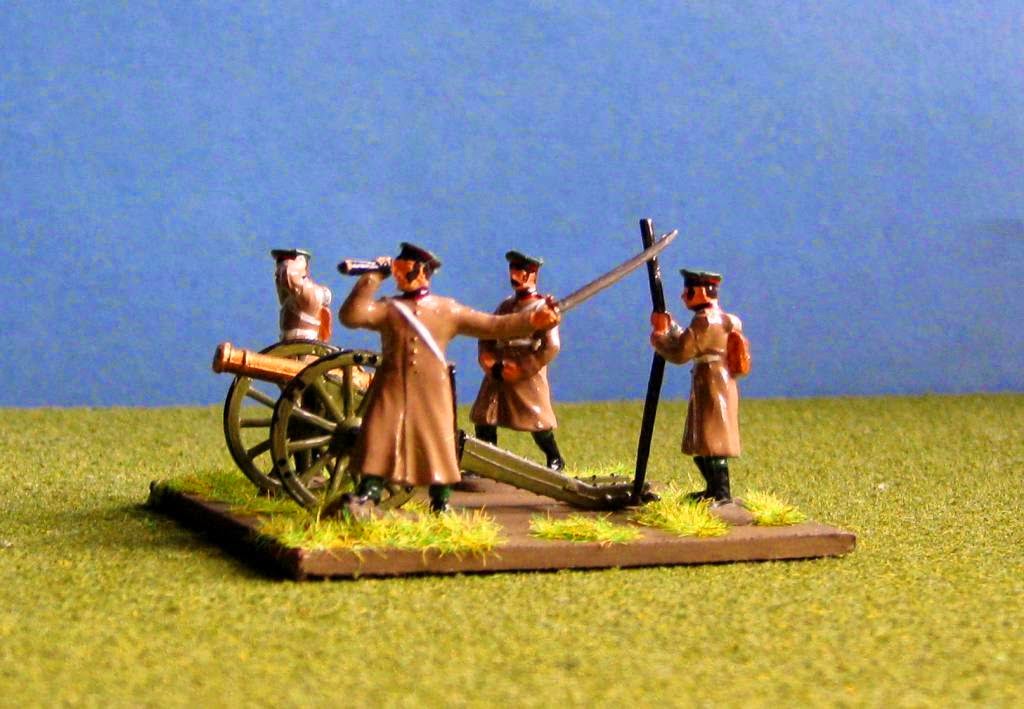 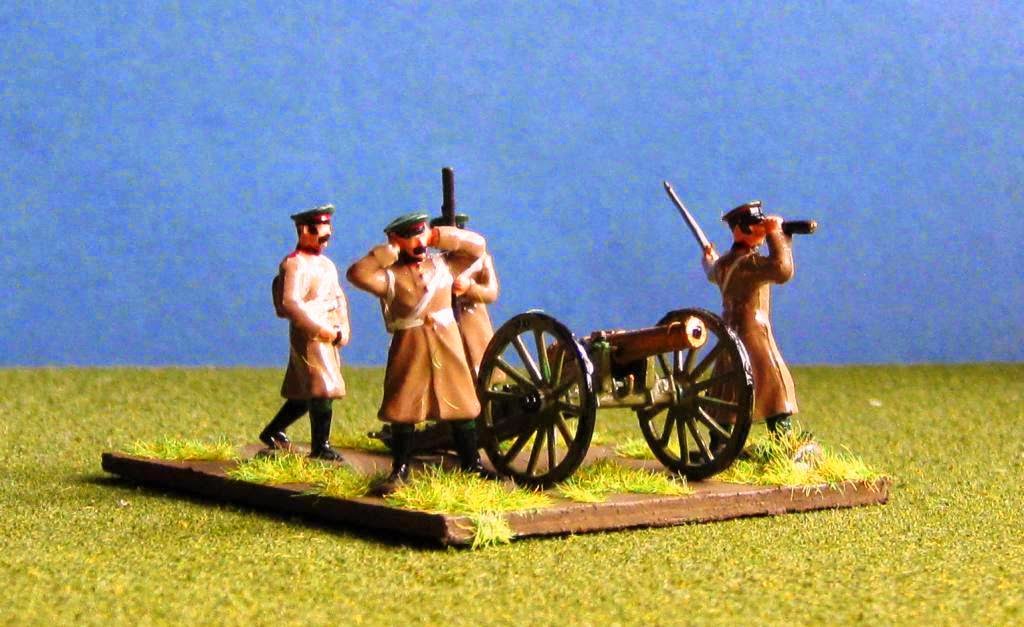 After a break for the summer, production has restarted. This time it is another regiment from the Light Brigade. These, like the 11th Hussars, come from the Douglas Miniatures Napoleonic range. They are depicted in full dress wearing pelisse, plumes and cords, which was most unlikely in the Crimea. That said, they make a pretty sight. Their uniform is blue with yellow facings: 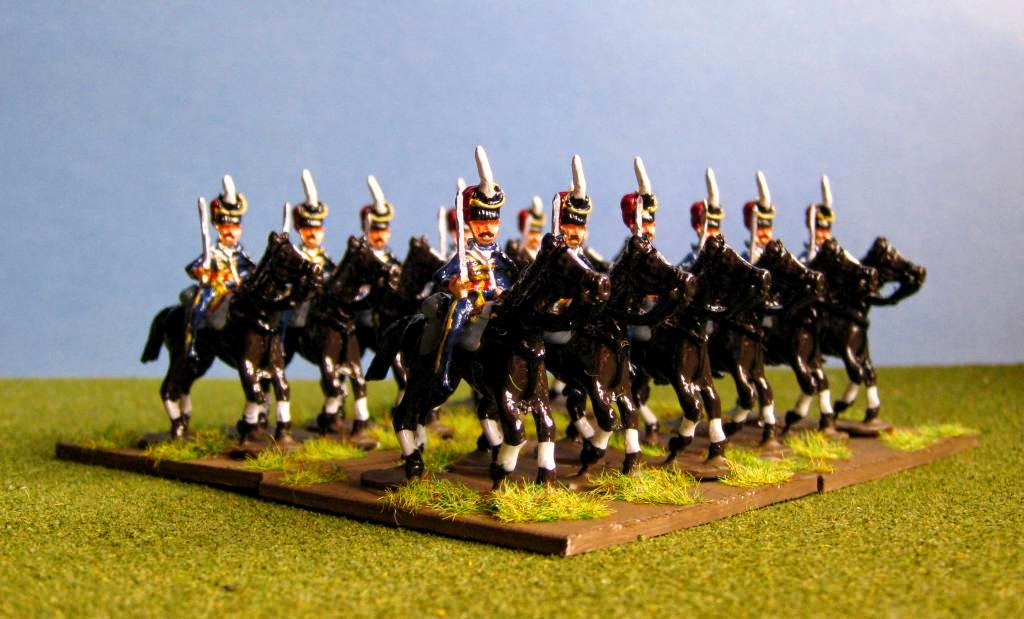 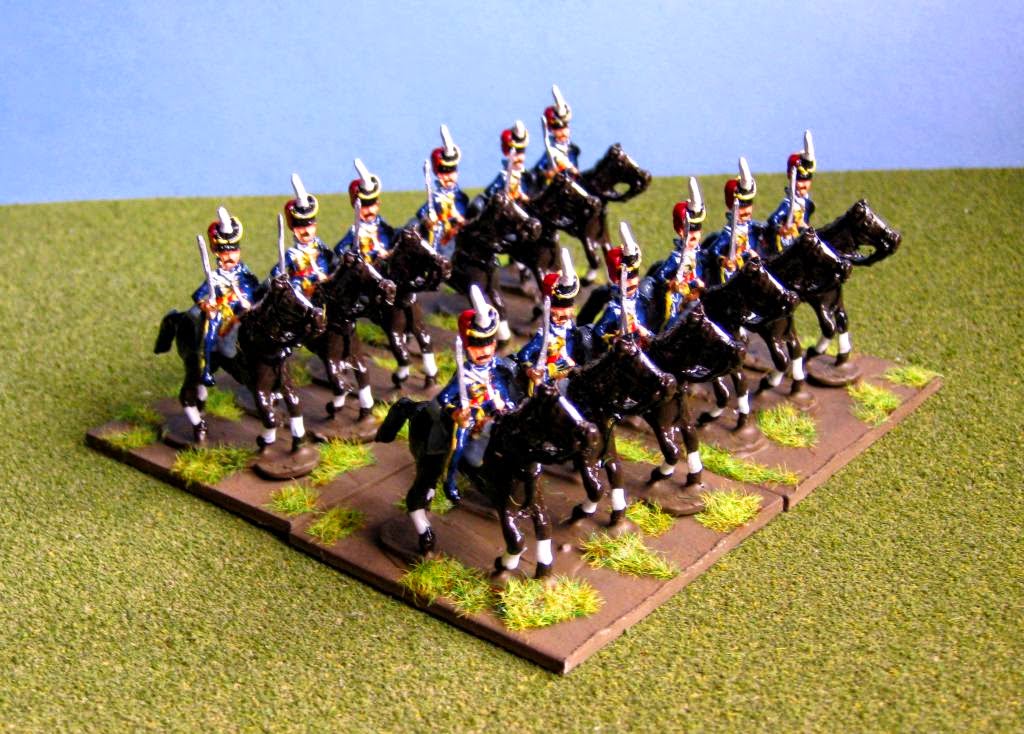 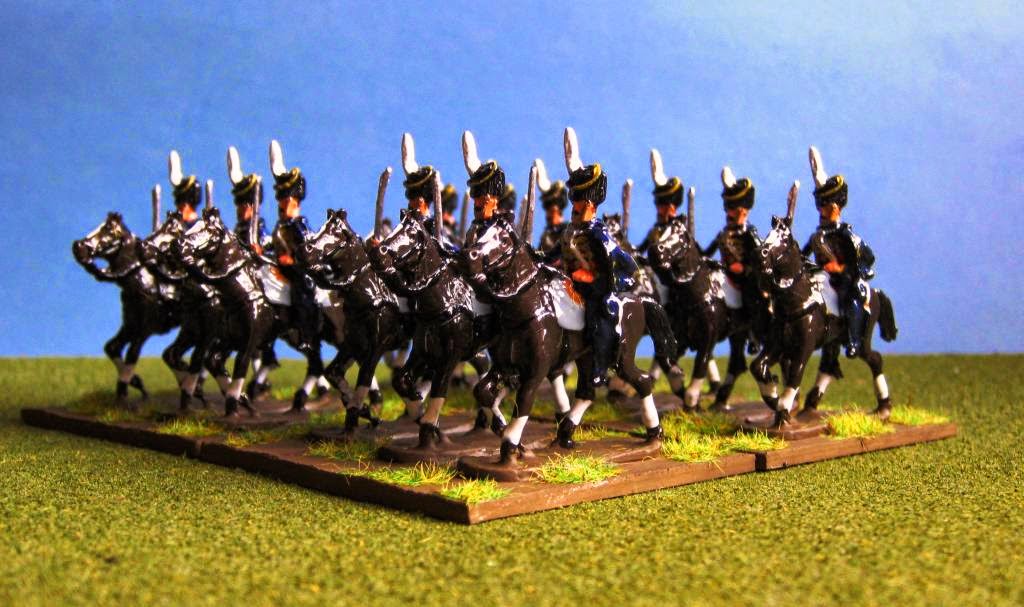 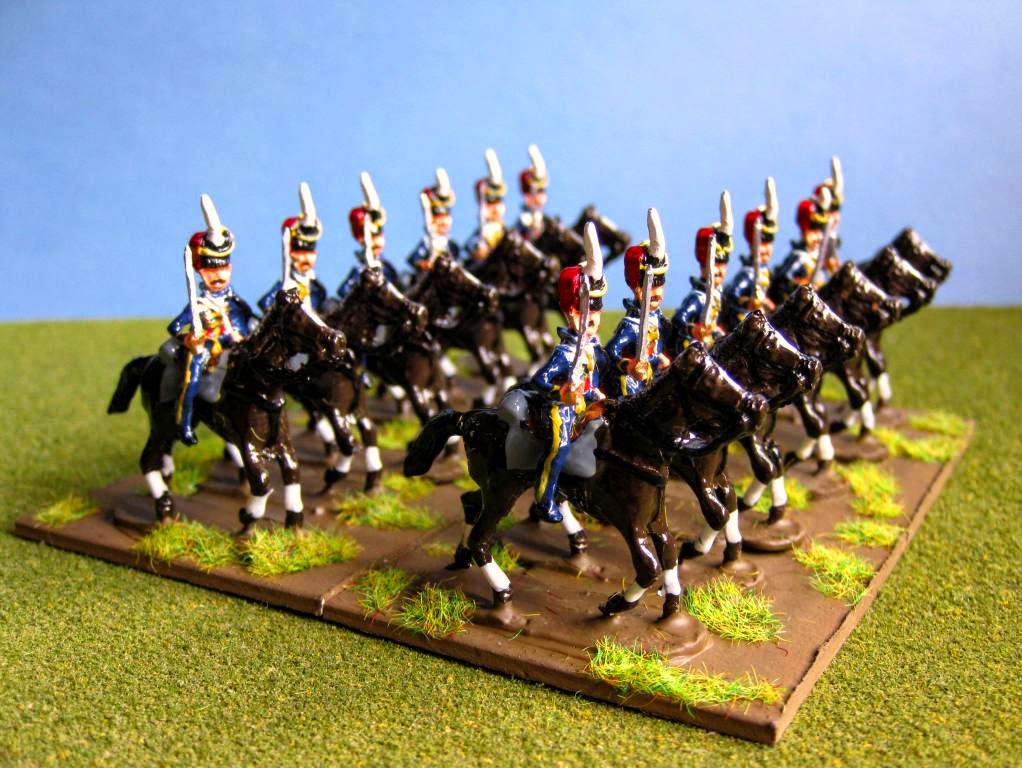