I have managed to strip most of the paint from the figure, which revealed some interesting features: 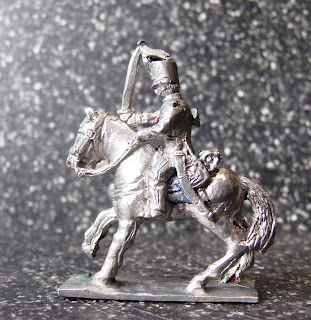 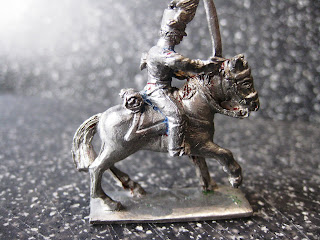 Looks like a tassel on the right side of the shako: 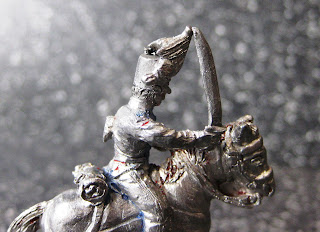 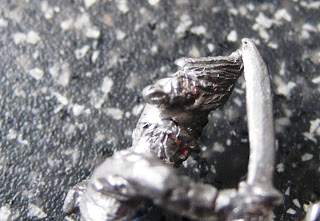 Is this a skull badge? 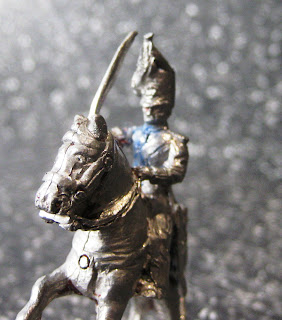 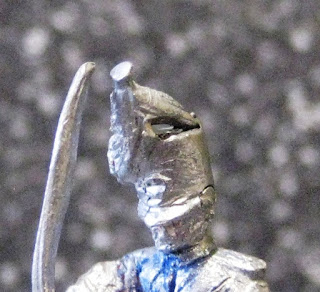 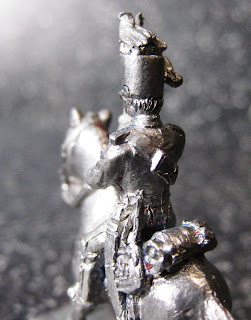 I still can't make up my mind - he could be a Brunswicker with some inaccuracies thrown in! 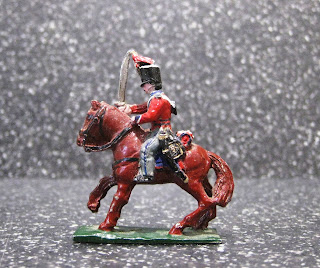 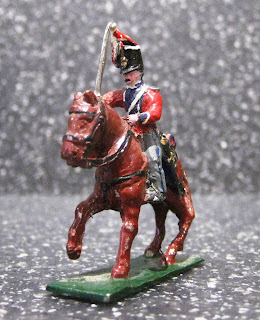 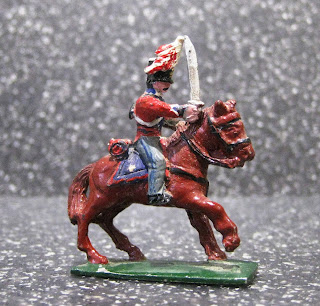 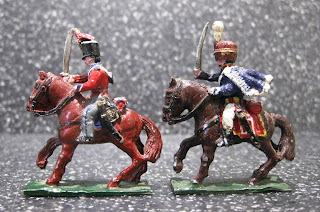 Before I begin I should explain the pause in reporting. Having taken some pictures of my latest project, I placed the camera in a location where I would not forget it and it would be safe.  Of course when I went to get it I could not find it. For several days I looked in all the likely spots to no avail.  Eventually I went back to the first place I looked and there it was under some papers - doh!

Anyway, for the last few days I have been working on a small factory and warehouse to make up two industrial hexes.  They are made from foam board and balsa, with a paper chimney, coated in pva for strength. Here is the small factory unit: 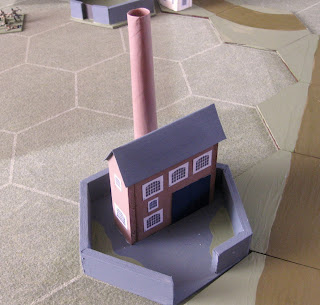 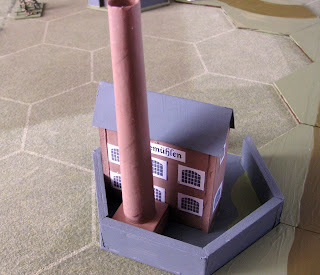 To go with it I have made a substantial warehouse building: 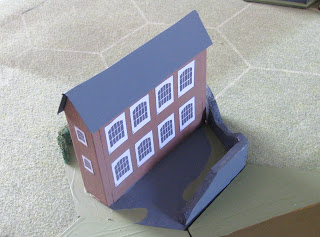 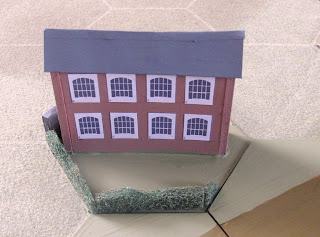 The two structures can be placed together to form a major strong point: 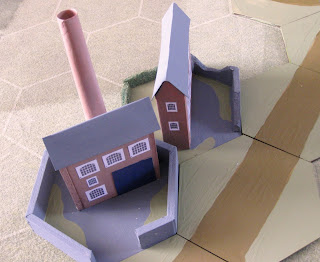 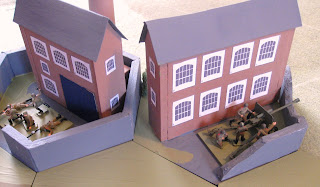 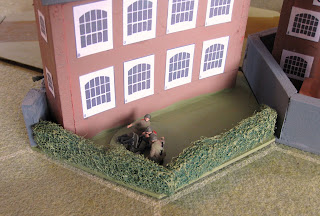 The chimney is quite tapered, although this is not clear in the pictures taken from above, but is evident in this shot of the components prior to construction: 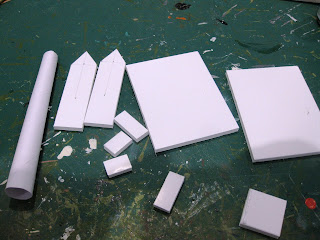