I have been thinking about producing a WW2 German recce group for my army, and just before Easter I acquired four eight wheel heavy armoured cars: 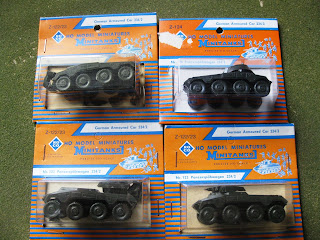 When I removed them from the packaging I found four plastic and basic vehicles that would need a lick of paint: 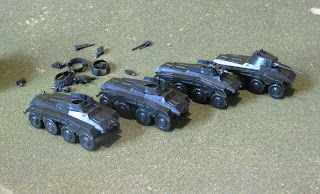 There are three versions of vehicle. One is a Puma 50mm armed vehicle and the other three have the option of either a 75mm support vehicle, or 20mm armed recce vehicle. I decided to have one support, two recce and the Puma armoured cars.

The vehicles needed to be properly assembled so I took them apart, creating a huge pile of bits: 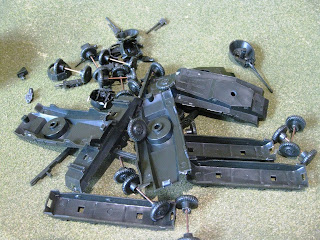 There was quite a bit of flash that required cutting and filing down: 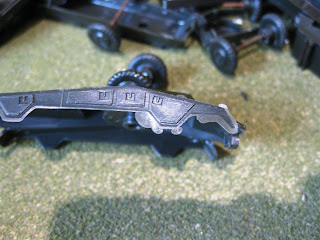 Anyway, after a couple of days of building and painting the re-assembled armoured cars now look like this: 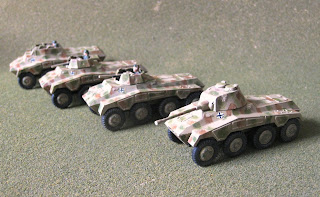 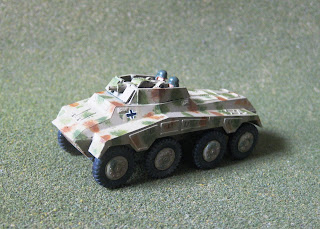 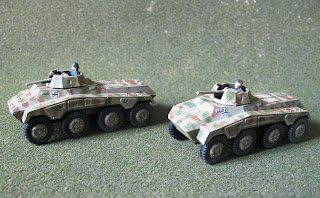 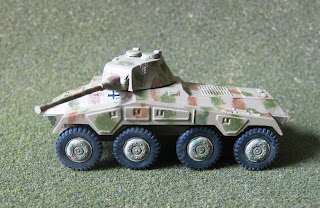 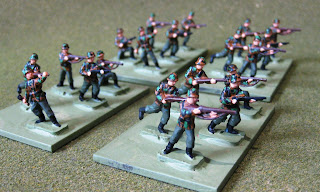 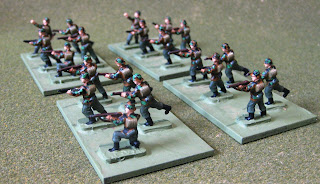 Now Easter is over, back to my ACW battle.

Back to Basics ACW Game Part 1

Having used hexes and Command & Colors mechanisms for the past year, I thought it might be fun to go back to some 'old school' style wargaming.  I have used my own rules, which I published earlier in this blog, that are based upon Featherstonian, Grant and Quarrie systems, but much simplified. I use coloured dice and measuring sticks for combat, D6 for initiative and casualty % for morale.

This ACW battle is not based upon any particular scenario, but sees three Confederate divisions converging at a crossroads on a key turnpike. However; the crossroads is occupied by a weak Union force, that is being rapidly reinforced. To add to the Confederates problems, one of their divisions is on the wrong side of a river and the only bridge is in Union hands.

Here is a long shot of the battlefield, Confederates on the left, Union on the right: 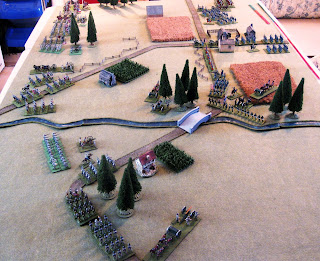 The area of the crossroads, held by Union troops: 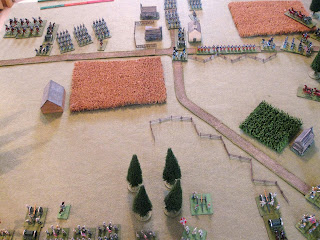 The area of the river bridge, also in Union hands: 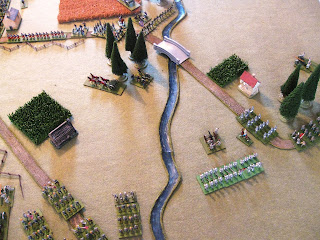 The cross roads is held by a mix of Union artillery and infantry; 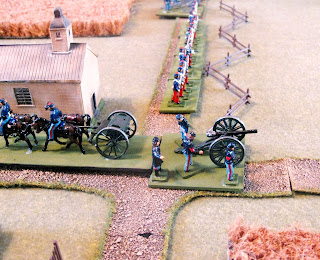 With Union reserves rushing towards the area: 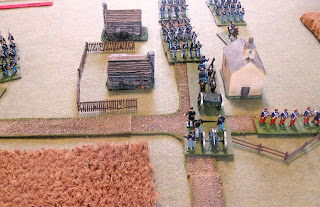 Meanwhile on the Union right, the Iron Brigade, supported by guns and cavalry moves into position: 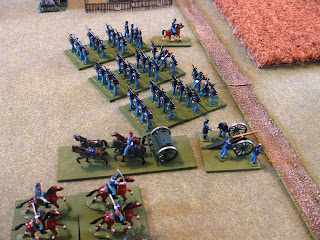 The area of the bridge is strongly held by sharpshooters and artillery, again with reserves moving forwards: 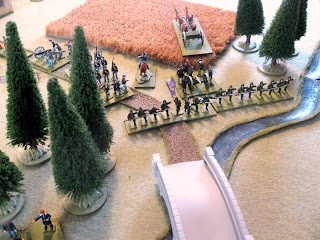 The action kicks off with an advance by the centre Confederate Division, moving directly towards the crossroads: 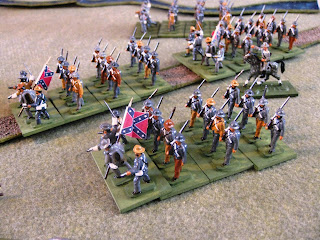 The leading regiment comes under fire from Union artillery at the crossroads and suffers some casualties - first blood to the Union: 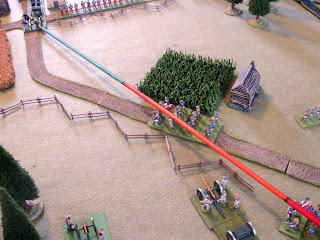 Another refurbishment; this time Napoleonic French Hussars.  These are not all my work, although, as with other recent posts. I have repainted parts, tidied them up and re-based them: 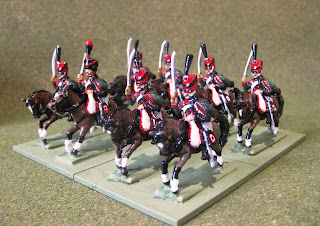 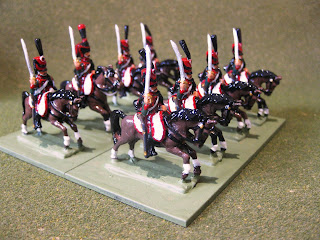 I have made good progress this year so far by going through my boxes and selecting units for repainting or refurbishment - something I have promised I would do for several years and not got around to doing it.
Posted by Bob The Old Painter at 23:26 1 comment:

These figures were bought secondhand and were quite well painted. These are from the current Napoleonic range of 25mm Miniature Figurines. I have tidied them up and added a bit more detail: 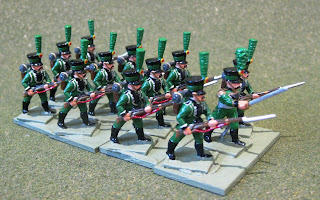 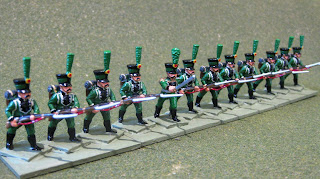 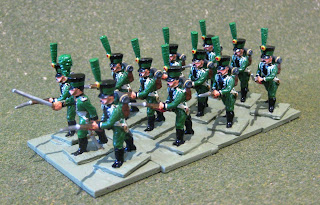 Eventually, I would like to have a small Wurtemberg contingent within my French army. I already have some gunners and a light cavalry unit.

I bought these a couple of months ago as part of an Austrian 'army' lot. These hussars were quite well painted, but not entirely to my liking.  I have stripped them down and repainted them in my usual glossy style to represent the 5th Hussars: 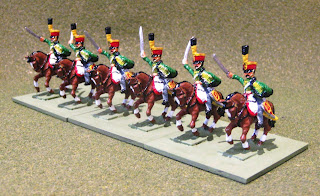 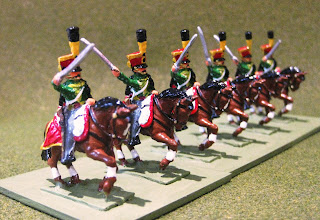 It was nice to be able to splash out a bit with the colours!