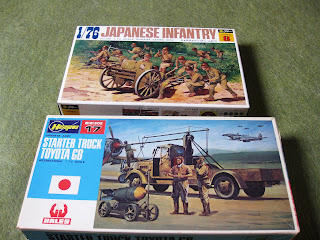 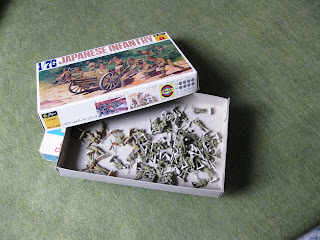 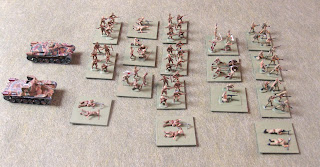 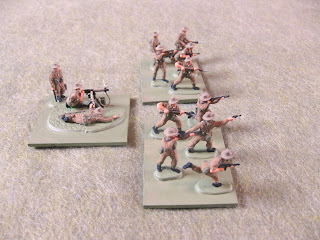 With it being a wet weekend I decided to play a quick action using Memoir '44 rules - slightly adjusted.  The game is based upon the 'Twin Villages' scenario, which sees a US infantry battalion, with some artillery and armour delaying the advance of elements of 6th Panzer Armee, that was working its way through the Ardennes forest.  In this scenario German tanks edge through the forest along tracks which lead out to a choke point at the Lausdell Crossroads; where elements of the 9th US Infantry Regiment was dug in.

An overview of the terrain, Germans at the top, US middle and bottom: 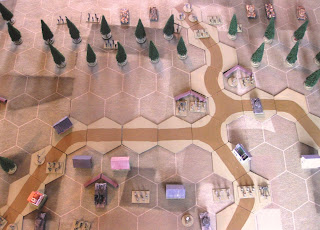 US infantry at the crossroads: 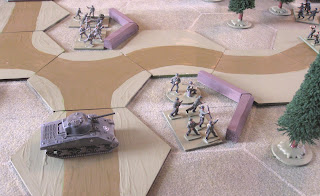 Left rear of the crossraods is the village of Rocherath, with more US infantry and artillery: 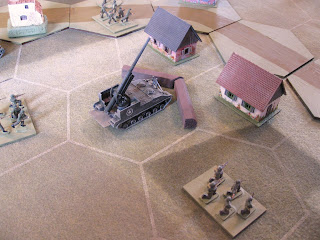 And a second village, Krinkekt, on the US right is also held by infantry and armour: 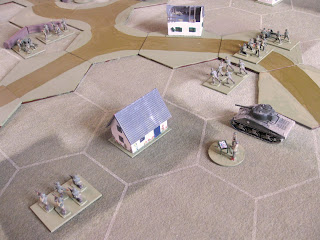 The Germans have an armour heavy organisation, with Panther tanks and Mk IVs, supported by infantry: 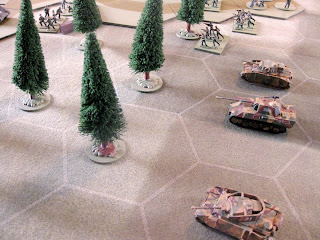 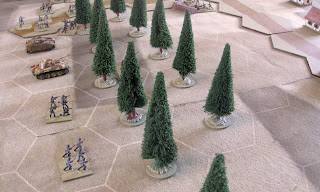 The action began as German infantry, made a move straight down the main road, only to come under artillery fire, causing some casualties: 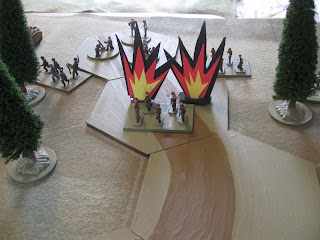 On the US right flank German tanks began to work their way through the trees: 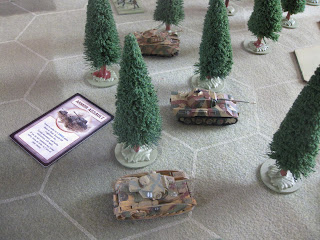 However; as they emerge from the trees they are sitting ducks and a Panther is swiftly knocked out and a MK IV is forced to retreat: 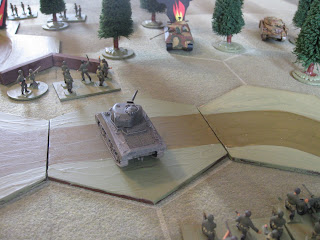 Over on the US left flank German infantry break out of the trees and come close to overwhelming the US position, taking heavy casualties in the process 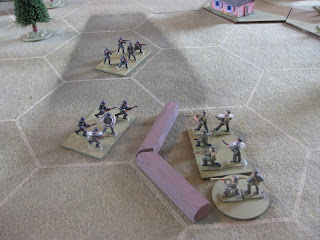 The US position is almost taken by the Germans, but a counter-attack, out of Rocherath village, halts and then destroys the German attack: 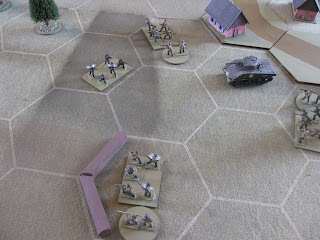 Over on the US right flank a second German assault begins: 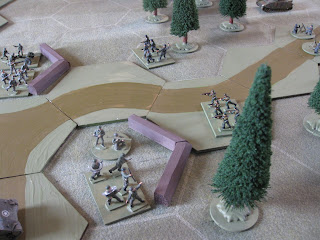 After bitter fighting the Germans capture one of the positions, but took many casualties: 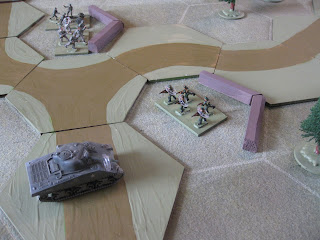 However, the German infantry unit was destroyed and a German MK IV burns, having been hit by tank and anti-tank gun fire as it emerges from the forest: 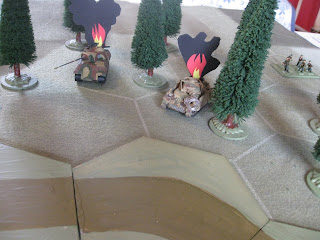 Suddenly it is all over. The Germans reach their exhaustion point losing 6 - 1 to the US forces. It is a massacre.

Having blunted the German attack and delaying the advance of 6 Panzer Armee, the 9th Regiment receives orders to pull back and join fresh troops that have dug in on a ridge further back.

Posted by Bob The Old Painter at 08:00 No comments: 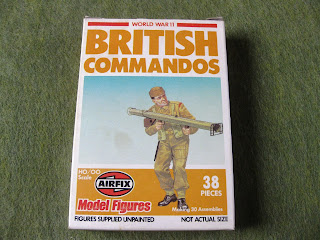 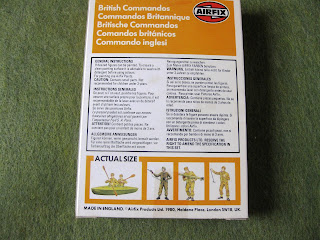 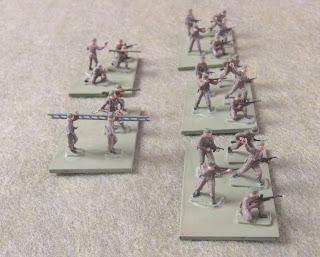 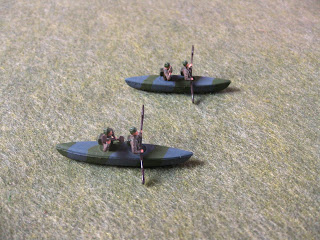 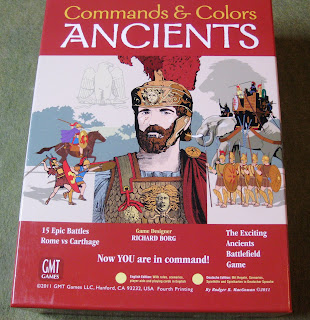 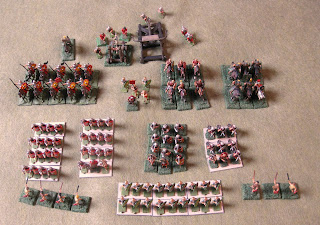