This is the last lot from from the garage, although there is a box of Britains cavalry to sort out. Will do that tomorrow.

These figures are mostly britains deetail: 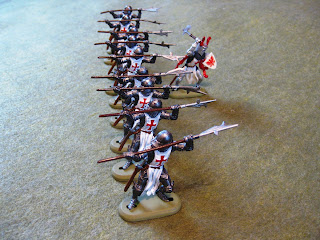 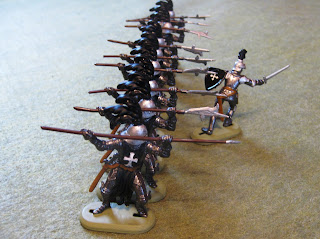 A small amount of siege equipment: 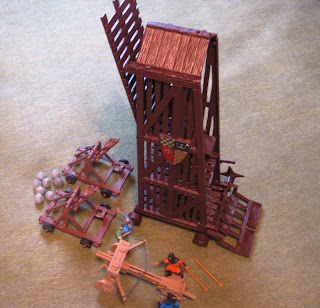 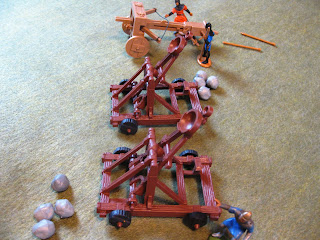 There is a plastic castle somewhere, will need to dig that out too. 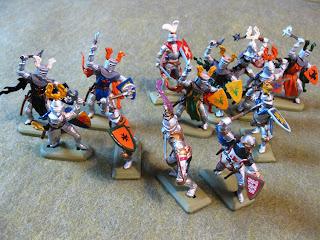 Think this guy is meant to be the King? 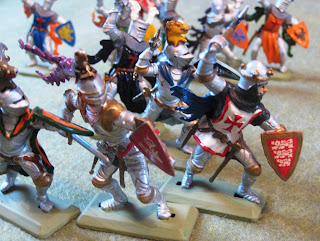 And lastly for this batch, some Herald pike men: 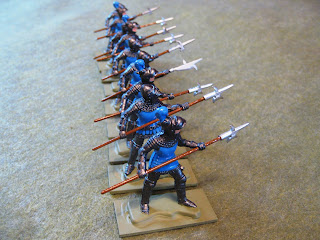 I was reading some of my old wargaming books when I became inspired to have a go at either ancient or medieval gaming.  I have a heap of plastic and some metal ancient figures that I have never organised or played with.  I seem to lose my mojo quite quickly. On the other hand the idea of longbowmen and tin men on horses bashing each other does appeal. Again I have a box of old minifigs knights etc, but these too are not properly organised or based.

I then remembered that lurking in the garage in storage are a mass of 'toy soldier' knights. I was soon amongst the cobwebs and mouse droppings and unearthed a few boxes, I was surprised by what I found - long forgotten men. 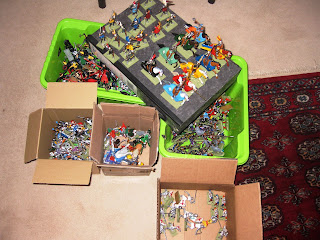 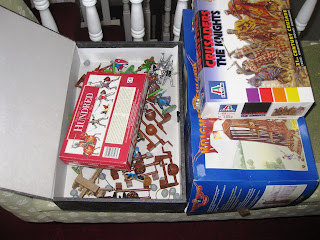 Most were painted to some degree and I spent a few hours putting bases on those that weren't - mainly to stop them falling over on the table.

I am about halfway through sorting them out. This is what I have uncovered so far:

These are Timpo and Timpo lookalike knights: 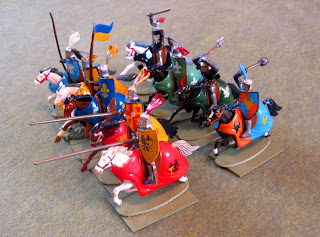 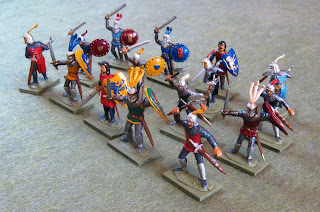 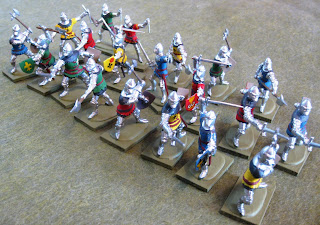 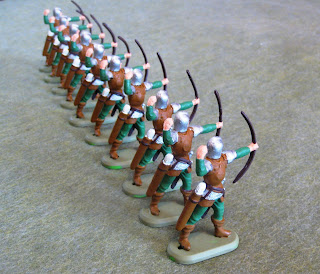 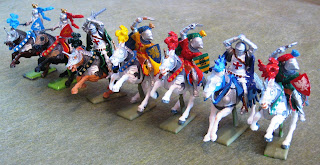 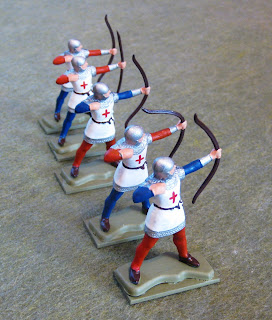 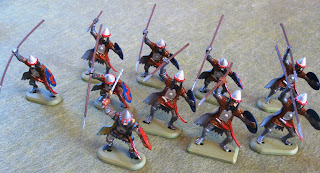 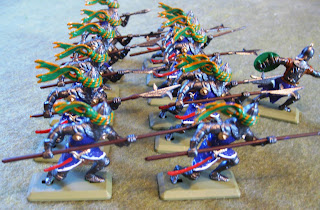 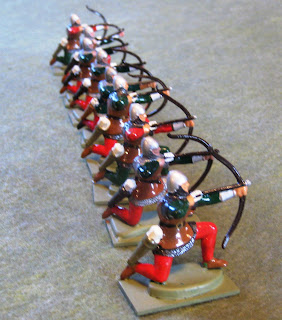 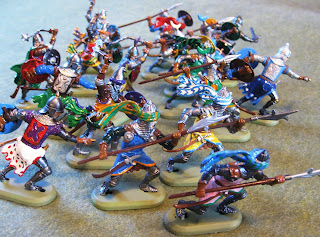 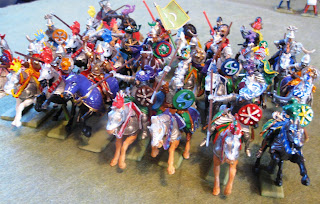 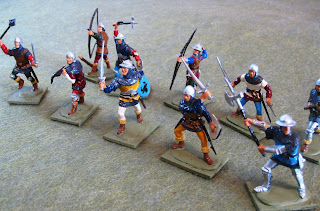 There are quite a few more to unbox. I will show these in my next post.  I am thinking that I have sufficient forces to play a European force against the Turkish hoards.

Working my way through the large pile of Russian figures from Warrior Miniatures are these rather splendid Cossacks. Painted to represent a unit from the Don Cossacks: 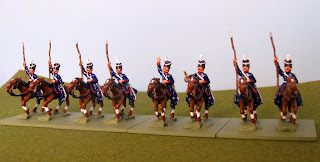 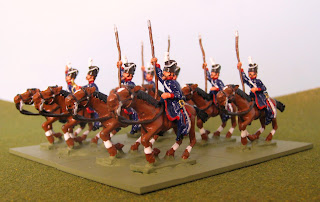 Getting a grip - Warrior Russians

Well having had a good 'ol sulk about the loss of vision in my left eye, I thought it was time to get a grip and plod on.  Armed with new specs, better lighting and magnifiers, as well as an eye patch! I have had a go at what I really enjoy - painting model soldiers.  It is amazing how the brain adapts to working with one eye.

Anyway, during a figure swap some weeks back I ended up with a complete Warrior miniatures Russian Napoleonic army. I thought as a test I would attempt to paint some them. I had already finished off a group of Minifigs, started before my eye problems with some success.

So, here is the result: 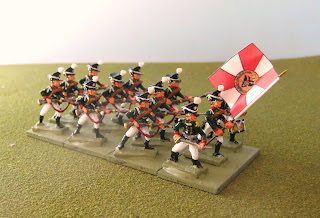 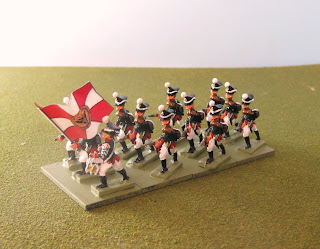 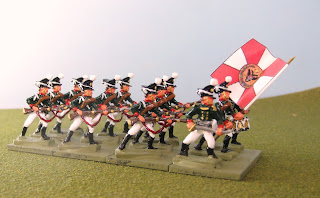 Not as easy as before, but just as enjoyable.

I have not done much in the way of painting or gaming in recent days as I have detected a problem with my left eye. My left eye vision is fine, but there is a misty effect in the centre when I look at things. After several trips to the doctor, opticians and the hospital it seems that I have AMD - Age-related Macular Degeneration, which is what it says on the tin.  At the moment my right eye is OK, but has signs of the same issue.  It would appear that this problem will increase as time goes by and will likely affect both eyes.  There is currently no cure or medication for this.

For the time being I have reduced my painting as I was having terrible headaches, caused I think by the strain of trying to work with the one good eye.

I hope this is not the end of my painting 20mm/25mm figures, but I am going to give it a rest until I know a little bit more about AMD and how to cope with it.
Posted by Bob The Old Painter at 00:43 16 comments: