First off we have the Ros line infantry, painted as 1813 -15 regular infantry, representing a West Prussian unit: 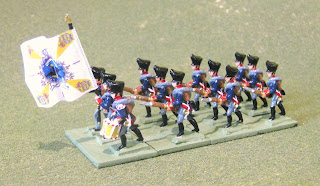 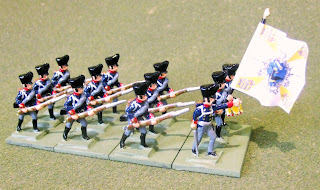 Next, I have four Prussian Landwehr battalions. Two are from the Elbe Province with light blue facings and the other two are Westphalian, with green facings: 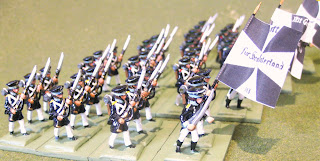 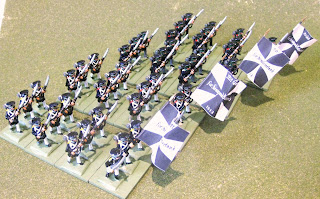 I bought these on eBay many months (maybe years) ago and they have been sitting in a drawer waiting their turn.  The original artist had done a very good job, but they were scratched and some of the paint had yellowed.  So, I rebased them and touched them up.  Four very useful additions to the Prussian army.