I have been promising myself that I would create some British opposition for my Roco and Type1 Airfix German force.  Leafing through some early Featherstone books the answer lies in the Airfix Combat Group set;  a set that I have always liked apart from the lack of heavy weapons.

I set about assembling a 'company' size force of four platoons and an HQ.  I also converted some Type 1 8th Army machine gunners to create a medium machine gun platoon.  Here they are: 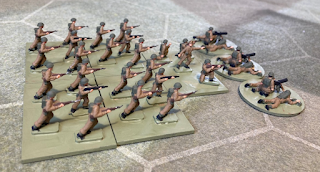 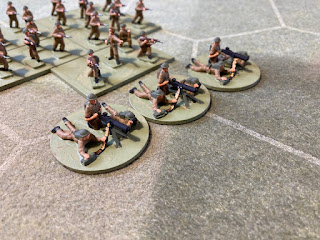 I plan to create two more companies, an HQ and some other support weapons to form a battalion sized unit.