A few weeks ago I showed some images of Count Goya's British Infantry at Waterloo, whereby he is in the process representing every British regiment present at the battle.

Well, a few days ago I received some more pictures, this time the cavalry.  It is quite a spectacle with nearly all regiments present at Waterloo represented, made up of old school 20/25mm figures from Hinton Hunt, Les Higgins plus others and there is even an Airfix unit amongst them.

The pictures say it all: 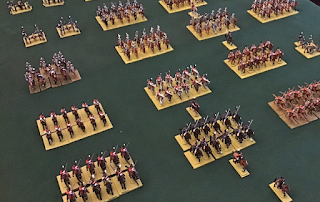 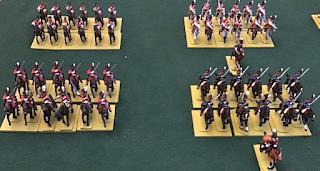 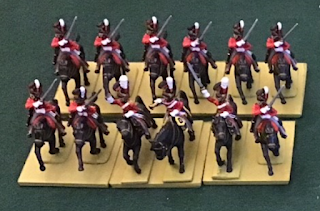 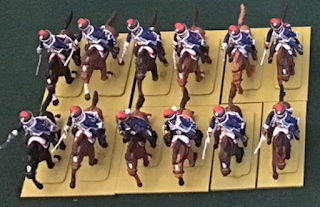 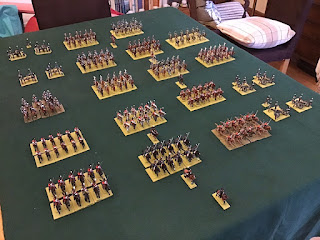