For a long time I have wanted to try the C&C scenario for Waterloo using miniatures, and my 'Scrapbox' army allows me to do this, as I have constructed all the units to match the C&C scenario. The internet is peppered with other examples of this well worn battle being refought using the C&C rules, but I feel it is worth a go, using my five inch hex board and terrain.

So, here is an overview of the table set up ready for play: 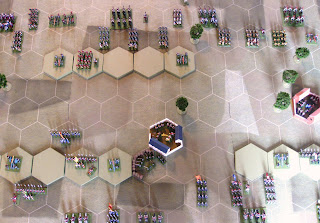 The French are at the top, consisting of a mix of Minifigs, Prince August and Del Prado figures: 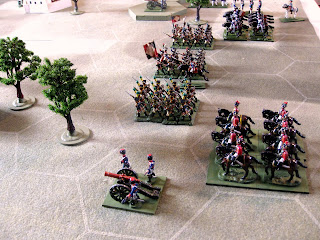 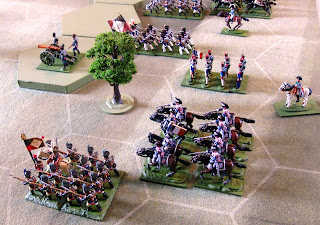 Ney in the centre: 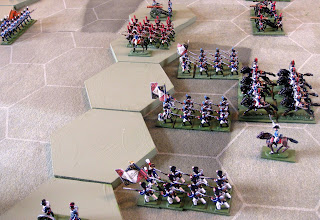 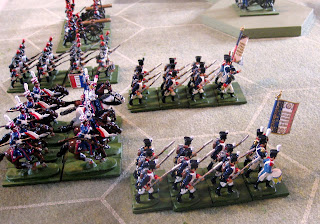 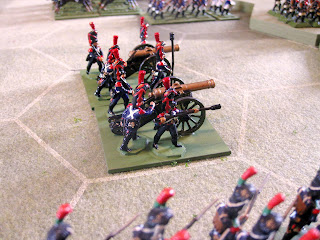 The Allies, consisting mostly of Prince August infantry, Del Prado cavalry and a mix of artillery, is deployed with Hill on the right: 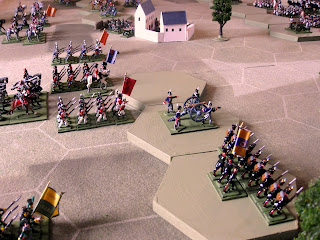 Picton in the left centre: 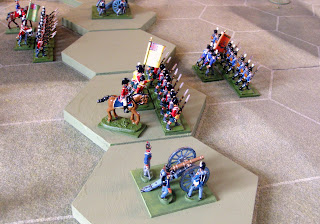 And Perponcher on the left, with the Dutch/Belgians: 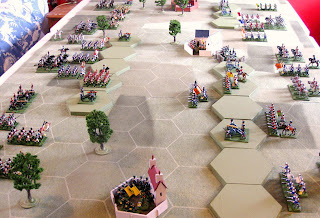 Hougoumont, on the Allied right: 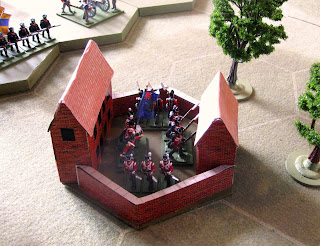 La Haye Sainte in the centre, with Rifles in the adjacent sandpit: 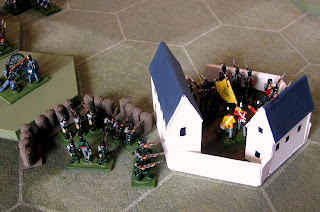 and, Papelotte anchoring the Allied left flank, held by jaegers: 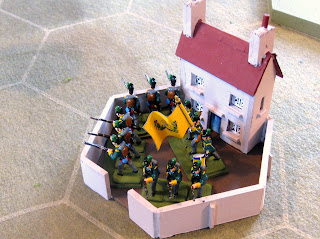 There are no Prussians in this scenario, so it will be a straight slugging match, with the French attacking and attempting to take the three strong points, or by destroying units to give a total of eight victory banners. The allies simply have to hold the French at bay and gain eight banners by causing French casualties.