From the scrap box - Dutch Infantry

The box of scrap figures produced 41 Dutch figures, giving me enough to produce 3 units with a handful left over. I was short of a standard bearer, but one of the spare infantrymen was easily converted. He carries the standard for the Jagers.  The units make up a Brigade of one light and two line regiments. 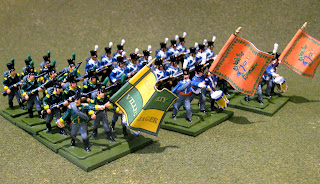 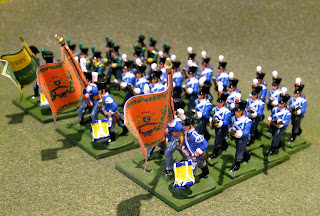 I am working on a further Belgian unit, although I have run out of officers, drummers and standard bearers, so ebay provided  some second hand moulds and I have been casting figures to plug the gaps. In addition I have been working on some highlanders and painting some British as British!