The butchers bill from the previous day's fighting amounted to some 3168 French killed, wounded and missing and 1221 Russians.  The French, although dismayed that they did not capture the Mamelon, were encouraged by the French Grenadier Guards who managed to gain entry to the defences. believing that the Russian defenders must be weakened, a further attack today might carry the Russian position.

During the night more Allied troops move up to the forward trenches, the French forces being augmented by additional battalions and some Turkish troops. At dawn the French prepare to attack once more: 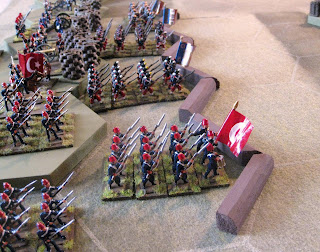 They begin with a barrage from the combined French and Turkish artillery and are encouraged when the Russian battery on the Mamelon is hit, losing many gunners: 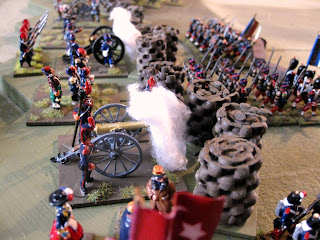 With the preliminary bombardment completed the infantry assault begins: 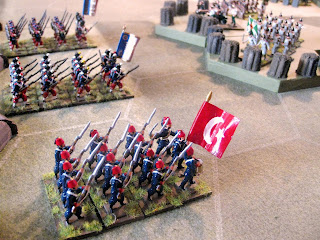 Almost immediately the French guards assaulting the battery are hit by salvo after salvo of cannister fire and are completely destroyed. A second French line regiment is cut down by musketry from the walls and is forced back - the attack falters: 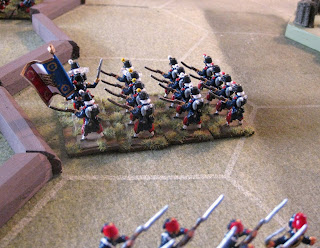 However, one of the Turkish units attacking from the right makes it to the wall and engages the Russian infantry: 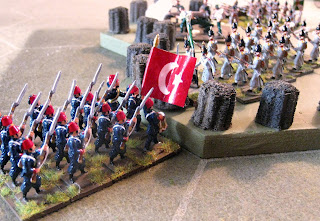 Unfortunately the Turks are isolated and are quickly forced back next turn. The Mamelon remains in Russian hands: 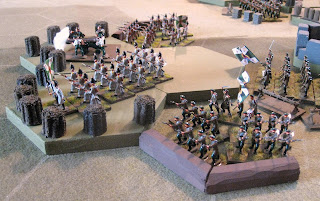 The allies reorganise themselves, order up some fresh troops and assault the defences once more: 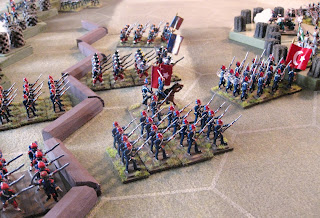 The same Turkish Regiment reaches the walls and batters its way into the Russian defenders, but the other assaulting troops are forced back. The lone Regiment is now in the Mamelon, but totally unsupported: 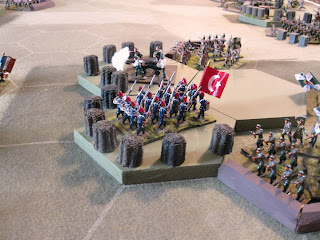 The result is inevitable and the Turks are destroyed. Once again the Russians control the Mamelon. But, the brave Turks have bought time for the allies, who are able to bring up more assaulting troops: 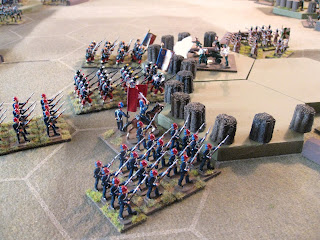 On the French left a line regiment storms the Russian heavy battery and sweeps it aside. Once more the tricolour is inside the Mamelon defences: 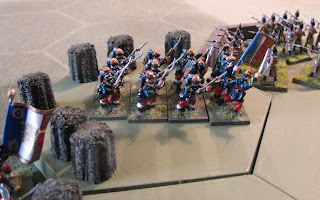 Having destroyed the battery the French push forward, but are met by two Fresh Russian Regiments who force the French out at the point of the bayonet: 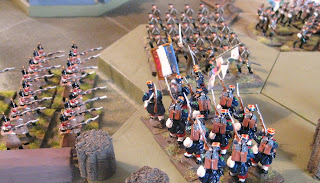 The allies make a fatal mistake. Another French line regiment forces its way into the Mamelon, but instead of bringing the supporting Turkish regiment with it, it is decided to assault the right hand defences held by a severely weakened Russian unit, this fails and the Turks are mown down as they approach: 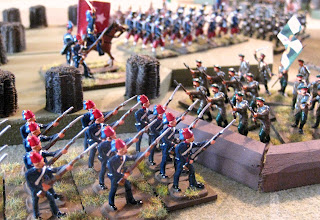 Once again an isolated French regiment is in the Mamelon and the Russians quickly counter attack, once again driving out the French: 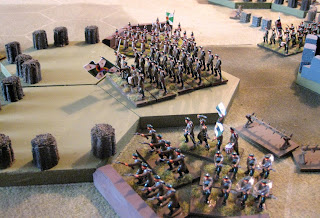 The cheering Russians watch as the battered remnants of the allied assault make their way back to the home trenches: 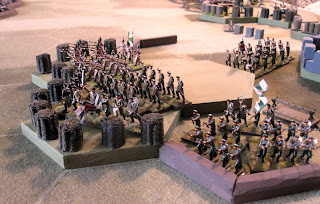 The cost is 2112 allied casualties to 561 Russians.  The allied commanders confer and feel that just one more assault should carry the feature; so during the night the French and Turkish guns are resupplied and two fresh Sardinian regiments take their place in the line. The Russians roll a better resupply score this time around and are able to resupply the guns and bring up a fresh infantry regiment into the Malakoff; however, they no longer have any guns left in the Mamelon.