The final figure types in the Douglas Miniatures Russian infantry range are line infantry depicted wearing the soft field caps. There are two figures, R16 Russian Infantry Advancing Greatcoat and Cap and R17, which is the same figure but in the firing position. This latter figure will be covered later.

R16 is quite a nice figure and in my view is a better casting than the line infantry in helmet model and I believe it is a completely different figure and not just a head change.

Unfortunately there are no command figures in soft hats, so you either have to find an alternative or use helmeted types. John Cunningham thinks that some additional figures may exist in the Russian infantry range, but to date none have surfaced. As an alternative, I have tried the offering from Tumbling Dice. Here is the link to their website:

I like the Tumbling Dice figures and they work quite well with Douglas Miniatures, but there are a couple of problems. The first is that all figures are in winter dress, which means they are in greatcoats. This is fine for the Russians, but not so good for the British. The second issues is that they come as mult-part kits, which is fine for a few command figures, but would be a chore for complete units. That said the castings are excellent and the figures do fill a gap in the Douglas range: 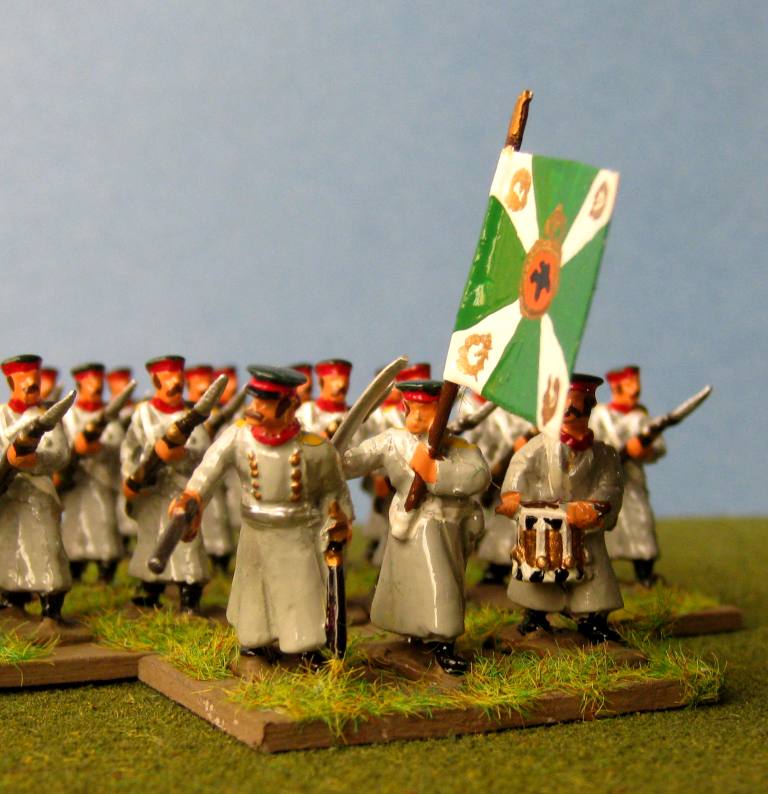