Douglas Miniatures produce three types of cavalry figures - Cossacks, Dragoons and Lancers. Here we look at R9 Russian Dragoon, who rides R9a Dragoon Horse. The figure is armed with a sword and slung carbine and wears the stovepipe shako and the drab greatcoat. I researched dragoon figures and from what I have discovered Russian Dragoons normally wore the spiked black leather helemet, as opposed to a shako. However on campaign the Hussars would look very similar to the figure depicted by Douglas Miniatures.

I have depicted my dragoons as hussars, in fact the Ingermanlandski Hussars, who were involved during the battle of Balaclava. I suspect the greatcoat cuffs would not be blue, but collars and shoulder boards would have been: 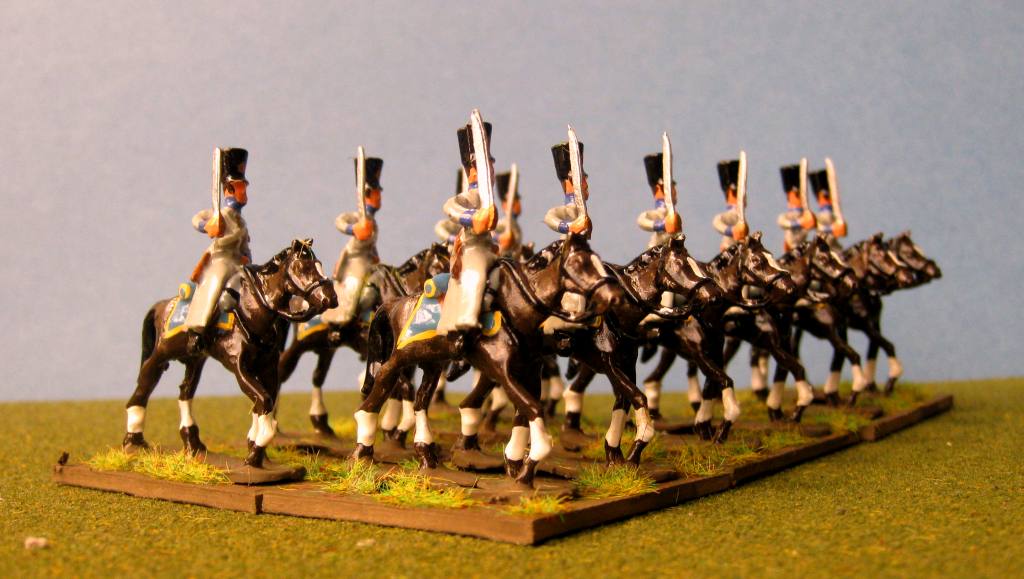 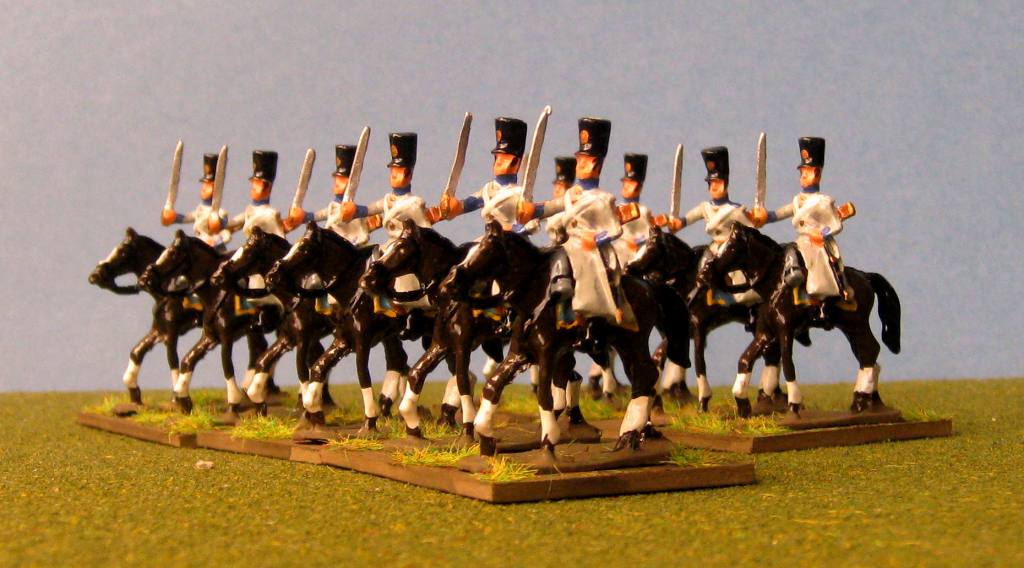 Here the same Regiment tests the thin red line - does not look good for the Russian horse!!