The 93rd Highlanders at Balaclava

There were three stirring episodes during the battle of Balaclava; the charge of the Light Brigade, the charge of the Heavy Brigade and the famous thin Red Line. This last incident, again portrayed by artists and writers, marks the occasion when the 93rd Highlanders formed line to prevent Russian cavalry threatening the port of Balaclava. After a couple of volleys the cavalry turned tail and the rest is history.

Douglas Miniatures have just one highland figure in their Crimean range and he is B19 Highlander Advancing. Unfortunately there is no officer figure or standard bearer and so substitutes have to be used. In this case I have used a Hinton Hunt officer and the piper and standard bearers are from the Miniature Figurines S Range (all available from John Cunningham). The standards are made from masking tape and painted with gloss enamels. 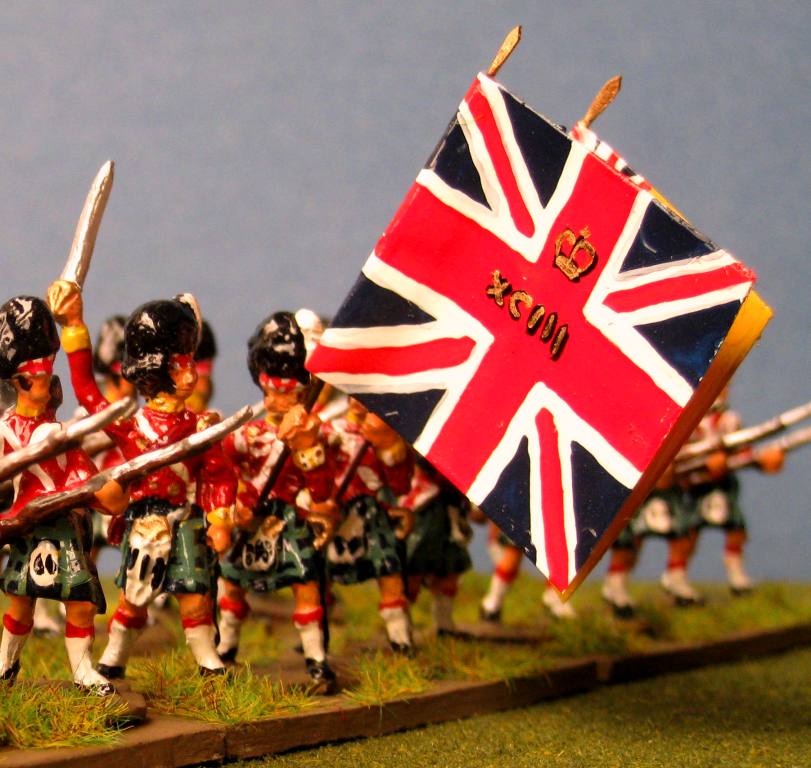 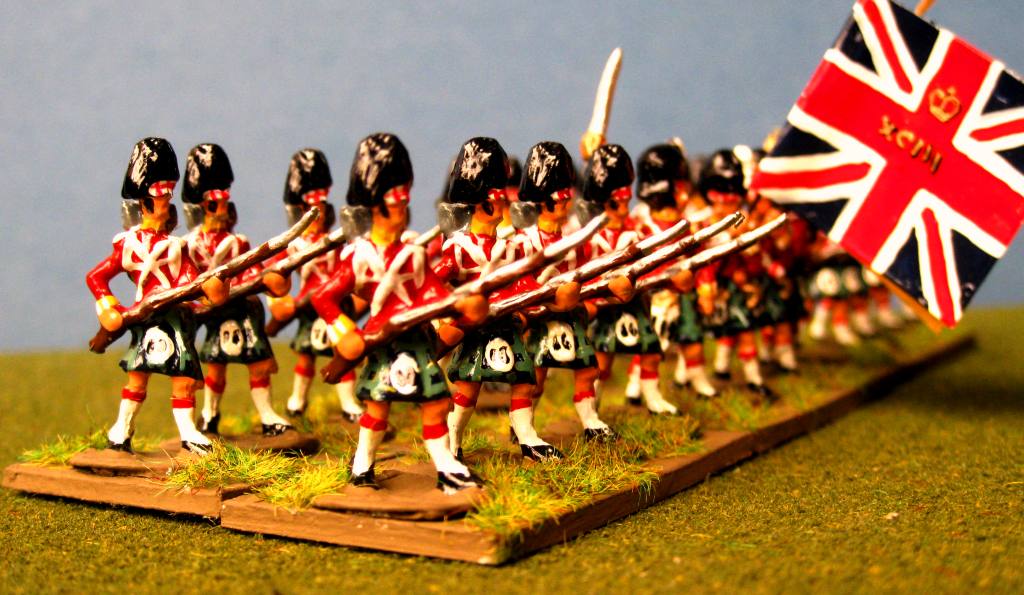 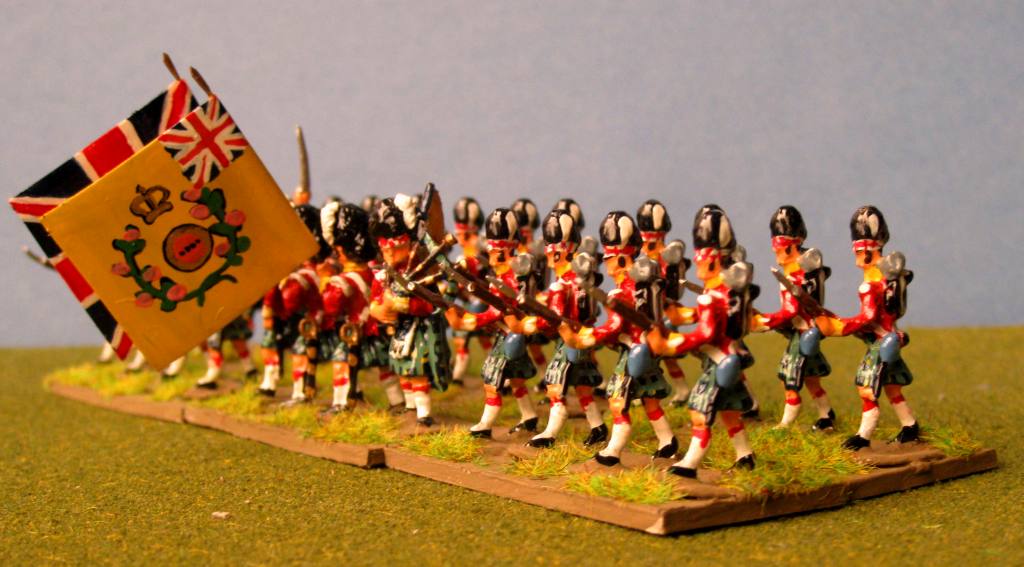 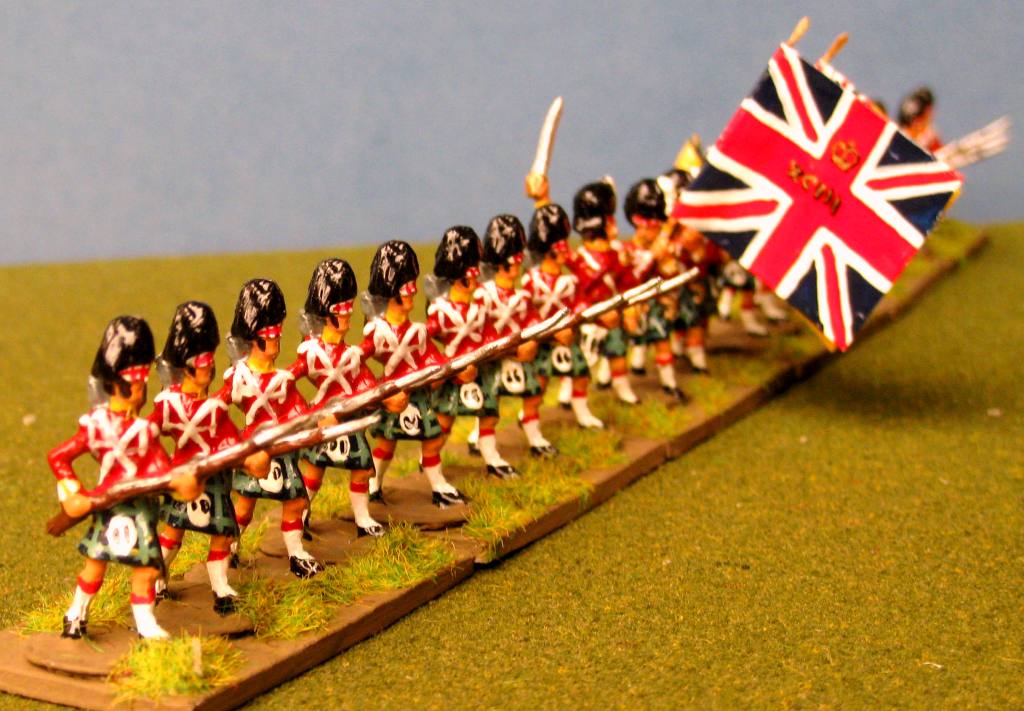