Although not included in the list below, it seems that Douglas Miniatures produced at least one mounted figure with the horse and rider as a single casting. This figure is available from John and it represents a British Heavy Dragoon trooper. 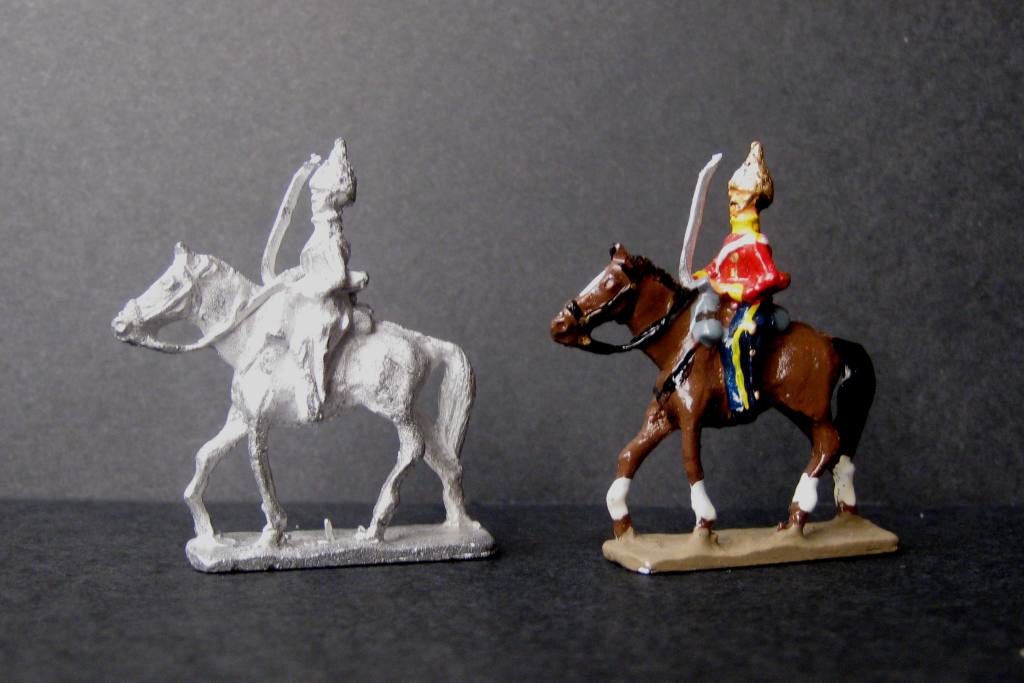 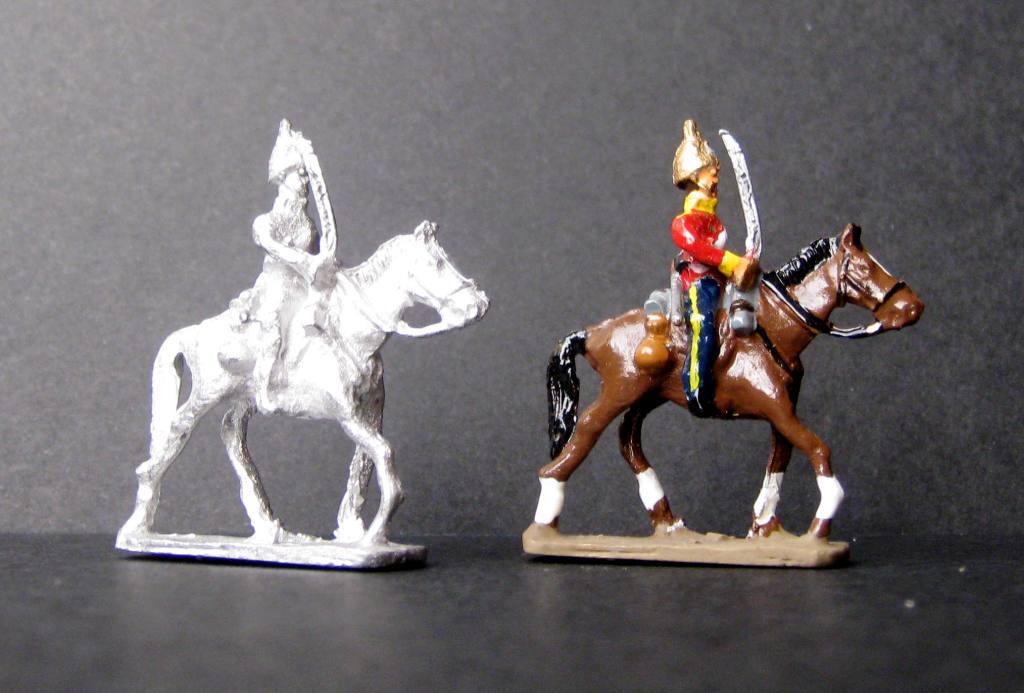 It is very similar to the two piece figure, B4 British Heavy Dragoon. When set side by side the one piece figure is slightly larger than the two piece, but it is not really noticable. Here you can see the two examples shown together, two piece on the right: 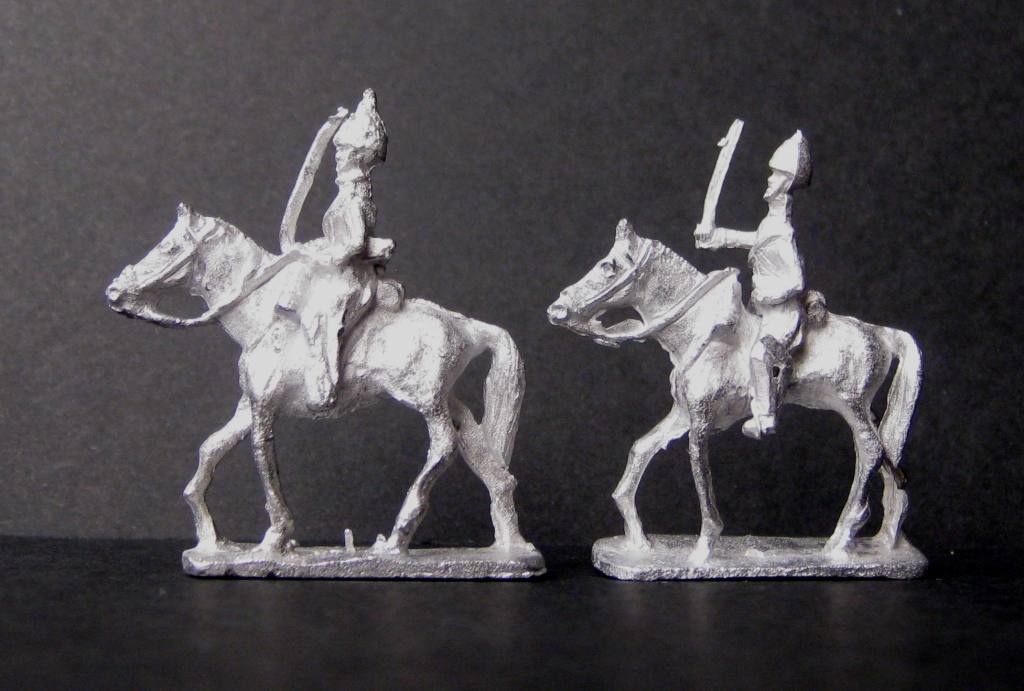 I would be really interested to know if there were ever any other Crimean figures produced like this by Douglas. I think the one piece is a finer looking figure and I will be painting a full unit of these.
Posted by Bob The Old Painter at 10:32