The gun uses common parts (wheels and barrel) with the Russian version, except that the gun carriage is A1 - Gun Carriage with Solid Trail.

The gun crew are dressed in light scales campaign dress (no pack) and wear the Albert shako. The officer figure looks identical to B5 British Infantry Officer - which is OK as the uniform is the same for the two, just different colours. 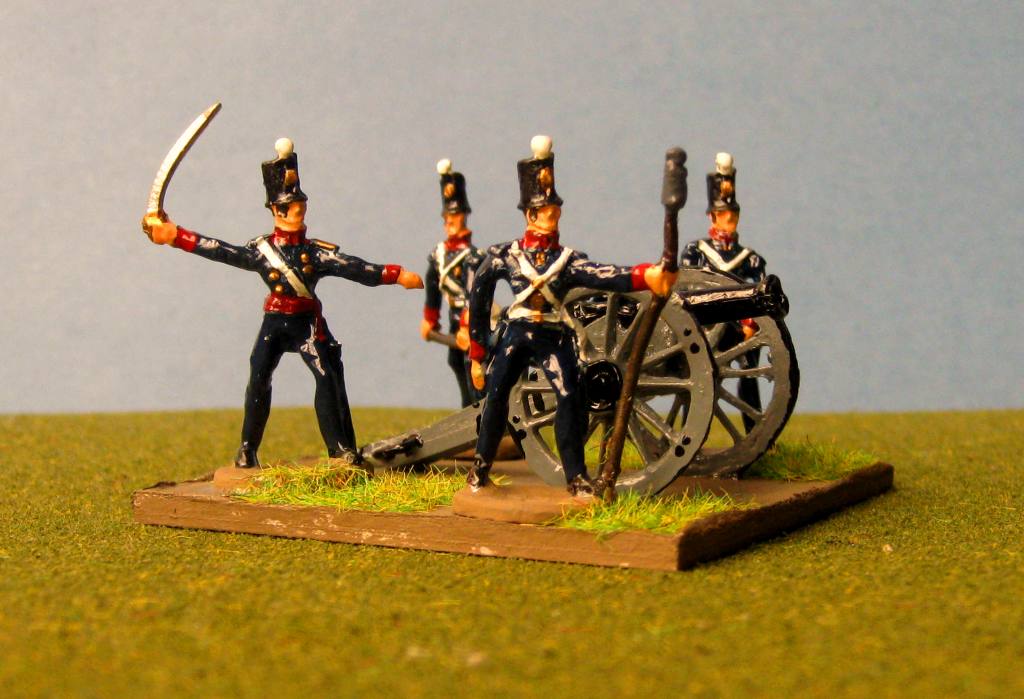 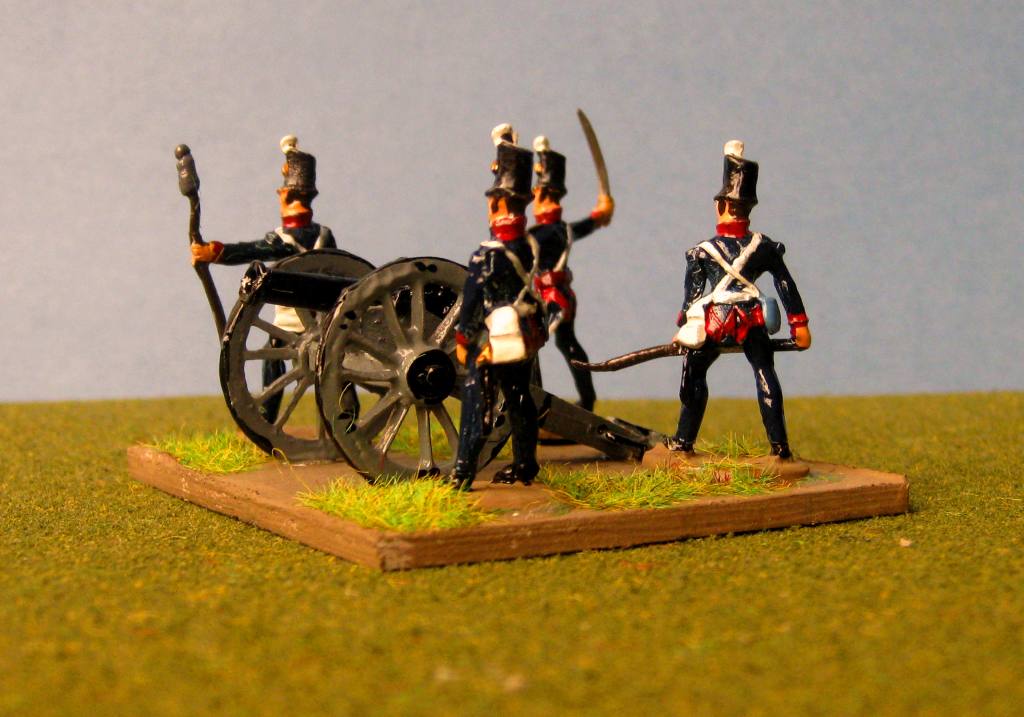