The foot guards of the British army in the Crimea were central to several actions and rather than being held in reserve they were often at the forefront of the action. This was the case during the battle of the Alma when the Guards and Highland brigades stormed the Russian positions on the heights. The same can be said for the Battle of Inkerman, with the guards in the thick of the fighting.

There is a problem with B8 and B9, in that the original mould creates figures with very weak swords and bayonets. A high percentage of mine broke off during painting. I recall this being a problem with the original figures back in the 70s. In any case I have replaced all of the swords and bayonets on my figures in order to overcome this issue. Here are some shots of the painted figures, the Coldstream Guards: 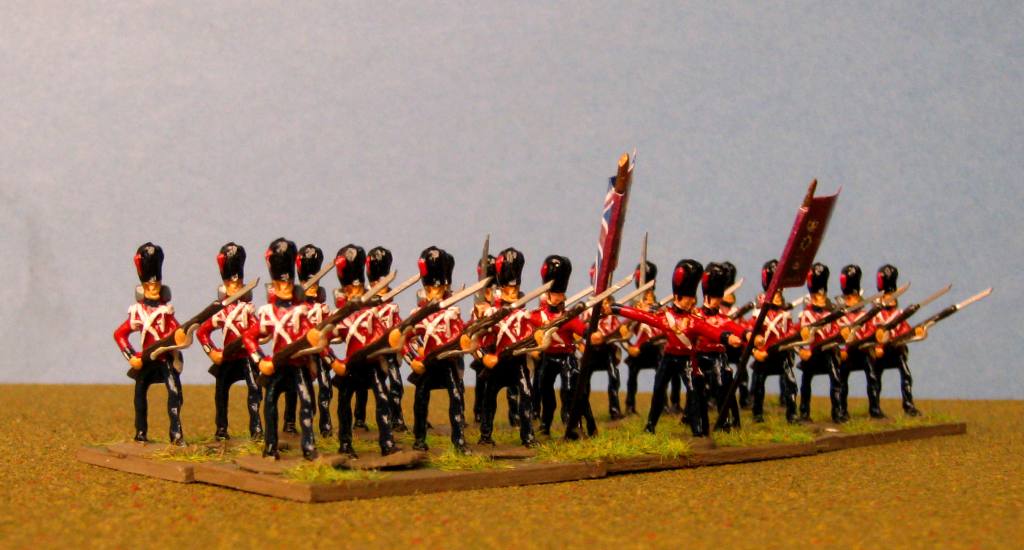 Here are a couple of close ups of the officer and standard bearers. The flags were sourced from the internet, sized and printed on ordinary paper. They are covered in PVA glue to give strength. 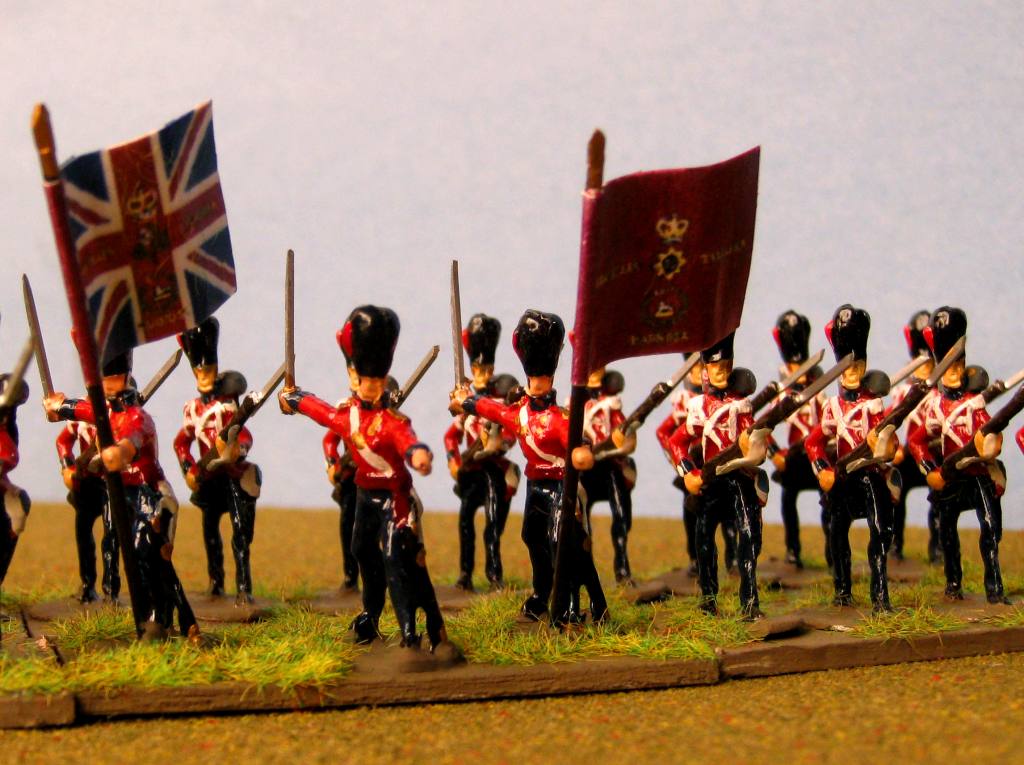 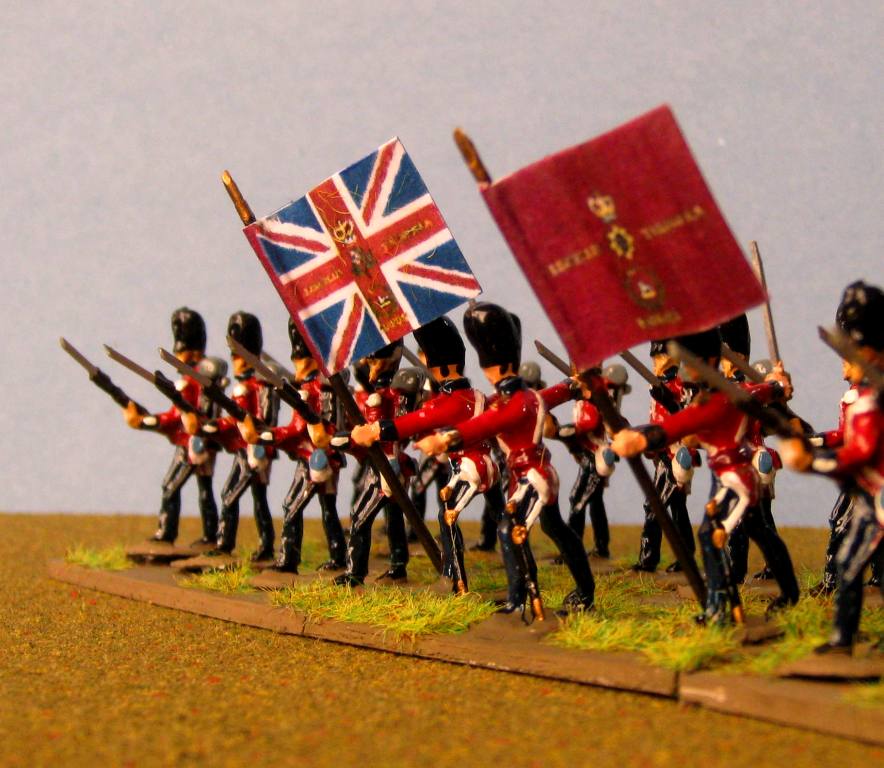 Finally a view of an unpainted running figure: 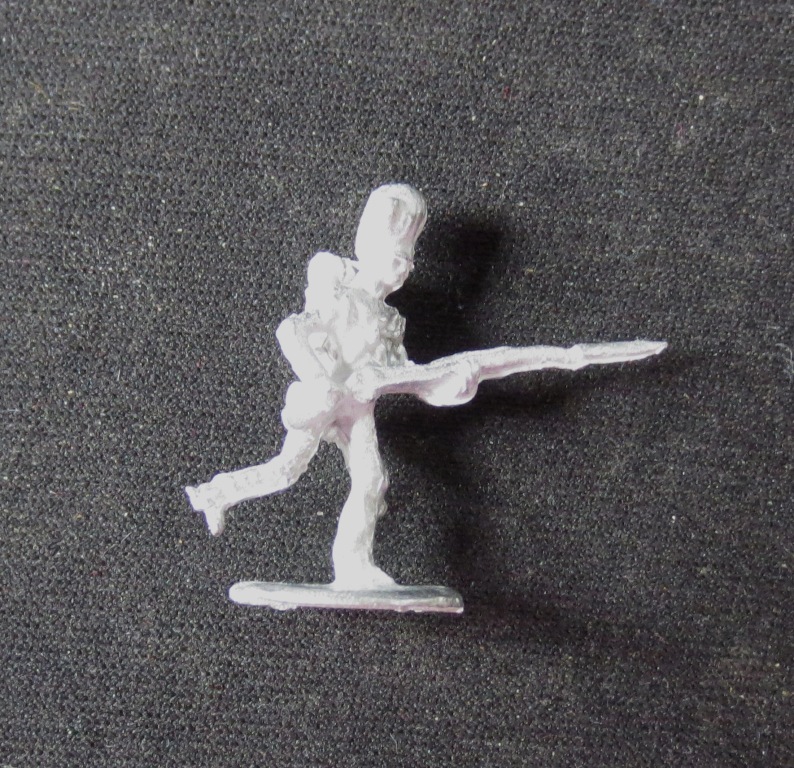