There were four British Line Infantry figures in the Douglas Miniatures Range:

B5 Infantry Officer - very similar or the same as the artillery officer.
B6 Infantry Advancing
B7 Infantry Firing (seen earlier painted as Rifle Brigade)
B17 Line Infantry Standard Bearer - so far not available.

I like the advancing pose. He is dressed in full marching order and wears the high Albert Shako, and represents a figure as they would have appeared as they stepped off the transport ships early in the campaign in 1854.

Here are the  officer and advancing poses: 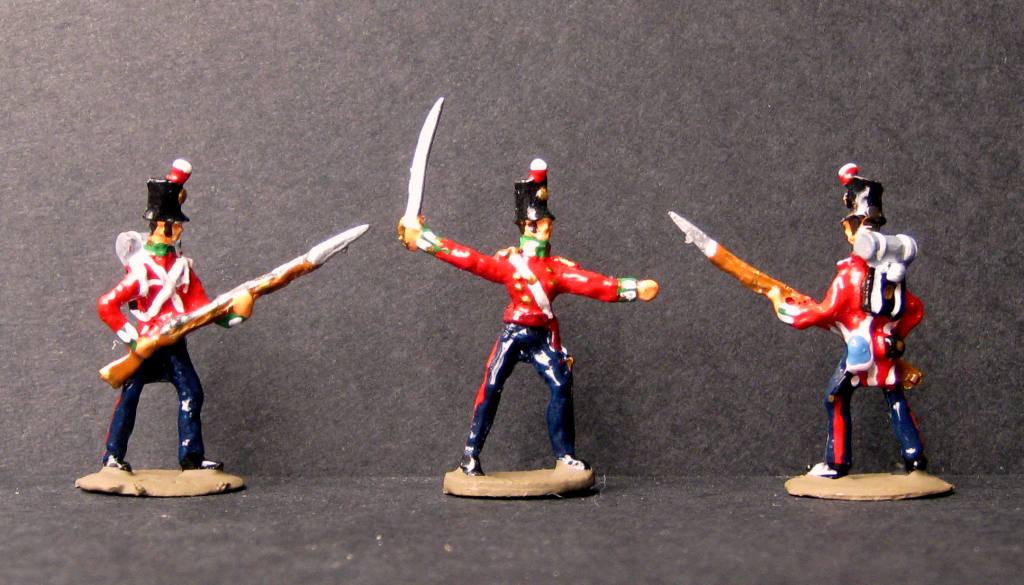 As mentioned above the standard bearer is not currently available (anyone got one in the bottom of their spares box?); however, if the figure follows previous Douglas Miniatures practice the ensign will be an adaptation of the officer figure. This is the case with the Russians and some of the Napoleonic ranges. So until an example surfaces I have adapted some of the line infantry officer figures: Here is the 68th Foot, part of the British 4th Division during the Crimean war. 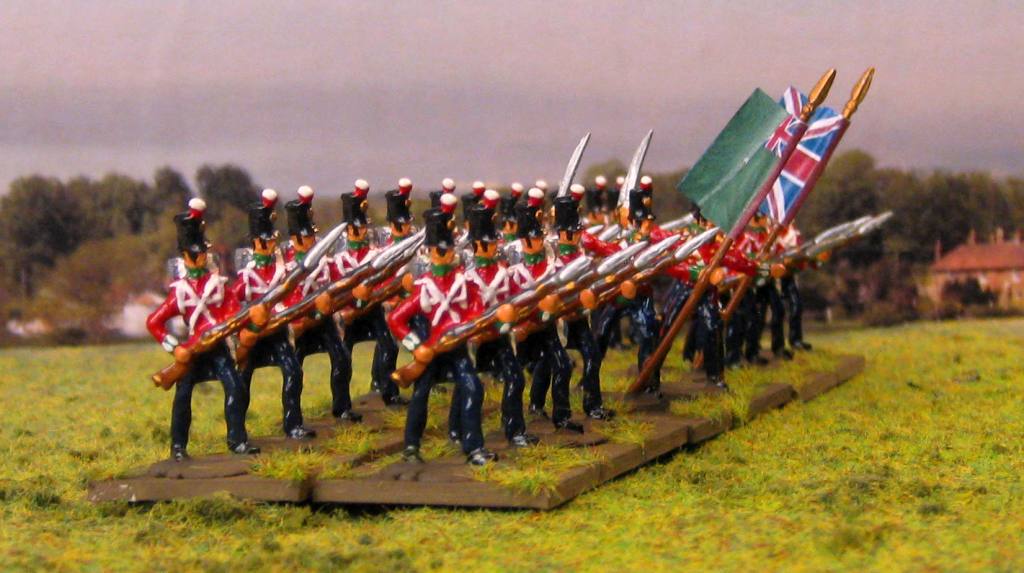 And here we have a British Brigade, the Right Brigade of the 4th Division, consisting of 20th Foot, 68th Foot and 1st Rifle Brigade. (the 21st Regiment is still to disembark!!). The staff officers are adapted from the Rose Miniatures 20mm Napoleonic range.