Here we have a dilemma as all good armies need commanders and there is nothing in any of the Douglas Range that could be used or converted easily. I have searched high and low for solutions and so far there are two options. First it is possible to use 20mm Napoleonic Generals and staff, although the tunic from the early 1800s is quite different to the frock coats more commonly worn in the Crimea. I have found that the Rose miniatures 20mm figure of Wellington is a reasonable starting point. This figure is currently available from Garrison Miniatures. The horse on this figure is not good, but at least it gives a generic general figure. I have painted three, one British officer in full dress tunic, one in undress blue and a Russian in Green:

The second option is to use Strelets figures from the "Charge of the Heavy Brigade set" for British and the "General Staff and Hospital set" for the Russians. There are some more figures in the Light Brigade set too.

Here is a British general with aides: 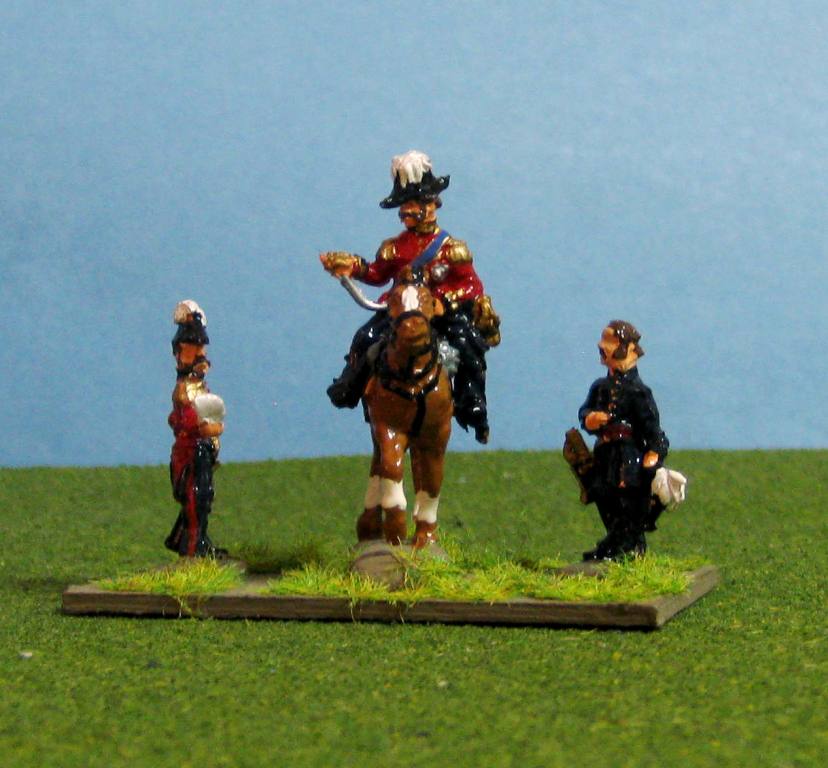 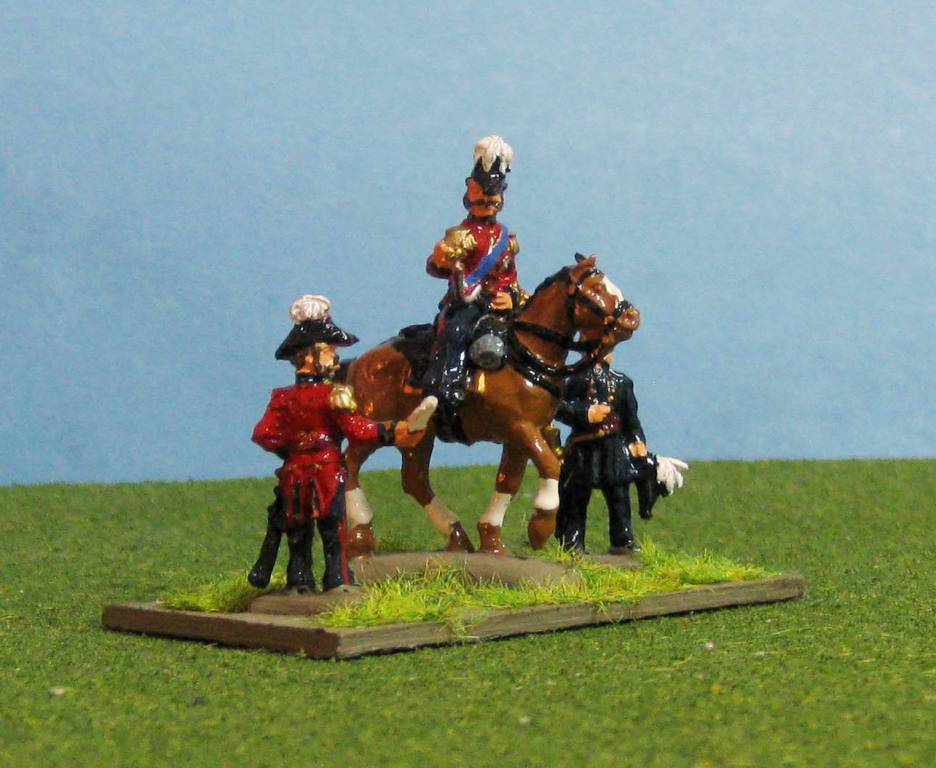 And some Russian staff, with Douglas figures to give an idea of scale: 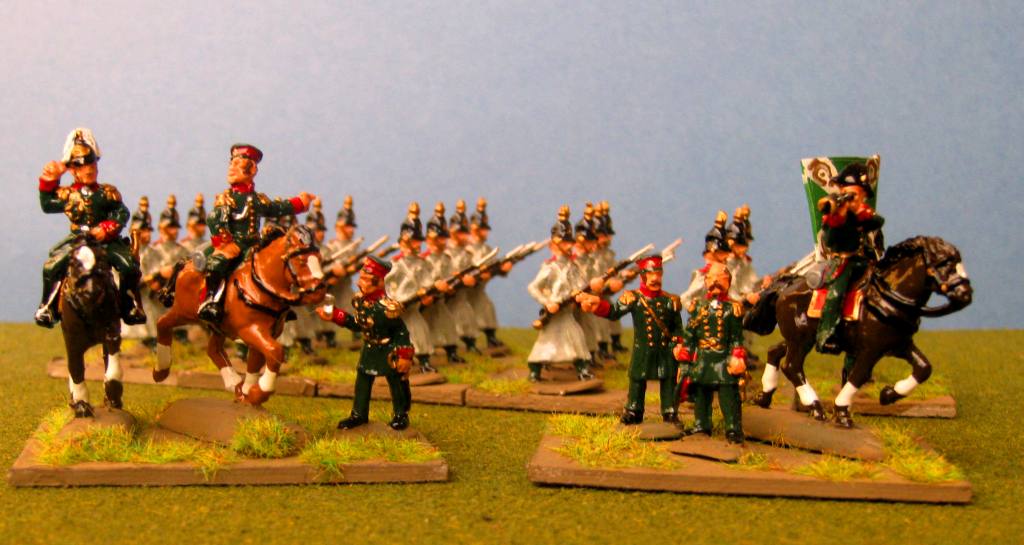 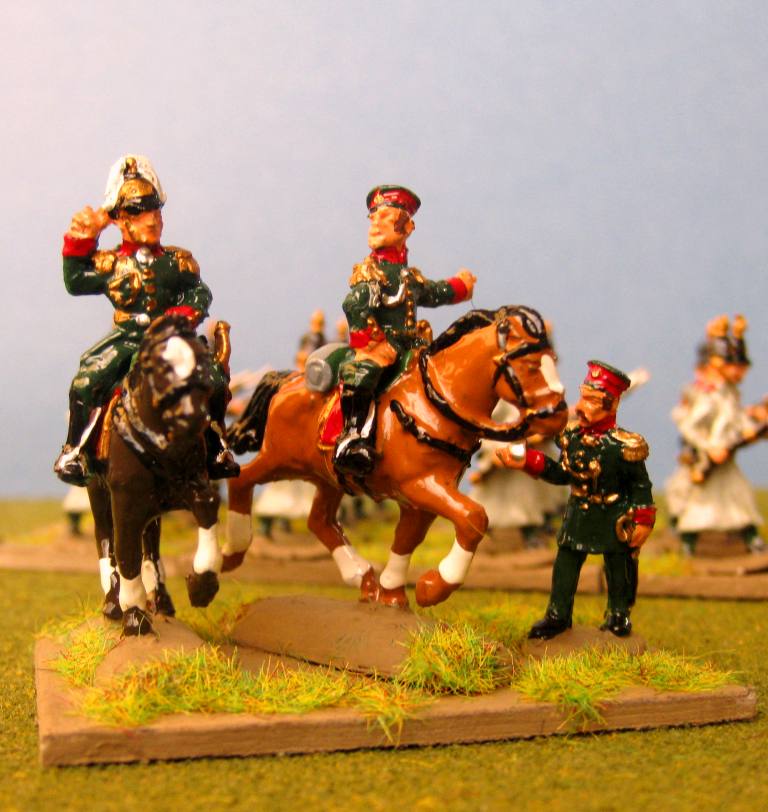 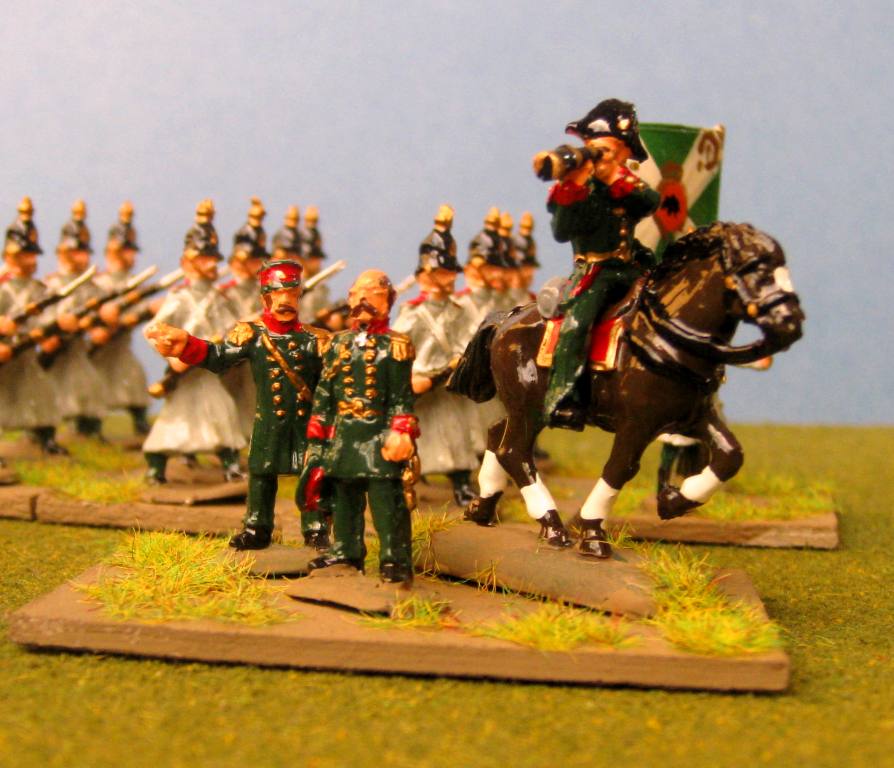