Compared to my German forces, the soviets that I will be using for my mini campaign are a bit thin. During the last week I have been addressing this by increasing the number of infantry and armour units.

A new infantry unit, in the standard format of four rifle sub units, a mortar and machine gun sub unit and a command element: 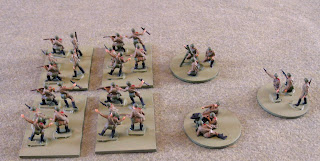 These are all Airfix figures. I have always liked the machine gun and mortar teams and it is a shame that Airfix did not produce these for the other nationalities: 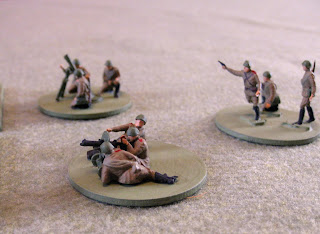 I also acquired two additional Roco Minitanks T-34s; one a 76mm gun version and the other has the longer 85mm gun: 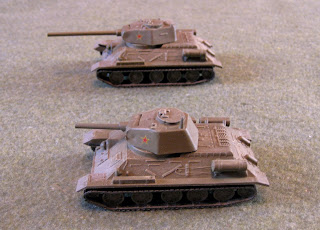 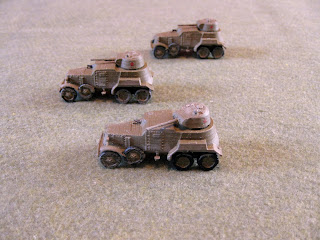 Finally some soviet heavy tanks in the shape of these KV-1As, also from BPM: 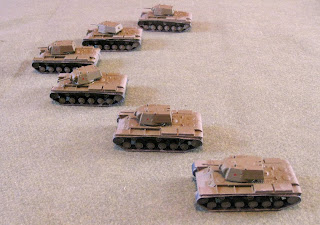 The soviets are just about ready to take to the field.