As part of the preparation for my forthcoming WW2 mini-campaign, I have completed the artillery support of the Soviet forces, along with some aircraft.

The guns are metal and by Irregular Miniatures, from their Really Useful Guns range and are scaled at somewhere between 15 and 20mm. Exactly what I needed to go with my Roco tanks and vehicles. The crews are 20mm, but on the small side and work well with the Airfix Russians: 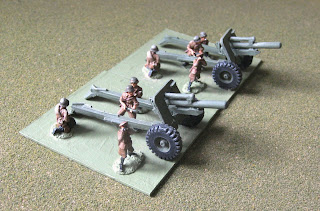 Second, we have two units of heavier 152mm guns: 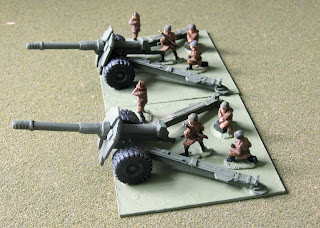 I have also created some air support, in the shape of 2 x IL-2 ground attack aircraft and two La-5 fighters: 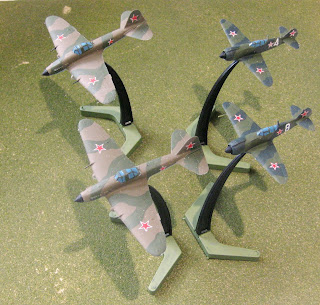