This was an exciting box to open, an old shoe box in the bottom of the container and full of landing craft and amphibians: 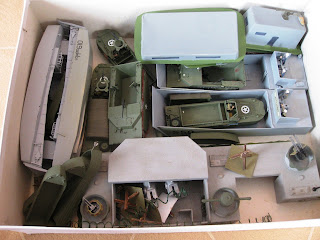 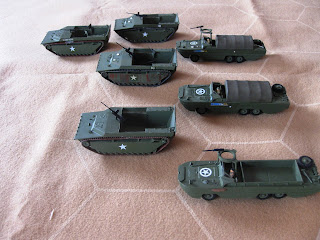 There were four lading craft and some assault boats: 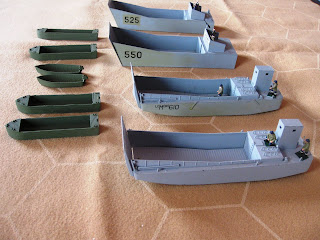 Then there were some home made beach defences and an Airfix Coastal Defence fort: 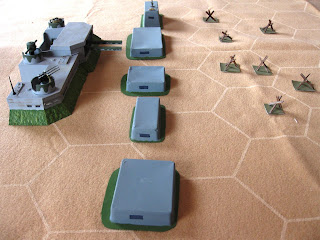 The bunkers were made from up turned plastic packaging: 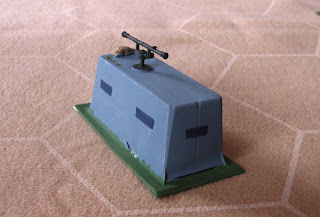 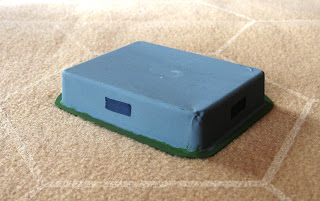 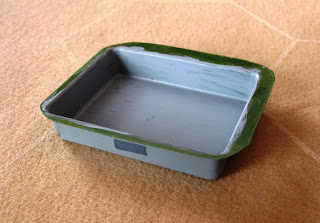 The fort was built from the box, but had some scale anti- aircraft weapons fitted: 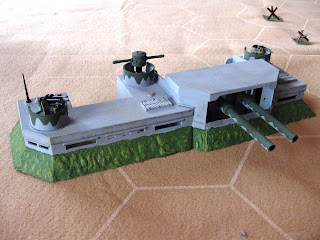 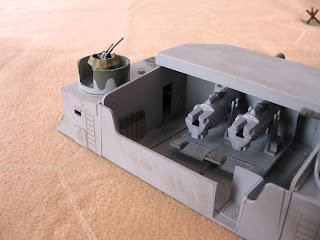 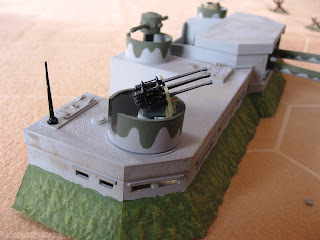 I am sure that there is another fort somewhere. It will likely turn up as I dig deeper