First up are some Germans, supported by an Airfix PAK-40 anti-tank gun: 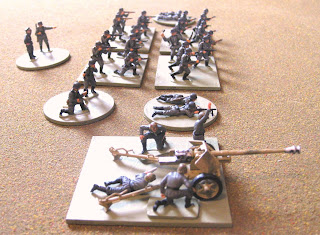 And from the same manufacturer, British infantry, with an Airfix 6 pdr anti-tank gun: 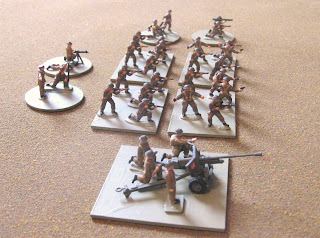 The same lot with their transport and OP scout car: 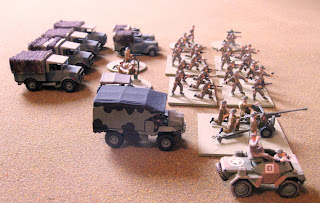 Although not quite the same as my old Airfix figures, I quite like the Matchbox offerings as they have a good variety of supporting weapons in the form of machine guns and mortars, that were not included in the Airfix sets.

The first group is British field artillery by Airfix: 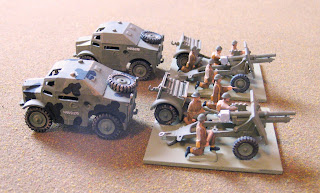