Last week when Bob Black came to visit we discussed the Great Northern War (GNW) and to my surprise Bob presented me with a number of 25/28mm figures by Ebor.  These were Swedish troops. Bob already has a sizeable Russian Army but has no opponent, so using the figures he gave me as a foundation I agreed to raise a Swedish army.

Now, what I know about the GNW would not fill a postage stamp, but I am learning fast. The armies seem to be equipped with early flintlocks but still retain a few pikemen to ward off cavalry.  The Swedes look very smart in blue with various facing colours, but a lot of yellow and buff.

I could not resist painting them in my usual gloss style and here is the result - rather spledid methinks: 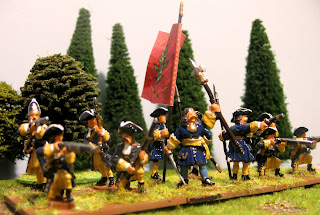 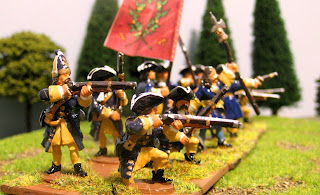 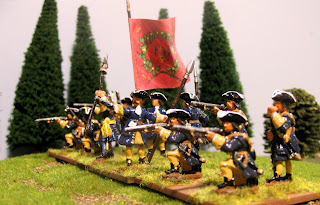 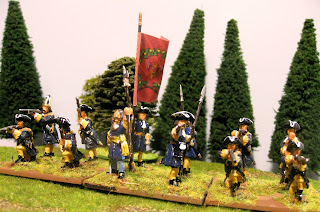 A couple of days ago a package arrived from Ebor with more figures and I am sharpening my paint brush!