A few weeks ago I ordered a new gaming mat from a US based company, Cigar Box.  I had almost forgotten about it when the postie delivered it to my door. It has an overprinted terrain map, which is in turn over printed with a three inch hex grid.

On first inspection I did not warm to it, but I set it up on my table and added some very basic scenery, which in my mind represents a part of Normandy.  I have added some tank models and some infantry stands to see what it would look like and how well they would fit.  I have to say that now that I have seen it set up it looks OK.

The three inch grid gives me scope for more figures to be used on the table, as opposed to my existing four and five inch hex mats.

Here are some pictures, the figures are Airfix and the vehicles are Roco Minitanks: 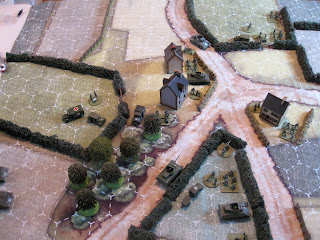 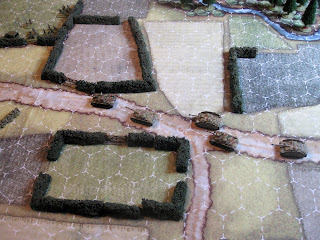 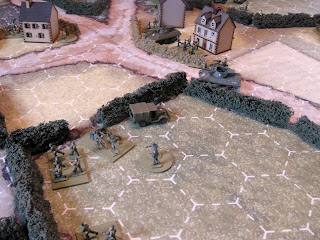