Continuing a review of Alan's Crimean troops, with my collection alongside them, I thought I would look at a couple of the smaller nations; Turkey and Sardinia.

I must say that I thought the collection of Turkish troops would be larger from my brief inspection of the boxes, but it turns out to be quite a modest force.  When combined with my collection it looks like this:

A total of six battalions, four cavalry regiments and nine guns (I forgot two guns which are in the box). On the left wing we have Alan's cavalry: 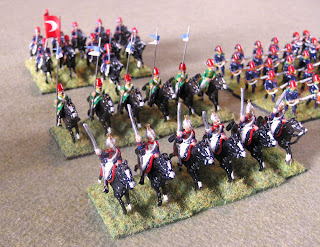 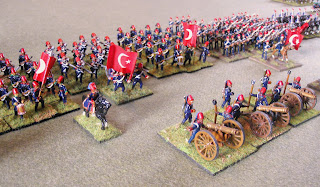 The infantry and cavalry from my collection:

Along with my guns: 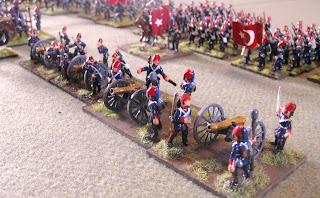 Next up, it's the Sardinians.

Again I was a little surprised as I was convinced that Alan had built up a Sardinian army, but when I looked he had just completed the cavalry. So, here we are: 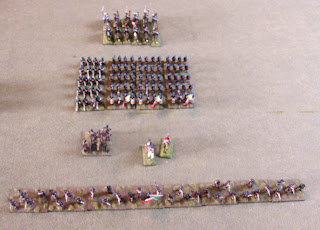 Just five infantry regiments, one deployed as skirmishers, one gun and a cavalry regiment.  Interestingly, the Sardinians did not send complete regiments to the Crimea, but squadrons and companies which were amalgamated in the field.  Alan has produced some wonderful conversions, painted in a variety of colours, reflecting the amalgamated squadrons: 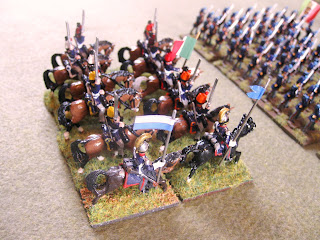 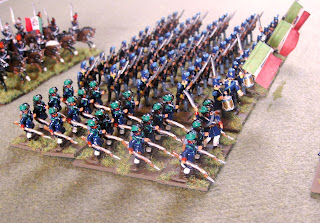 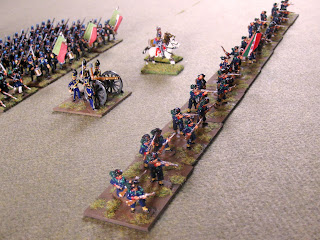 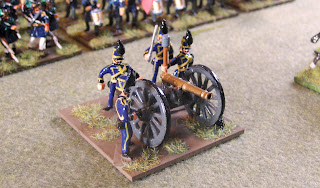