Being a really wet day yesterday, I thought I would go for a rummage in the garage and my eye fell upon a crate with WW2 German written on the side.  Inside there were a load of boxes, but three caught my eye and I took them into the house for inspection. 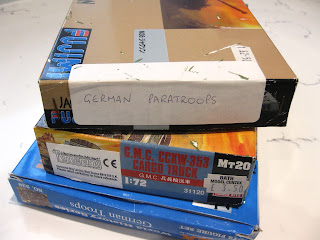 The contents had been there since a game up in Cumbria in the 1990s, a jumble of German paratroopers from various manufacturers, some painted, others not.  So, I decided to pick out the best, tidy them up and put them on bases.  There were two types; early war c1940 and later war c1944.

First off the early war figures, mostly by Airfix, with a few Revell items: 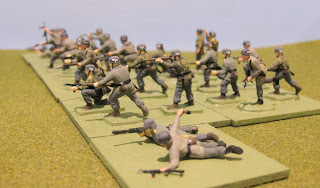 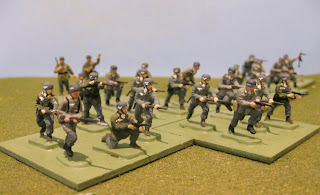 The second lot were mostly Revell, with a few ESCI and a scratch built recoiless weapon: 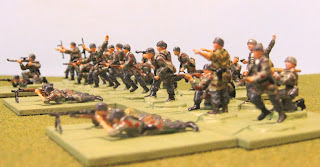 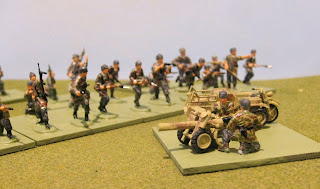 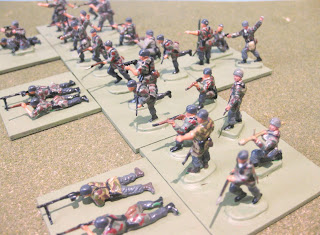 Now, I can see a game emerging that involves the early war paratroopers attempting to capture a bridge held by French infantry during the 1940 invasion of the low countries!