There are just four staff officer figures available from Warrior. Of these only two are of use for the Peninsula War, as the first figure is a model of Napoleon and another is a Prussian general in Feldmutz type cap.

The remaining two are a Field Marshal and a Marshal, which are described as suitable for any army on the Warrior Miniatures website.  They are fairly generic and with the right paint job they do look OK. First off we have the 'Field Marshal' figure, which I have painted as my Spanish commander: 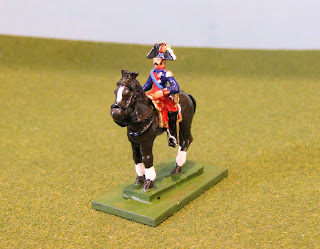 The second is the 'Marshal' figure, which I am using as my second British brigade commander (or Division), depending upon the scenario): 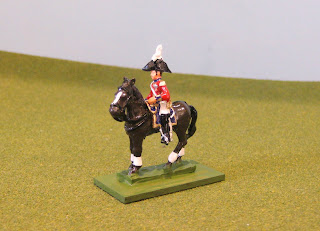 I have two French marshals too.