I have finally organised and based my Epic 15mm French army and I attach a few pictures to show the result.  I still have some more heavy cavalry and skirmishers, as well as some horse artillery to come back from the painter, but the army is just about complete. All of the figures were painted professionally apart from the Guard, which I did.

The light cavalry, Chasseurs, Hussars and Lancers, as well as a battery of horse artillery. 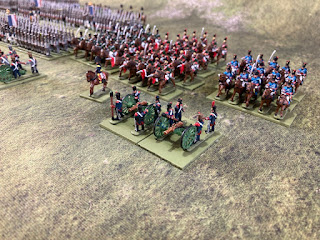 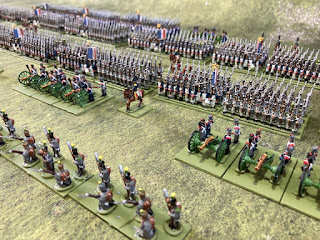 The heavy cavalry, currently consisting of just one regiment of Carabiniers and a horse artillery battery: 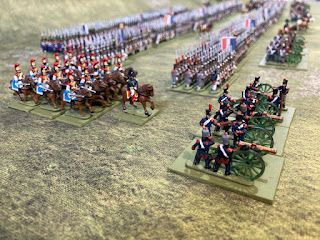 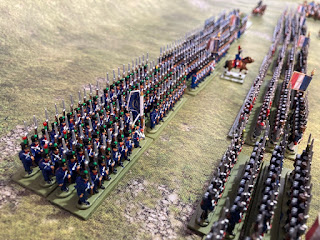 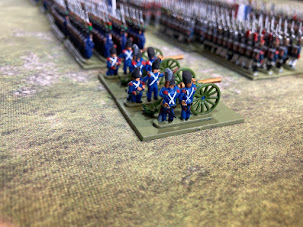 They will be in action soon.