Peter Johnson at Spencer Smith Miniatures has very kindly produced some ACW dismounted cavalry figures wearing kepis.  In addition he has converted a kneeling figure, which will be very useful.

I have a regiment of cavlry for both north and south, but I wanted to depict them in the dismounted role on the wargames table.  I also wanted them wearing kepis.  The other requirement is to have horse holders, so I have used the standing figure with three riderless horses in the role, while the kneeling chaps form the firing line.  I had to use horses from Irregular Miniatures, although I would have preferred something from Spencer Smith, if it were available.

Here are some test shots of some samples recently received from Peter: 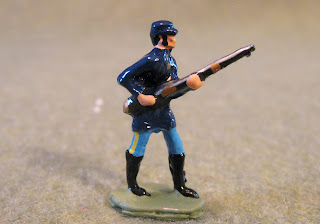 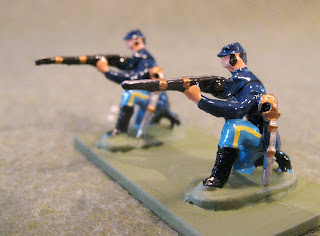 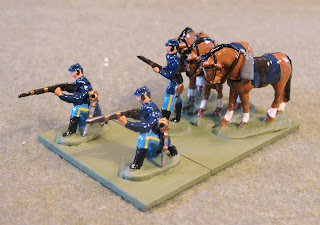 I am also working on some ACW limbers from Peter, which look very promising too.