Having painted sufficient troops for the first scenario, I thought I would set it up to see what it looks like. Unfortunately, my hills hexes which I ordered have arrived, but they are the wrong size. My fault. I did not notice that the company that makes them uses a different measuring point than that used by Warbase; they are too small by about half an inch - doh! I have ordered some more.

In the meantime I set up the first scenario in Battle Cry, which is First Bull Run, using a four inch hex mat.  I already had the hills and woods hexes from an earlier Napoleonic game and put these to good use. The units just about fit a four inch hex, but will look much better and a bit les crowded when I get to use a full five inches. Here are some images: 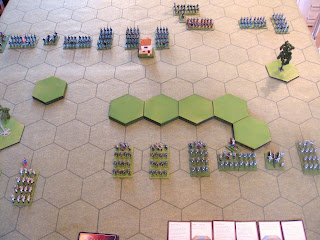 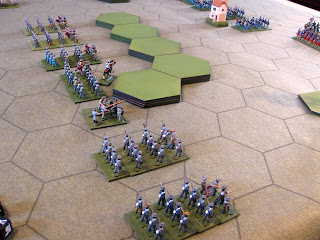 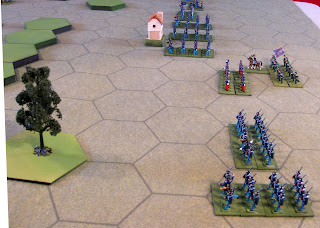 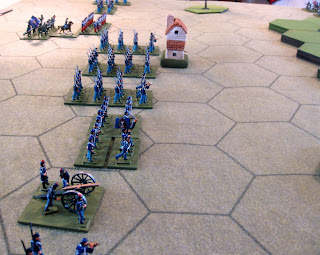 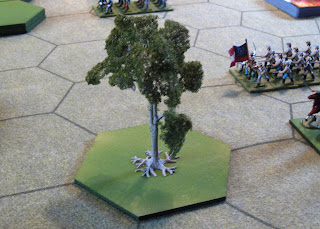