The allied army has woken up, however redoubts 4 and 5 and Canrobert's Hill off to the east have already fallen to the Russians. A few Turkish stragglers have escaped, but most have been cut down by Cossacks. Redoubt number 3 is now seriously threatened.

The Russians are advancing towards the ridge supported by artillery and a huge number of cavalry: 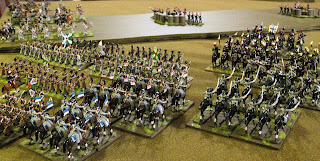 To the west the British cavalry have deployed to threaten the flank of any forces attacking towards Balaclava, with the Light Brigade looking down North Valley and the Heavy Brigade to the South: 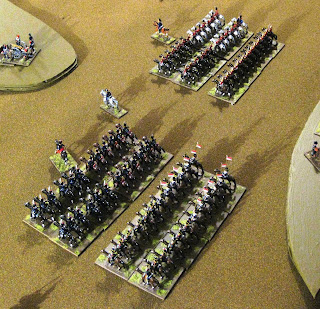 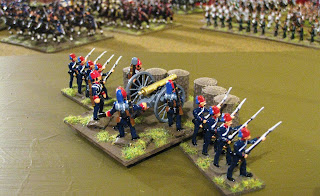 The forces defending Balaclava, under Sir Colin Campbell, are alerted and he has deployed the 93rd Highlanders to a small knoll on his left flank. Some Turks have deployed across the road, while Marines hold the heights guarding the approaches to the port. A horse battery has deployed in support: 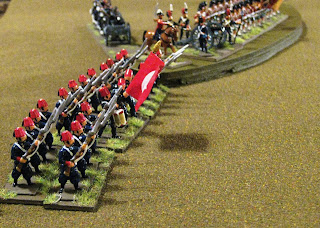 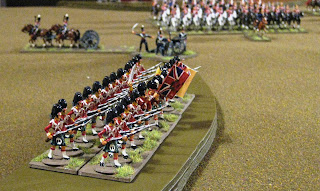 The battle is about to begin.
Posted by Bob The Old Painter at 09:51