Having secured the Causeway, General Liprandi, the Russian Commander, surveys the allied positions below. He can see the thin shield protecting Balaclava and off to his right he can just  make out the massed ranks of the British 1st Division closing in. He has the advantage of the high ground and a concentration of forces opposite the weak allied centre. He has two choices. He can sit tight and defend his gains, or move quickly and do as much damage to the allies before they reinforce. He decides upon the latter course of action and hatches a plan to capture the high ground that overlooks the harbour. He orders his cavalry to advance towards the 93rd's position and up the South Valley, supported by three regiments of infantry. At the same time he orders two more infantry regiments, with guns and cavalry to assault the Royal Marines and Turks.

Meanwhile, up on the Sapoune Heights Lord Raglan dithers. He does not have the strength to assault the Causeway Heights and he decides to wait to see what the Russians do next. Down in the South Valley the Allies see an increasing wall of troops moving towards them: 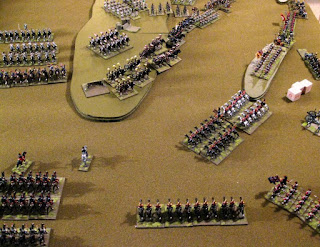 General Scarlett can see the developing threat and requests Lord Lucan, Commander of the Cavalry Division, to send up the remainder of the Heavy Brigade. Lucan refuses, stating that he only has orders for two Regiments to deploy in support of Campbell. He is annoyed because he feels he should have overall command of the operation, but Raglan has split command between Campbell and Lucan creating yet more tension.

The 93rd can see a mix of infantry and cavalry moving towards them: 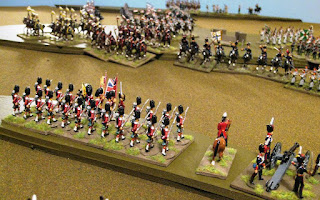 While over on he right, the Royal Marines come under a heavy bombardment as Russian infantry, supported by Cossacks, closes in: 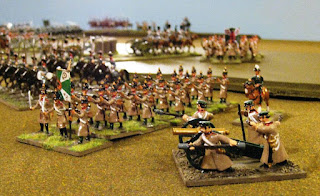 Scarlett decides to act. Ignoring Lucan, he orders his two Regiments to charge the advancing Russian cavalry and he leads them forward. The Russians are tested to see if they waver, but, on the contrary, they charge forward to meet the Heavies; 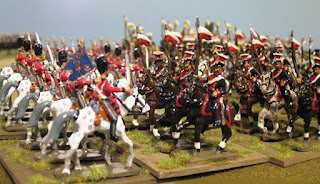 A huge melee ensues, with the Scots Greys being battered and pushed back, while the Inniskilling Dragoon Guards carve their way into the Russian lancers. Scarlett at the head of his Brigade takes a lance through the chest and is killed.

At the same time Cossacks and infantry charge the positions held by the Turks and the 93rd:

The Turkish infantry fire a volley and smash the Russian Cossacks, who turn tail. A similar fate awaits the Ural Cossacks, as they attempt to ride down the 93rd. Over 100 are shot from their saddles and their charge is halted. Supported by the British redoubt the Turks now face the Russian infantry 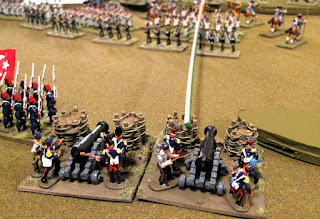 A third Regiment of Cossacks attacks the Marines and once again the are cut down by the minie rifles, however, the failed cavalry attacks have bought time and space for the Russian infantry who close in on the allied positions and are about unleash a storm of their own.....