Will and I played a quick tank battle, involving a few German and Soviet tanks.  I had six PzIVs and Will seven T-34s, two of which were armed with the longer 85mm gun.  We used my own 'Tank Action' rules which I have posted on this blog before.

The setting is a rural area with a river running across the centre and a key bridge (Bellona Bridge!).  there is also a ford.  Terrain consists of a small village, some low hills and a few small woods, seen here from the German end: 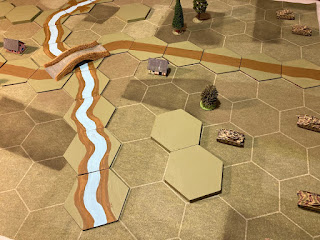 And the soviet end: 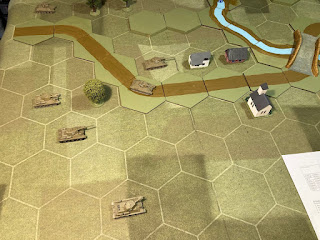 Both sides, out of effective range, moved into firing positions, with the Germans closing on the bridge and the soviets occupying the high ground near the village and the village itself: 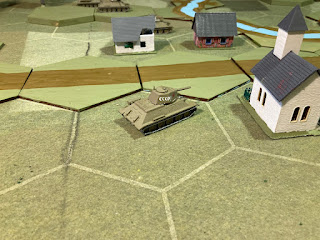 Soon the tanks were close enough for some long range shots which were largely ineffective, but first blood came for the Soviets, which saw a PzIV brewing up from an 85mm round: 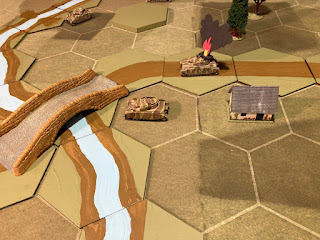 German revenge came quickly and a T-34/85 was destroyed: 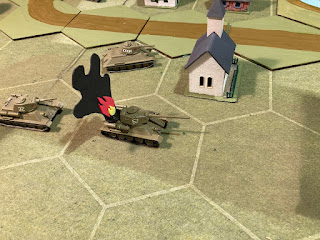 The battle see sawed backwards and forwards as the Germans held a line along the river and the Soviets edged forwards.  The Soviets had more success, bringing two tanks up to the ford, knocking out another of the panzers: 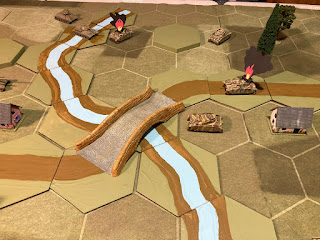 However the germans were now in strong positions where they could engage the Soviet tank side armour. The Soviet success in crossing the ford was short lived as a 75mm round penetrated the armour of a T-34: 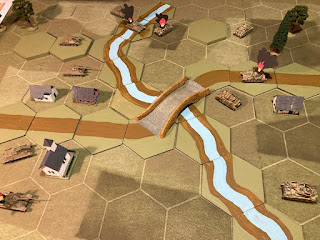 The soviet tanks continued to edge forwards and soon they had a tank on the bridge: 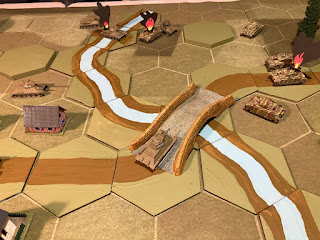 The battle raged around the bridge, with the soviet tanks moving around the flanks and engaging the Germans at close range.  Soon there were tanks burning across the field: 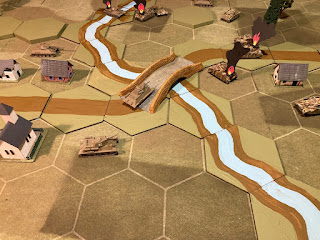 In the end the Soviets ran out of steam with just one operational tank remaining.  The germans had just two.  Whilst judged to be a German victory they were in no shape to carry on and would not be able to defend the bridge without reinforcement.
A fun game and another chance to play test my tank battle rules: 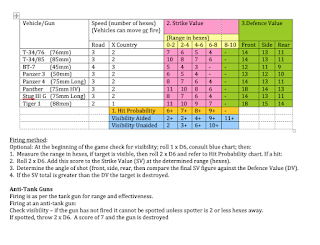