Last year Bob Black gave me a large number of his colonial troops that were partially painted and based, but needed quite a lot of work to finish them off. In parallel I have been working on three armies and the first was finally completed last night.

The figures are 25/28mm Irregular Miniatures and I think come from a 100 piece army which make up six warrior warbands and two cavalry regiment, one of which consists of heavy lancers.

the figures are really nice to paint and have lots of character, provided by the many varieties of heads and poses. 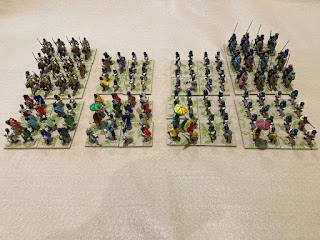 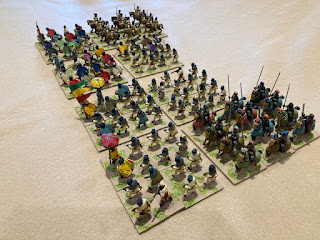 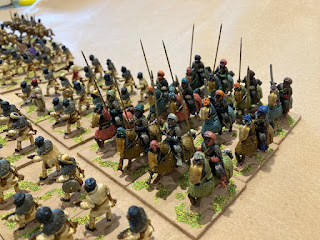 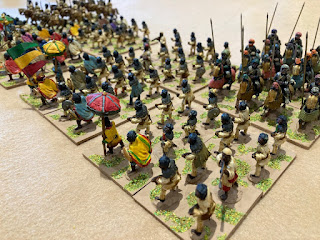 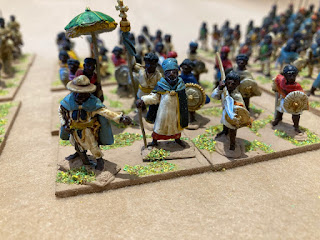 Work continues on a British colonial army, a British WW1 Middle East army and a Russian army! The latter having taken a back seat for the moment.