Over the weekend, Will came to visit with the intention of getting some soldiers on the table and playing a game or two.  As it happened, we managed three games.

The first was the battle of Bull Run 21 July 1861, based upon the Command and Colors scenario, which is focussed upon the action around Henry Hill house. The rules used were from 'Battle Cry, minus the cards: 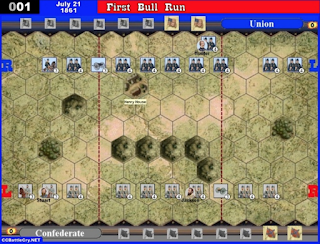 The troops were set out in accordance with the map, essentially with the Confederates advancing behind the ridge under Jackson, with Stuart's cavalry on their left.  The Union forces in greater number were arrayed in a long line behind Henry Hill House. This is the table at the start up: 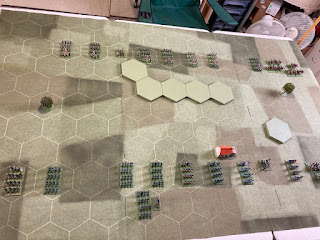 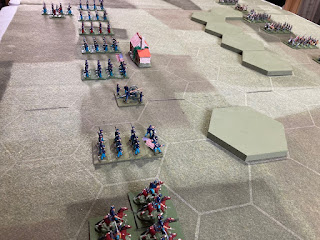 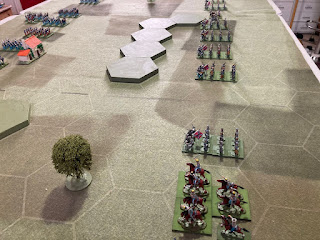 The battle began with my Union forces beginning to advance towards the ridge, while Will moved troops on to the ridge along with some artillery.  The Confederate opening volleys cut into the Union lines: 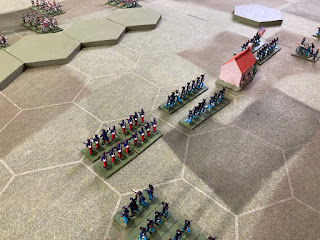 Now, Will is a Napoleonic buff and is unfamiliar with ACW tactics and firepower.  He seriously underestimated the weapon rages and effect of 1860s weapons.  His regiments on the ridge became very exposed and suffered appalling casualties.  His artillerymen were felled and worst of all, General Jackson is shot off his horse.  The Union sweeps the ridge clean of the Confederates.

Despite several counter attacks, the devastating fire from the Union reduce the grey lines even further. 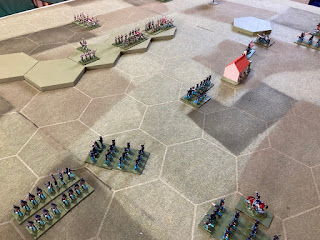 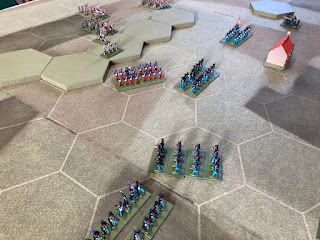 Will tries to outflank the Union forces by using his cavalry that sweep around the Union right: 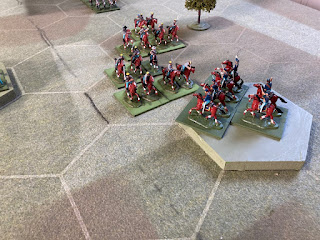 They are met by Union artillery fire and a counter attack bu Union horsemen.  Charging uphill the Confederate cavalry is checked, suffering severe casualties and forced back: 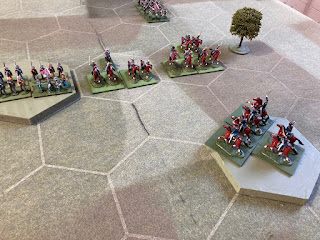 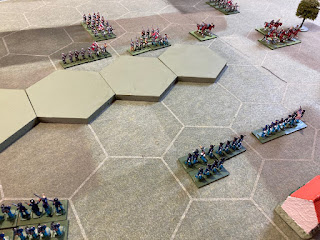 It is over.  After the quickest game we have fought, having lost both Generals the rebels crumble and run for it. A decisive Union victory is recorded at 6-1, although several of the Union regiments are severely battered. However, the lessons have been learned and Will agrees to a rematch, swapping sides.