Finishing Off My German Battle Group

In a recent post I showed the German battlegroup that was being put together to fight a campaign series of wargames.  Although nearly ready I had a shortfall of artillery units.

I have managed to acquire a second Roco 150mm gun, which now has an Airfix crew: 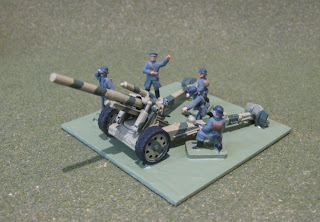 I decided that there would also be two units of Nebelwerfer (multi barrelled rocket launchers), that I sourced from my Memoir 44 equipment pack: 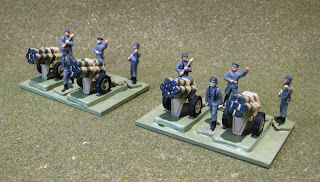 I also managed to get hold of a Roco 88mm gun, which will form a heavy anti-tank unit.  I am not too sure of the make of the crew, but they are metal from my spares box.  The Roco half track was in good condition and came as part of the group of vehicles that I have just renovated; merely painting it and adding a new windscreen: 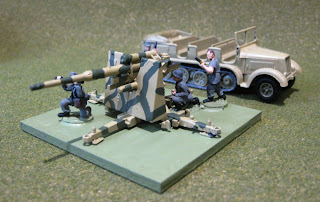 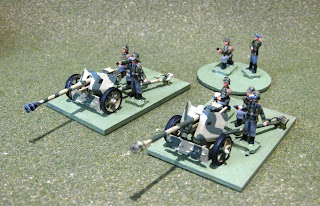 My German battle group is now complete. Next the Russians!