One of the readers of this blog very kindly gave me a number of Roco Minitank vehicles which included three Schwere Wehrmachtsschlepper (SWS) hailf tracks.  They had clearly seen some action in the past, with worn paintwork and some battle damage.

I really need some vehicles as gun tractors and prime movers for my new Nebelwerfer unit. So, I set about seeing if I could bring them back to life.

This is what they looked like on arrival at my workshop (kitchen table): 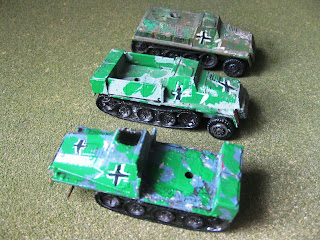 Not a pretty sight, but I thought with a good clean up, some scratch built bits to replace the missing bits and, in the case of one, some new wheels and axle.

All three were missing the armour plate from the nose and one was missing the side panels.  With some plastic card I knocked up the missing items: 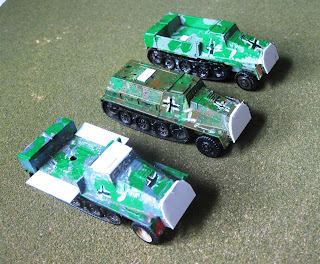 The new wheels came from the Airfix 88mm gun bogies.  I fitted a 20mm quad AA gun from my spares box to one: 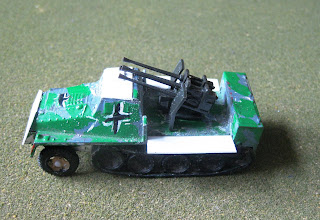 Then gave them all a coat of dark yellow: 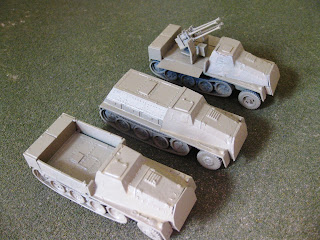 And finaly a quick paint job and added some loads to the open back vehicle.  The fourth vehicle (the one with the single fuel drum), is new and straight from the packet: 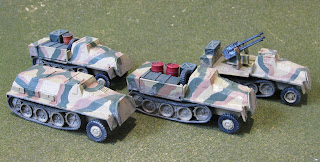 Now they can join my German forces.